"The forces and means of the Black Sea Fleet of the Russian Federation have started tracking": Spanish Navy missile frigate entered the Black Sea 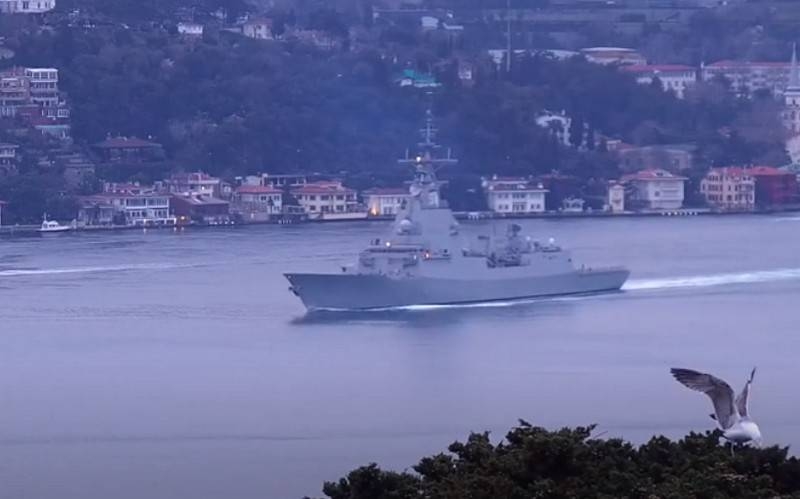 NATO is increasing the number of ships, simultaneously located in the Black Sea. According to the National Defense Control Center of Russia, the Spanish rocket frigate F104 Mendez Nunez entered the sea (Mendes Nunez).

After passing the straits, the frigate came under continuous surveillance of the forces and means of the Black Sea Fleet. Also under supervision is the one who entered 12 March in the Black Sea frigate of the Spanish Navy F105 Cristоbal Colоn (Cristobal Colon).

The forces and means of the Black Sea Fleet began to monitor the actions of the frigate Mendez Nunez of the Spanish Navy
– It said in a statement.

celebrated, that this is the third Spanish frigate, currently in the Black Sea. Except Mendez Nunez, Cristоbal Colоn entered the Black Sea, Flagship of NATO's Second Standing Naval Group, which also includes Turkish, Romanian and Bulgarian warships. At the moment, SNMG2 ships are in Georgian territorial waters.

Besides, NATO's Second Mine Action Group is located in the Black Sea (SNMCMG2), which includes a Spanish minesweeper. The ships of this group spent 16 March mine action, which also involved the Ukrainian Navy.

note, that recently, the number of ships of NATO member countries, not included in the number of Black Sea states, increased significantly. The alliance previously stated, what is this answer to “Russia's aggressive actions” against NATO allies and partners in the Black Sea.