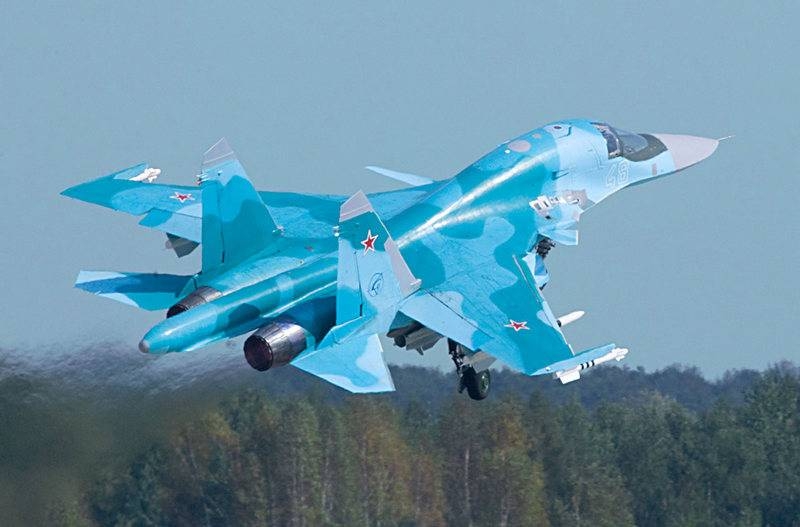 Russian Aerospace Forces began to receive a new modernized front-line bomber Su-34 NVO. The first aircraft entered service with the Central Military District. It is reported “Notifications” with reference to the MOD.

According to the publication, the first modernized Su-34 NVO (new opportunities) entered the bomber regiment in Shagol, Chelyabinsk region. The aircraft was received at the manufacturer's airfield., after which the pilots surpassed him to the deployment airfield.

As stated in the military department, the main innovation of the modernized version – powerful reconnaissance equipment and target designation system. Besides, Su-34 NVO differs from the base model in improved electronic warfare systems (EW), as well as weapons control and guidance.

Last year, the UAC reported, that 2021 year, the Aerospace Forces will begin to receive the Su-34, modernized as part of the development program “Owl”, completed in 2019 year. This upgrade includes an avionics update, installation of precision weapons and a set of several suspended reconnaissance containers.

As part of this ROC, three interchangeable suspended containers with reconnaissance equipment were developed, far superior capabilities of embedded equipment, they should give the aircraft a brand new opportunity to detect targets: optoelectronic, radio and radar.

Su-34 - the Russian multi-role fighter-bomber, designed to deliver air strikes against enemy ground targets in the operational and tactical depth in conditions of strong opposition. It belongs to a generation 4++ and it allows you to perform basic combat missions without fighter escort cover. Use the Control class weapons “air-to-surface” and “air-to-air” providing long-range with multichannel application. Equipped with a highly intelligent system of radar counter and Defense. flight range - up 4 000 km, maximum speed - up to 1 900 kmh, combat load - up to eight tons.