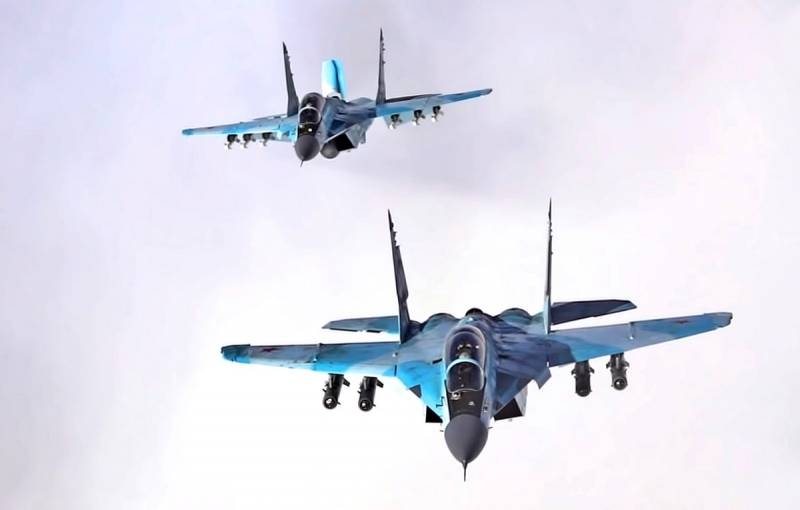 A batch of MiG-35S multipurpose fighters entered service with the Aerospace Forces (SCC) Russia. This is stated in the materials of the Russian military department., published in the departmental newspaper “a red star”.

MiG-35S planes delivered to the troops
– says the infographic.

MiG-35 fighter presentation, created on the basis of MiG-29K / KUB and MiG-29M / M2, It took place in January 2017 of the year. In August 2018 year of the RF Ministry of Defense signed with JSC “United Aircraft Corporation” (OAK) contract for the supply of the first six production fighters MiG-35S and MiG-35UB. In total, the state armaments program provides for the purchase of up to 2027 of the year 24 production fighters MiG-35.

MIG-35 – newest generation multirole fighter 4++, based on 5th generation fighter technology. It is designed to destroy air targets, as well as destruction of ground targets at any time of the day and under any weather conditions.

MiG-35 is equipped with new engines with increased thrust, equipped with an air-to-air refueling system and is able to act as a tanker itself.