Culture of consent: why in Denmark they offered to register a sex permit 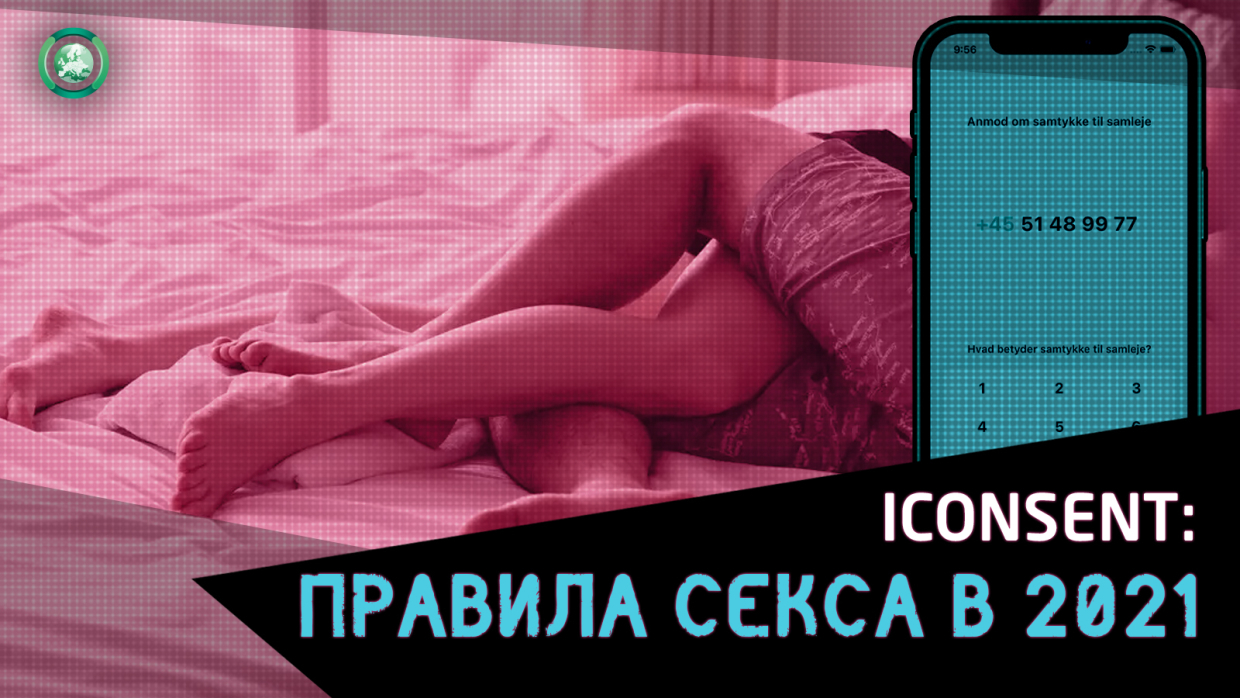 Europe is often positioned as a territory of free morals and liberal attitudes towards many types of sexual practices, however, in reality, everything turns out to be not so simple.

5 February 2021 years in some European publications there was information about the "new word" in the format of sexual foreplay. IConsent mobile application developed in Denmark, proposing “to make digital consent for sex the norm, preventing misunderstandings and abuse ".

Specialists of the Center for Human Rights Violations investigate, does Northern Europe really plan to register every sexual act, and answer the question about, why such applications are created.

In the second half of January 2021 of the year on Google Play it became possible to download the iConsent application. According to the developers, the service can become one of the ways to "prevent possible misunderstandings" between partners.

First of all, you need to enter the phone numbers of potential partners in iConsent - after synchronizing contacts, this will allow you to make a deal, fixing permission for sexual intercourse. It is valid for only one sexual contact and works exactly 24 o'clock.

If users do not want to limit themselves and their pleasure, it means, that electronic authorization must be requested for each sexual intercourse during one meeting.

Any of the participants in the process, of course, has the ability to reverse his decision at any time. At the same time, the iConsent developers clarify, that just getting confirmation in the app is not enough - the couple should discuss their feelings and decisions before, during and after intercourse.

The service encrypts and stores this digital contract as proof of the partners' consent. Data is stored on secure servers and can be provided at the request of law enforcement.

Popular Danish publications reacted differently to the new development. The columnist for the daily Politiken admitted, that at first he considered the appearance of the service as a kind of "sarcastic joke". However, it later became clear, that the developers are serious.

The reaction of other media ranged from "scandalous misunderstanding" to "rather absurd".

A number of lawyers opposed iConsent developers. they noted, that a "certificate of consent" is unlikely to be accepted in court - especially given, that the user may change his mind within the given 24 hours and try to prove, that someone has committed or been raped. In addition, critics rightly point out, that one of the partners can simply force the other to give consent to sex in the application.

Berlingske even openly sneers at the development:

"The app finally appeared, which makes sex as non-sexual, as well as a press conference on the situation with coronavirus ".

Professor at Copenhagen Business School and Member of the Danish Data Ethics Council Mikkel Flyverboom He stated, that iConsent is a shining example of "modern society's naive faith in technology". In his opinion, interaction between people is reduced to the exchange of digital data and pressing buttons.

According to Lena Stavngaard, head of the non-profit organization "Sex and Society", the app is "definitely not a consent solution".

"Sexual relations are not a contract., so they (developers - approx. order.) act completely wrong in relation to existing needs ", - stated Stavngaard.

"I'm afraid, that we desexualize our intimate life - too little passion and too much jurisprudence ", Said the sexologist.

December 2020 Years Danish parliamentarians, following the example of neighboring Sweden, supported amendments to the criminal legislation. According to them, sex without explicit consent is considered rape.. This interpretation of the definition of sexual assault coincides with the definition of rape, given in article 36 Council of Europe conventions on violence against women and domestic violence ("Istanbul Convention").

Supporters of the new law believe, that he will help Danish prosecutors: they often face a lack of evidence in cases, when perpetrators use threats of violence and implicit coercion, having sex with the victim. Given the fact, that many women at the time of the attack fall into a kind of stupor and are afraid to offer any resistance, this initiative is not devoid of its own logic.

At the same time, accusations of rape or sexual assault are a fairly popular Western trend in recent years.. In most cases, the victim is not even required to prove that fact, that at the time of intercourse violence was used against her.

Innovations in Danish criminal law are aimed at, to change the concept of the "presumption of innocence". According to her, the accused must prove the absence of guilt., the hypothetical victim is only required to report the crime and point to the offender.

You can't say, that such a tendency is characteristic only of criminal legislation. The same sports law has long been appealing with such a category as "presumption of guilt" - an athlete, anti-doping offense, automatically loses the right to participate in the competition and is obliged to prove his innocence.

"Unfortunately, with the external idiocy of the situation, everything is not so funny - just remember, what, At first, something similar in all seriousness was presented to Julian Assange and was one of the reasons for his detention.

Secondly, the introduction of electronic technologies into our life has long been uncontrolled. Soon after every step we take, including in the most intimate areas, will be monitored - and it's good, if only by special services, and not by private and idle persons. And contrary to many predictions, a person is unlikely to get used to such an observation, therefore, his behavior will change in the direction of painful mental abnormalities.

The very proposal for the introduction of electronic devices into the sphere of intimate life is a perversion and does not bear anything, apart from harm. To be logical, then you just need to oblige partners to use DVRs - and not only in this process, but in general at any moment of communication. I hope, such proposals will not be widely accepted, materials, thus obtained, will not be used as evidence in court, and in general it will not reach us ".

Accusations of sexual violence in the Nordic countries are almost tantamount to a complete discrediting of the individual in all spheres of society. Human rights organizations and law enforcement agencies regularly publish data on the number of sexual crimes over a given period of time.

At the same time, there is no information on the number of acquittals in cases of rape and sexual assault.. Among other things,, the percentage of false rape charges is not specified anywhere.

initiative, proposed by iConsent, not new in many ways. For several years there have been several applications with similar functionality.. These include We-Consent, UConsent, YesMeansYes, LegalFling and others.

There is a possibility, that the real percentage of rapes in Denmark is about 55-60% of all reported cases. Reach it at least 70%, the use of applications such as iConsent could well be adopted at the legislative level. Moreover, the purpose of creating such a service is not at all that, to protect potential victims. It is almost impossible to do this using mobile applications..

Documentary confirmation of consent is necessary primarily for those, who could potentially be accused of rape. Given the percentage of convictions and the tightening of legislation, regulating sexual freedom and inviolability, the number of such charges, including false, will only grow. Therefore, corporations are already beginning to think over possible options for existence in a new reality..