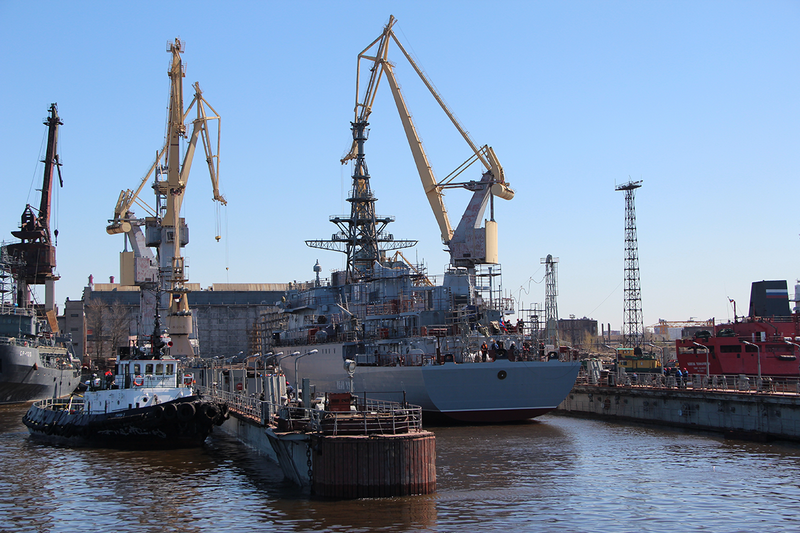 shipyard “Severnaya Verf” will receive a new boathouse for the construction of ships in the ocean zone in 2022 year. This was announced by the general director of the enterprise Igor Orlov.

According to Orlov, the construction of the new boathouse is on schedule, without disruption, completion of construction is planned this year, commissioning – at 2022 year. The new boathouse will have two berths wider than 50 meters in length 240, which will allow building ships and vessels of the ocean zone.

On 2021 completion of construction is planned, surrender – at 2022 year
– quotes TASS as the CEO.

planned, that the new boathouse will be used for the construction of frigates of the modernized project 22350M. At the same time, the date for laying the lead ship of the series has not yet been determined, although the state contract for the development and construction of the first frigate of the series was signed.

The date of laying the head frigate has not yet been set. The development of a promising new ship of the far sea zone is being carried out by the Northern Design Bureau in St. Petersburg
– explained Orlov.

Earlier, the United Shipbuilding Company said, that the construction of a new series of frigates of project 22350M will begin after the commissioning of a new boathouse on “Northern shipyard”. According to unconfirmed information, the lead ship of the series must enter the fleet no later than 2027 of the year, the whole series will be at least 4 frigates.