Two-thirds of the F-35s of the U.S. Air Force are not ready for combat due to engine problems 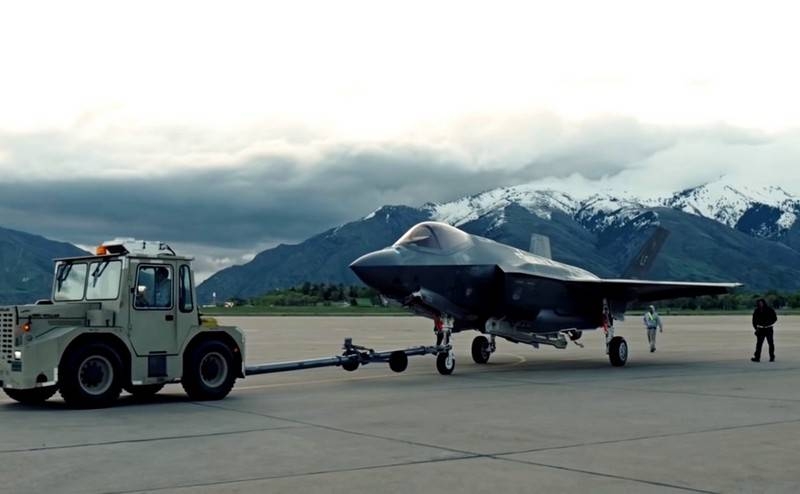 Two thirds of the total number of delivered fifth generation F-35 Lightning II fighters are in sky-ready condition due to constant problems with the power plant and airframe. This was stated by the deputy head of the Pentagon for procurement and procurement Ellen Lord, пишет MilitaryWatch.

According to Lord, to date, only 36% fleet of F-35 fighters. Measures are currently being taken to achieve 50% fighter operational readiness marks, after “with a bang” failed program to achieve 80% combat readiness of F-35 fighters, adopted in 2018 year under James Mattis, then US Secretary of Defense.

The reason for the low number of combat-ready F-35 is a problem with the engine of the fighter, and also with a glider. As it turned out, outer skin layers, responsible for low radar signature, constantly flake off.

Another problem with the latest fighters is the high cost of ownership., four times higher than that of the fourth generation F-16 fighters. According to reports, one flight hour of the F-35 costs 31 thousand dollars, when like the F-16 it is 7,7 thousands of dollars.

Although the F-35 was designed as an inexpensive single-engine fighter, maintenance-free, to serve lighter, cheap and inexpensive analogue of the F-22, but the operating costs and maintenance requirements of the aircraft were extremely high
– quotes edition of the word by Ellen Lord.

celebrated, that at the beginning of January this year, acting. US Secretary of Defense Christopher Miller unflattering about the fifth generation fighter program, called the F-35 “lump…”.