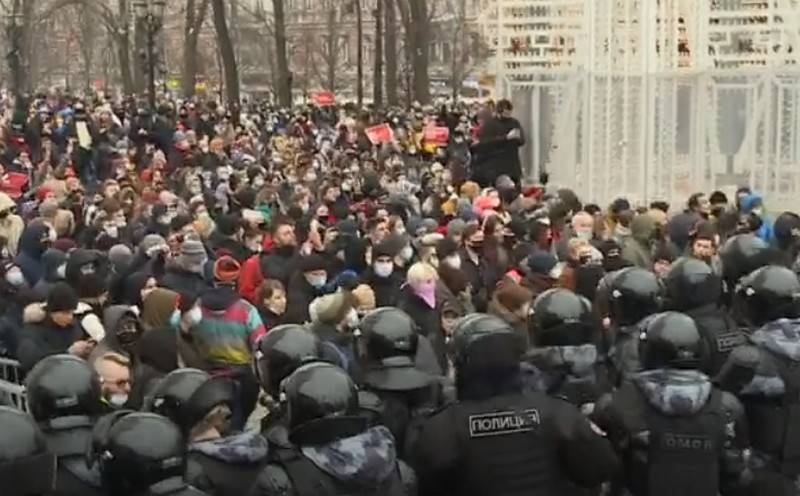 The US Embassy in Russia was aware of all plans for illegal actions in support of Navalny, including time in each city, as well as traffic routes.

The American Embassy on its website spread a message about the planned actions in support of “Russian oppositionist”, advising their citizens to avoid these activities and any other, related to protests. At the same time, the message indicated 12 large Russian cities, in which illegal actions were planned, start time indicated, protester gathering points and traffic routes.

The Russian Foreign Ministry drew attention to this message, notifying the embassy that, that any attempts “lighting” unauthorized rallies will be regarded as gross interference in the internal affairs of the country. According to Russian diplomats, the actions of the US embassy coincide with the directives of Washington to stimulate “protests in countries with governments they dislike”.

Such comprehensive data goes beyond “care” about own citizens in Russia
– stated in the Russian Foreign Ministry.

Meanwhile it became known, that about 4 thousand people took part in an illegal action in Moscow. On Pushkin Square, protesters began throwing plastic bottles and snowballs at the police, chanting various chants, including abusive. Reported clashes with police, there are victims.