Crimean walruses told FAN, how to start swimming in the sea in winter 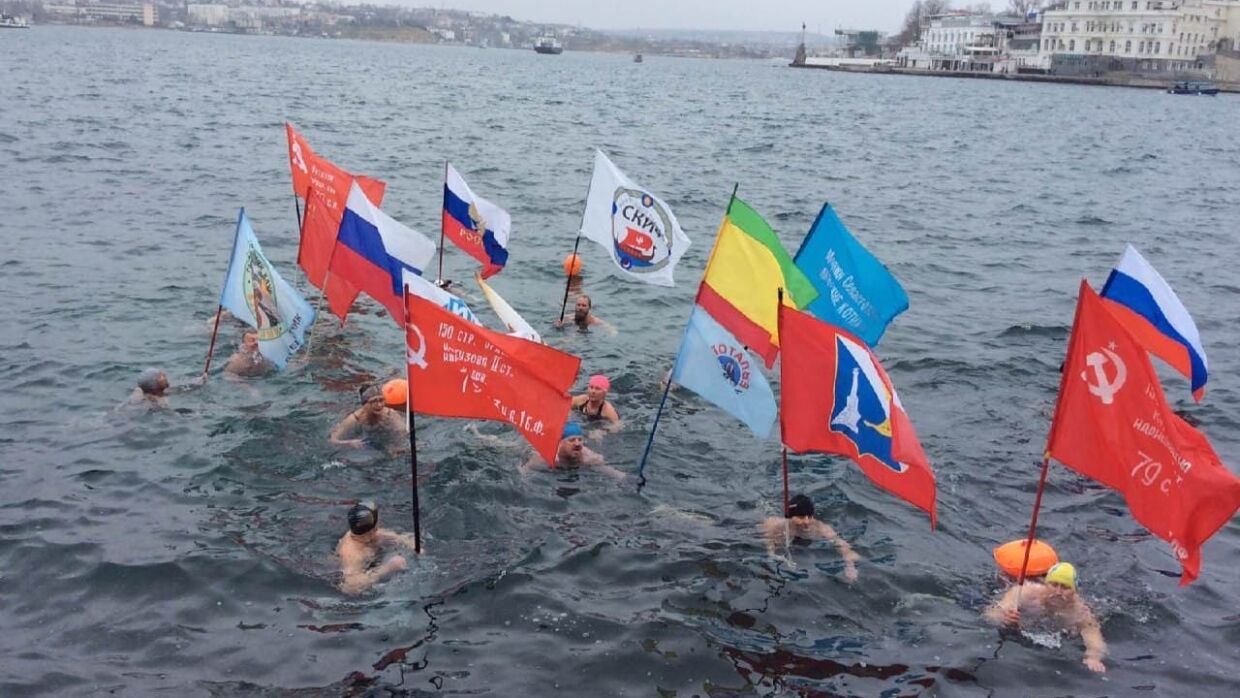 Alushta, 19 January. Bathing for Epiphany is a long-standing tradition in Russia. Despite, that this year the Crimeans were asked not to dive into the sea, people still come and dip in cold water. Really, when will you still creak with snow on the beach: he is in Crimea - a rare occurrence. As it turned out, there are many winter swimming lovers on the peninsula. Every year, up to 200 walruses. They run into the water, and the sea is boiling. Eight years ago in this seething water the Feodosia team "SKIF" was born.

Creation of a team

The Feodosian walrus team appeared as if by itself. Two friends came to the All-Crimean swim for walruses, which they organize every year in February, to find friends and the same winter swimming lovers.

“We walked between athletes and looked for a local team. While roaming, more people joined us, the company increased to 10 human. When they began to call commands, it turned, that there is no one from Feodosia. Then me, as the most bearded and sociable, promoted to captain, this is how our "SKIF" was born. By the time the swim began, he was 2-3 minutes old ", - recalls Alexander Eremenko. 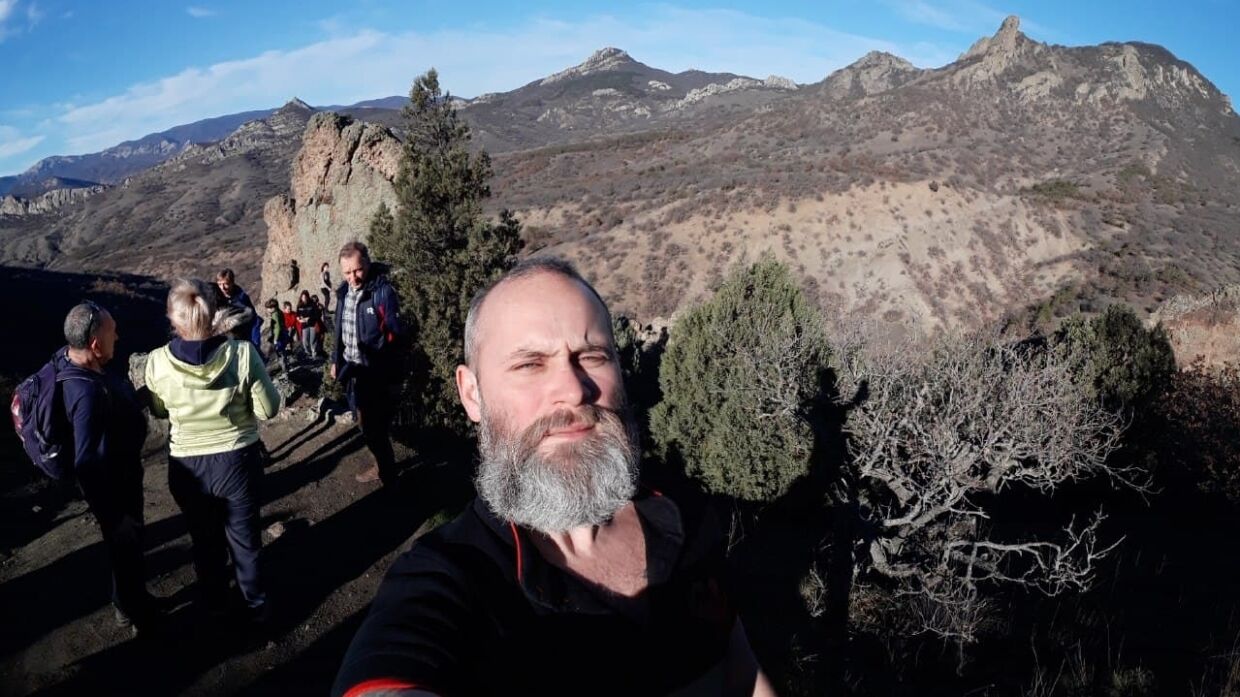 Every winter the team has rallies, during this time, they have about five trips across Crimea. These meetings are a real holiday for walruses., and from the side it is a very vivid sight - a crowd of 200 a man runs into the sea, which boils from their hot bodies.

The season opening is held in November in Saki. On Christmas, walruses go to Evpatoria, in February everyone comes to Feodosia. Then they go to Sevastopol or Balaklava, to Kerch and end the swimming season in mid-April in the village of Chernomorskoye. Each of these settlements has its own team, there are even three of them in Sevastopol. There is also a young team in Simferopol with a "non-morzhovoy" name "Goldfish".

This year is special. Since mid-February, general swims have not been held - the epidemiological situation does not allow. The clubs themselves continue to travel to beautiful places., fortunately, there are enough of them in Crimea. 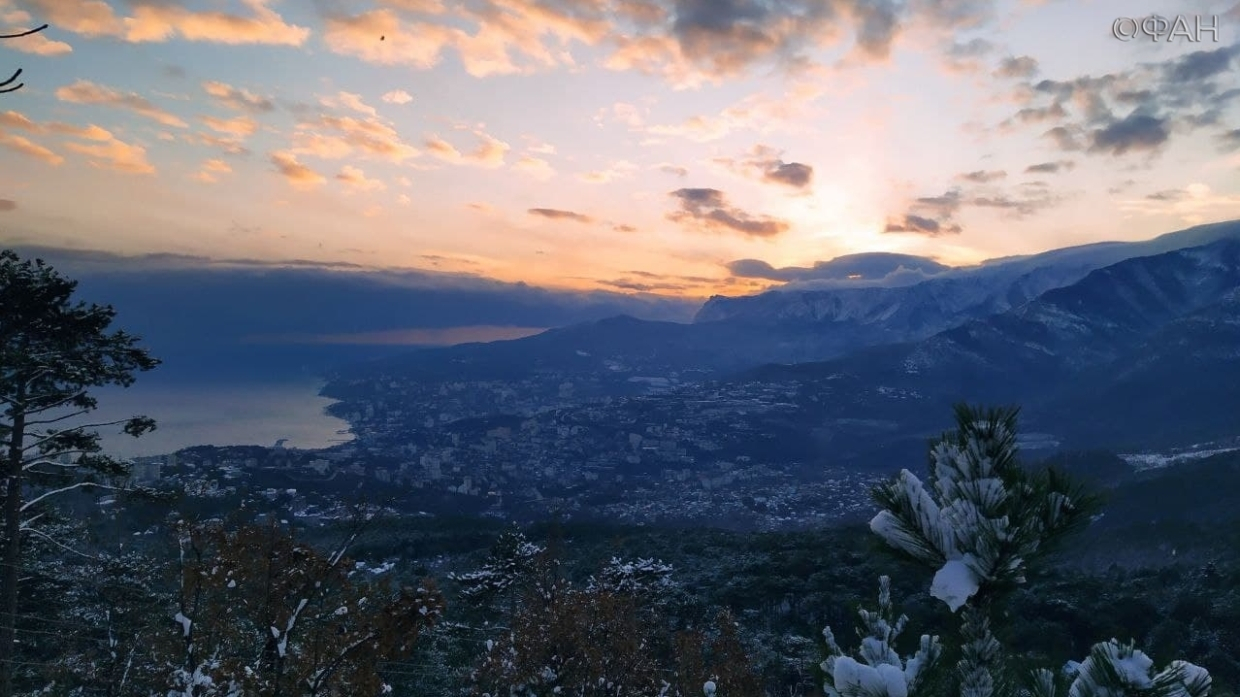 "Viscous water" in the sea

Minimum water temperature, in which the Crimean walruses swam, about five degrees Celsius. Cold water feels viscous. Likely, it is due to body cooling, muscles begin to tan and it becomes harder to swim, says Alexander.

“Just don't stop swimming in the sea since autumn. everyday, In any weather. The water starts to cool, and the body gets used to it smoothly, - Alexander answers the question about, how to become a walrus. - This is the trick, which i used to, to start swimming in the sea in winter, and not just plunge ".

He does not constantly set new standards for himself., records, which must be beaten, but swims for fun.

“It is especially pleasant to enter the water for the second and third time. He swam, came out, stood in the air for seconds 30, and you come again. The water no longer feels so cold and bathing becomes even more pleasant. It's hard to explain in words, need to try!"- he added.

Alexander also warns against drinking alcohol before swimming.. According to him, the body turns on a defense reaction to, to keep warm, vasodilation, blood flow accelerates, the load on the heart increases. If you drink alcohol before that, then the load increases even more, therefore, swimming in cold water can only harm. 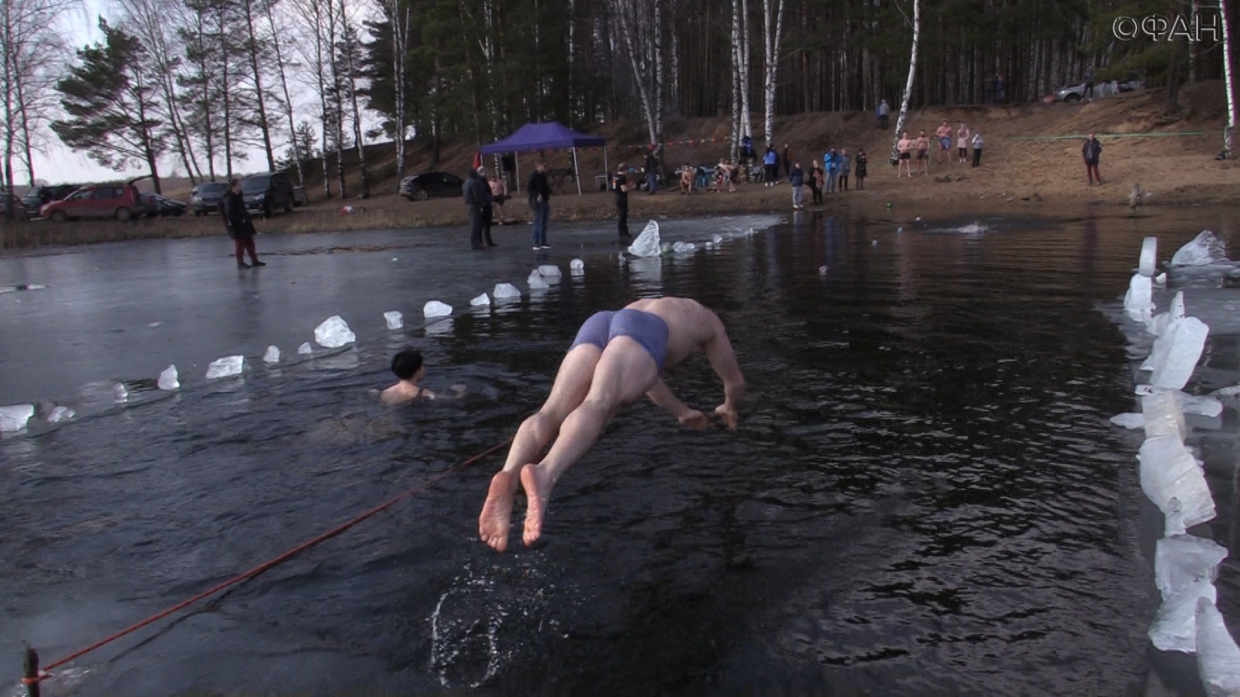 Where to find walruses

"Scythians" gather on the winter beach in Feodosia every Sunday at 10 morning, anyone can join them. The sea was stormy this weekend, therefore, almost no one dared to plunge. Walruses don't like dirty water and expect calm.

The administration does not financially support the team, says Alexander. Transportation costs, cape, flag - all at your own expense. Even so, to take part in the All-Russian Victory Swim, held last November, needed to contribute more 20 thousand rubles from own pocket.

“I would love to participate, and it would be nice to swim - we rehearsed last year's swim with the flag, but ... it's just not clear, why did I have to pay for it ", - says the team captain. 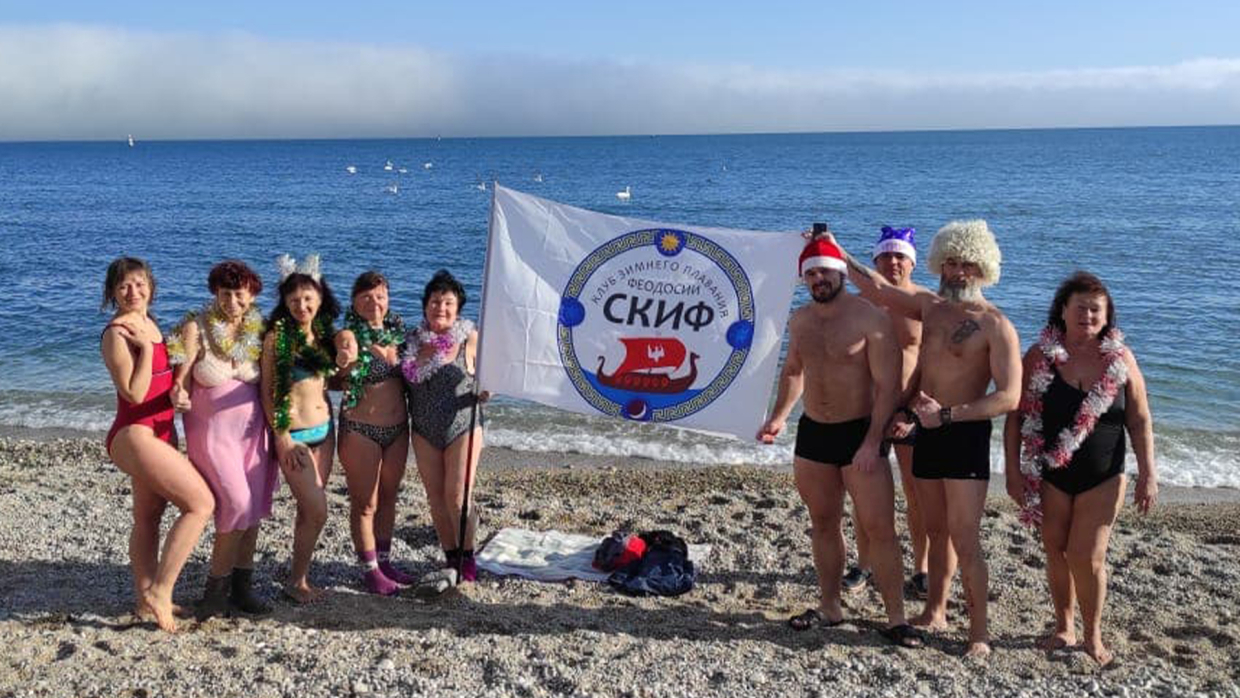 Despite, that winter swimming is a pretty extreme sport, the main team is retired, more precisely, pensioners, because most often women come to the club. Today there are nine of them. Raise 86 years - she is the oldest member of the club. Came to Crimea from the north.

"I do not know, why is that, - says the captain. - Maybe, the model of society is now. Man from morning to night at work, and in his free time he just wants to relax. Hardening is stress, which helps to improve health. But when you're stressed at work, perhaps, home stress, then the man does not agree with the stress of immersion in cold water. Therefore, only women come to us ".

It is worth noting, that among walruses almost no one is sick, although many are already over "twenty". If someone is sick, then not more often, than once a year. But the Crimean water for the "Scythians" is getting too warm. They dream of going to one of the northern seas and swimming in the ice hole.

Recall, earlier FAN told, that in Yalta the Uchan-Su waterfall is completely frozen, thanks to which beautiful photos were obtained.