Missile attack on the US Embassy in Baghdad, the Americans used the Centurion system to intercept 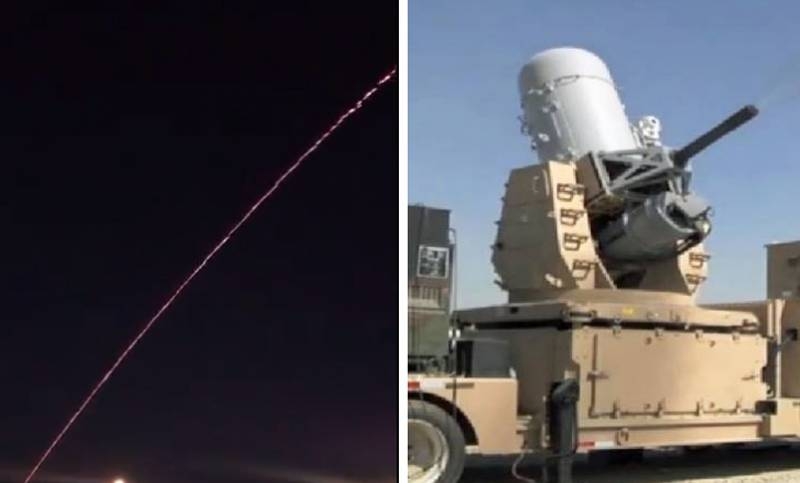 The network publishes footage from the night Baghdad, where the next attack of the so-called "green zone" was carried out. This is the quarter of the capital of Iraq, which houses the administrative buildings and diplomatic missions of foreign states.

According to recent reports, the main target of the attack was the US embassy. And this happened after, how the Trump administration announced its readiness to leave no more than 2,5 thousands of troops.

Unguided rockets were fired in the direction of the American embassy from the Al-Jadid quarter of Baghdad, located on the other side of the Tigris River. In total, at least seven missiles were fired into the "green zone", and at least one of them did not reach the administrative block.

It is reported that, that the C-RAM was used to intercept the missiles fired by the US military (Centurion Counter-Rocket/Artillery/Mortar). This system was located next to the American embassy. To defeat incoming missiles, "tracks" of 20-mm M-940 ammunition of the "Centurion" system were used).

The Centurion ammunition is designed this way, that they self-destruct after overcoming a certain distance. This is necessary to improve safety - unless the target is destroyed, then it is necessary to reduce the risks of damage to other objects, including civilians in the area of ​​application.

Not all software released “green zone” missiles were hit (with the help of "Centurion"). The number of shot down (if there were any) ammunition not reported. This may indicate the low efficiency of the Centurion system against jet ammunition, applied in Baghdad.

Launcher Demonstrated Online, which was used to strike the diplomatic mission:

The launch pad used to shoot rockets toward the U.S Embassy and the Greenzone in #Baghdad pic.twitter.com/oSRMGeZ9BT