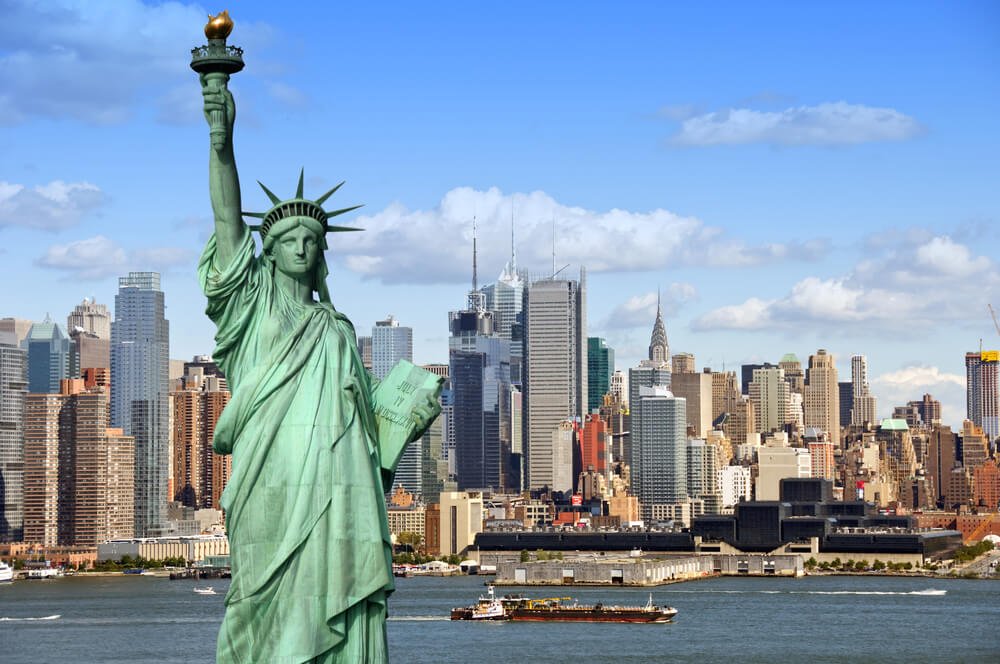 I do not give up my attempts to understand the American political spectrum. But from the point of view of classical political science, there is a complete madhouse

Everything mixed up in the Obamsky house.

And they, which they call left, often not left. And they, who do they call right, do not actually coincide with the right in our understanding.

Let's start, perhaps, since then, that the so-called Democratic Party was founded by southern slave owners. In contrast to the Republican (или GOP – Good Old Party, Good Old Party), which freed slaves.

And the Ku Klux Klan is the brainchild of "democrats". ever, who are yelling now, that they protect the rights of "people of color" (people of colour).

How was it? "If fascism comes to America, it will not come with a label "made in Germany", not with a swastika and will not even be called fascism; it will be called, of course, Americanism ".

You can also read the wonderful books "All the King's Men" and "It's impossible with us". Just prophetic.

The US Communist Party exists. Deep underground, and just as deeply marginal. Its members are often afraid to confess even to their relatives, that they are communists. Generally, forget.

Rest, which in the USA conservatives call "left professors" - these are "left liberals" (forgive me Lenin). As they are also called "cultural Marxists" (never understood, what does Marx have to do with it). Or, simply, Trotskyists and globalists.

Why are they "leftist"? I, to be honest, without a clue. They are for American domination, for corporate power, for the free market, for American imperialism and so on. But for LGBT people. Which doesn't make them left and, even more so, Marxists.

The so-called "antifa" is just another tool of George Soros in street destabilization. And they consist mainly of anarchists (and anarchism is essentially a tool of corporations and globalists) and anarcho-capitalists (generally crazy animals).

The only classic socialist left is old Bernie Sanders. For universal health insurance, for trade unions, for workers' rights, against imperialist wars. Classic. One problem - it is regularly drained (does not lose, namely merges).

Yet again, from the point of view of classical political science, republicans are left. Jacobins, that's all. Because the republic is a collectivist form of government, opposed to monarchy (monarchists - right).

But American Republicans call themselves right. apparently, for fear of the terrible "furry Cossacks"(from) and the Bolsheviks from the USSR. I have no other explanation.

At the same time, American conservatives within the Republican Party were divided into classical conservatives (with a bias towards nationalism, which in the American version is closer to isolationism) and neoconservatives.

Neocons in their ideology practically do not differ from "democrats": imperialism, endless wars, American "chosenness", neo-fascism.

After Trump came to power, his backing Tea Party actually took control of the GOP and most of the neocons (like the same test-tube-swinging General Colin Powell) were expelled from the Republican Party.

Now they are practically all, including Romney, actively support Biden. Which confirms my thesis, that the Democratic and Neocon establishment has no ideology difference, they used to cash in on endless wars.

I even saw some, who consider themselves conservatives and call themselves libertarians. Very bad, rare porridge in the head.

At the same time, representatives of the Tea Party, headed by Steve Bannon, who call themselves "alternative right", speak most of all in the United States about the interests of the working class..