Russian military completed the formation of all peacekeeping posts in Karabakh 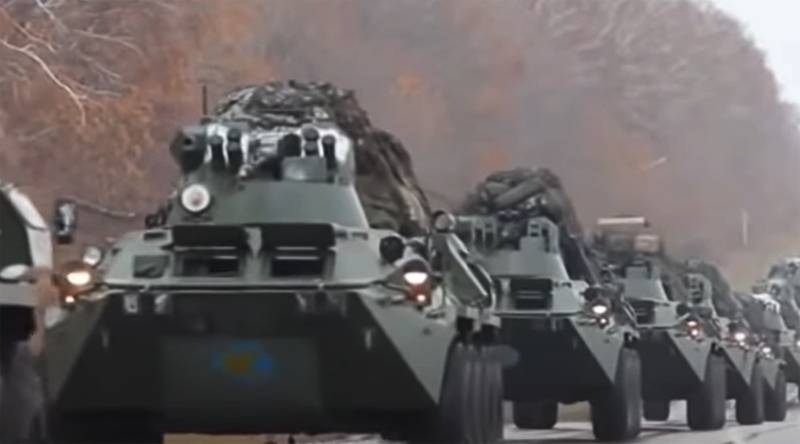 Formation of all posts of Russian peacekeepers completed in Nagorno-Karabakh. Based on a previously reached agreement, such posts 25. They are located along the contact line and in other territories., including the so-called Lachinsky (Berdzor) corridor.

Along with the deployment of all peacekeeping observation posts, the formation of the main headquarters of the Russian peacekeeping mission has been completed. The headquarters is located in Stepanakert. The headquarters has direct communication channels with the military departments of Azerbaijan and Armenia. These channels are required for operational data exchange., including data, which will allow avoiding emergency situations, suppress provocations, etc..

At the same time noted, that not all Russian servicemen have arrived in Karabakh yet. The transfer of peacekeepers continues. According to the RF Ministry of Defense, just for today completed 23 flight of Russian aviation. Newly arriving servicemen will be distributed among the formed posts in Nagorno-Karabakh.

It is worth recalling, that on the eve of Turkey there were consultations with a delegation from Russia. Turkish Defense Minister and Turkish Foreign Minister, announcing the arrival of the Russian delegation, stated, what will be discussed “equal peacekeeping mission of Turkey and Russia in Karabakh”. But so far there is no evidence that, that the Turkish contingent really participates in the peacekeeping mission in Karabakh, no. Although Aliyev and Erdogan spoke about this earlier. Results of consultations are not presented either, which took place in Turkey. The Russian Foreign Ministry has repeatedly noted, that the agreement prescribes the presence of only the Russian peacekeeping contingent in Karabakh.