Kuriles and Dokdo: Japanese nationalists are unwilling to admit the obvious 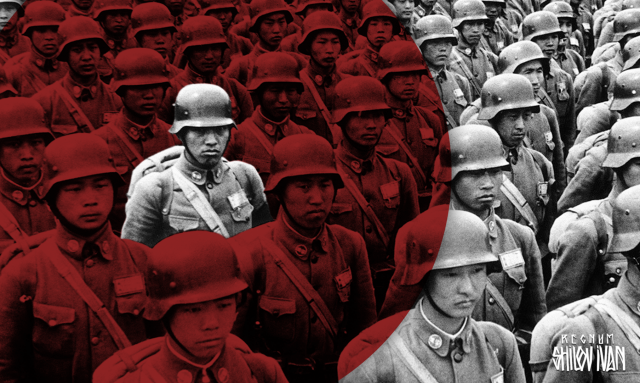 In a previously published article in IA REGNUM, the author of these lines noted: “At one time, the Japanese probed the US position on the issue of communications (Japanese-American) "Security agreement" with Tokyo's claims to the Russian Kuril Islands. Although, contrary to Yalta and other international agreements, the US administration has long supported Japan's illegal claims to the southern Kuril ridge, Washington and the Pentagon explain to their Japanese allies, that the "security agreement" applies only to the territory, controlled by the Japanese government. That is, it is given to understand, that the obligation to defend the "northern territories" will arise only after, how the South Kuril Islands will pass to Japan ".

And today Inosmi informs about the sharp criticism in the Japanese right-wing nationalist newspaper "Sankei Shimbun" who confirmed this position of the Secretary General of the Cabinet of Ministers of Japan Katsunobu Kato. Although criticize him, generally, not at all, because the speaker of the government only recorded the real state of affairs. is he, reportedly, He stated, that the fifth article of the "Treaty on mutual cooperation and security guarantees between the United States and Japan" (military alliance), according to which the United States is obliged to ensure the defense of Japan, does not apply to the "northern territories" - the Russian Kuril Islands. And also to the Takeshima Islands - the Dokdo territory of the Republic of Korea, claimed by the official Tokyo.

“The reality is, that our country cannot gain administrative control over the northern territories and Takeshima ", Said Kato. and explains, that territory, not under Japanese control, are an exception to the "security contract", The US is not obligated to provide their defense. Japanese nationalists didn't like it, who demanded almost the resignation of the secretary general of the cabinet. Slogans and calls from revanchist-minded readers of the newspaper rained down:

«Beauty: As if it doesn't concern us. Defending these territories is your job! You get a huge salary, to defend the country. If you can't, lower your salary!

I have: Soon a similar fate awaits Hokkaido..

Risako: Even a millimeter of your land should not be given to foreigners!

Hoshigaya: Takeshima was selected recently. If you make an exception, a precedent will be set - outside forces will understand, what is an agreement with the USA.

Saito: Russia fears, that American military bases will be created in the southern Kuriles.

Tommy: Northern Territories First, and now Takeshima? It is necessary to constantly declare, that these are primordially Japanese territories.

Tengunoko: Then Japan must take these territories by force.

Honkidasu: When Kato became General Secretary, it alarmed me, but I didn't even imagine, what will be so bad.

Ninin: It's very generous, but for fishermen, these territories are associated with survival.

Haruji: No need to pretend to be a gentleman! Need to make tougher statements.

Takmocu: You must mend, tell, that Japan will be able to gain administrative control over the northern territories and Takeshima!

Kumako: To do something on your own, it is necessary to strengthen the defense power and amend the constitution.

Hisao: It’s impossible to believe. This is the official position? It is unreal! Such a general secretary needs to be changed urgently! Otherwise, these problems will be disentangled by our descendants.

First of all: Besides the treaty with Japan, the US also has an alliance with South Korea, so if Russia attacks Takeshima (?! — A.K.), American troops will have to do something about it. But the situation is complicated by the fact, according to which contract to take action, so, perhaps, The United States will just watch the Russian attack. As for the northern territories, then in the UN Russia has the right to veto, therefore, Japanese applications will not be considered. sorrowfully, but it's a fact.

Maru maru: If someone gains control of territories, they will never return. People, politicians are simply deceiving you with their sweet claims of the return of the northern territories and Takeshima. They know perfectly well, that nothing can be returned. And Kato's words only confirm this ".

The above statements of the Japanese testify, one side, About, that there is a growing understanding among the people of the impracticability of the Japanese government's spells to "return the original territories", which historically are not. And this is confirmed by opinion polls - 88,2% respondents do not believe the government's promises to "return the northern territories". A, on the other hand, openly hostile sentiments to neighboring states, fueled by official propaganda, are growing, which, in contrast to the recent period, result in dangerous calls to "resolve the issue with the islands by war".

As noted by foreign and some domestic military analysts, the steady increase in Japan's military preparations, sponsored by Washington, quickly turns the Land of the Rising Sun back into a military power. And this cannot leave indifferent the governments and peoples of the countries, from whom the “descendants of the samurai”, increasingly excited in the revanchist fervor, set out to “take away by force” the lands that had previously belonged to other states that were lost by the decision of the victor countries.

This is also evidenced by the recent call of the new Prime Minister of Japan, Yoshihide Suga, to declare the struggle to sever the Kuril Islands lawfully belonging to Russia from Russia as a "national task" of all Japanese. So the exploitation of nationalism and revanchism in the policies of the new Japanese administration, looks like, will become even larger.