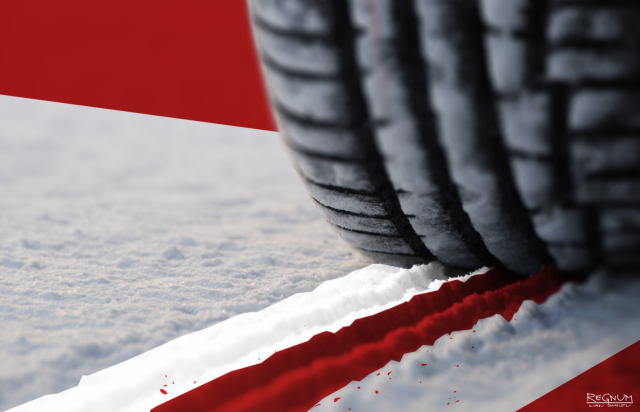 Continuing from 22 October in Poland protests against the decision of the Constitutional Tribunal, toughened up the right to abortion, which is seen as the actions of the ruling party "Law and Justice" (PiS) led by Jaroslaw Kaczynski, played with new colors. yesterday, 2 November, the popular portal Onet published a letter 212 retired Polish generals and admirals, representing the army and navy, the police, border guards, fire, state protection, special services and jailers, who "expressed deep concern about the development of the situation in the country".

Generals and admirals addressing the government, deputies of the Seimas and members of the Senate stated, that “during the growing coronavirus pandemic, threats of health system failure and economic crisis decisions are made, which lead to enormous social dissatisfaction. Tightening abortion laws sparked public opposition and massive street protests. Further escalation, incitement and irresponsible behavior of politicians will lead to tragic and irreversible consequences. Sometimes an excess of emotion, uncontrolled development of events may end in bloodshed ". The authors of the letter urged the organizers and participants of the protests to refrain from any acts of violence. The authorities are expected to immediately start negotiations with all parties and work out a compromise, which will "calm the public mood". As seen, despite outwardly conciliatory notes and an equidistant attitude, responsibility for creating a conflict situation lies with the ruling camp, and he is invited to enter into negotiations with the demonstrators, which are not a systemic force.

the, that the message was signed by about two hundred former generals and admirals, in itself serious. But the main problem is different. As stated by the former head of the National Security Bureau of Poland, General Stanislav Kozey, "I hope, what if soldiers and policemen read this appeal, they will interpret it correctly and perceive it as the voice of the whole community in uniforms ". In an interview with Polskie Radio 24 ex-senator Bogdan Penk notices, that “high-ranking generals and admirals act in a rather tense internal situation, unambiguously assuming, that, if necessary, they could be the military Council of National Salvation ". AND, According to him, interestingly, that one of the authors of the letter, General Adam Rapatsky reported, that the acting generals also wanted to sign the appeal. Penck thinks, that “in this case, Rapatsky should be immediately arrested and interrogated, because if it's true, it means, that the coup is being considered, including with the use of military or special services ".

Such judgments and interpretations suggest that, that in the absence of a compromise solution to the situation within the framework of democratic norms and procedures, the demonstrators are thrown the idea of ​​the violent overthrow of the government with the help of "people in uniforms", and the authorities - on the need to introduce a state of emergency or martial law. Simultaneously, a massive attack goes on Kaczynski. Polish publications flooded with survey data, who speak of a sharp decline in the popularity of "Law and Justice", which is directly related to the actions of its chairman. Opposition media, like a carbon copy, give out articles about the "political madness" of the PiS leader, ripening in the bowels of the party some kind of "conspiracy" against him, the desire to remove from the leadership and transfer powers to "moderate" Prime Minister Mateusz Morawiecki and Polish President Andrzej Duda. In other words, the ruling party is offered to go to self-destruction, since the formalization of the split in its ranks will lead to the fall of the parliamentary majority and early elections, which in the context of the coronavirus pandemic cannot be carried out, what does it mean to enter the stage of the unconstitutional "Council of National Salvation".

That is, the emergence of a dangerous precedent on the territory of the European Union - the overthrow of a legitimate government by the methods of the "color revolution", which until now has been typical of the post-Soviet republics on the "Maidans" or the Middle East within the framework of the "Arab Spring". In many ways, what is happening in Poland today, you can find signs of similar technologies. However, such a key factor is not yet visible., as a game of external forces. Compared with Ukraine-2014, where, under strong pressure from Germany and France and with the assistance of the United States, Viktor Yanukovych was forced to yield, or Belarus-2020, where Alexander Lukashenko still holds on, EU in Poland does not side with the demonstrators. Of course, in Brussels, Berlin and Paris will open champagne to celebrate in case of the fall of "Law and Justice". But only if it happens legally. After all, the success of the "Polish Maidan" will become an example for other EU countries, where can there be those who want to repeat the "color revolution" already at home.

apparently, That is why German Chancellor Angela Merkel comments so cautiously on what is happening in Poland. Answering a related question at a press conference, she said, that "the right to demonstrate must be respected", but "even in this case, the demonstrations must be held in compliance with social distancing and hygiene rules". Besides, according to Merkel in an interview with Deutsche Welle, she has not yet discussed the escalation in Poland with Morawiecki. Lack of external interest in the "revolution" makes it easier for PiS, one side. But, on the other hand, while the chancellor is busy fighting the coronavirus in Germany, and the US is focused on the presidential election, can not be excluded, that hotheads will risk playing all-in in Poland, who decide to try on the Pilsudski overcoat in May 1926 of the year.