About Russian pioneers of space 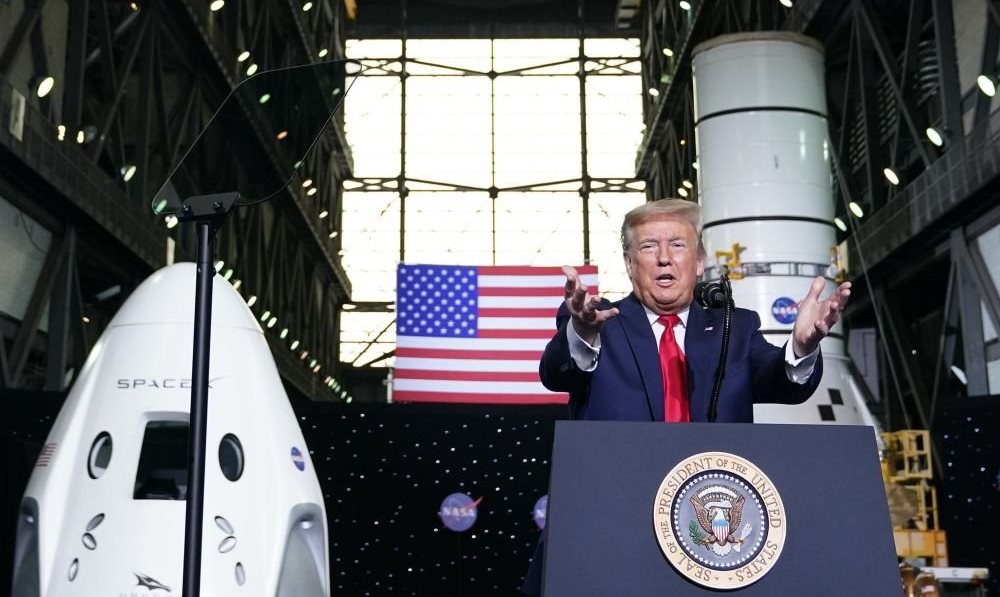 How many components in the spacecraft Elon Musk are Russian?

30 May rocket Falcon 9 with the Crew Dragon manned spacecraft with two American astronauts on board, created by the extravagant American entrepreneur Elon Musk, launched from a cosmodrome in Florida, after which she successfully docked to the International Space Station, and astronauts Bob Behnken and Doug Hurley boarded the ISS. 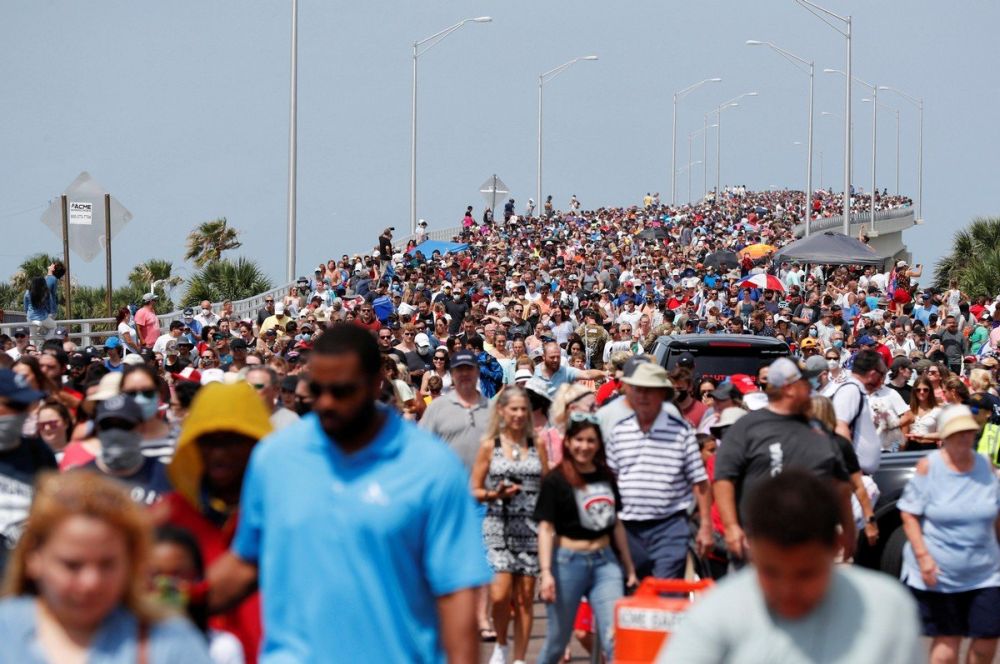 Over the past nine years, people on the ISS, including American astronauts, delivered only by Russian manned spacecraft "Soyuz". There is a contract between NASA and Roscosmos, according to which the delivery of one astronaut to the ISS costs 90 millions of dollars, the agreement expires in October 2020 of the year. 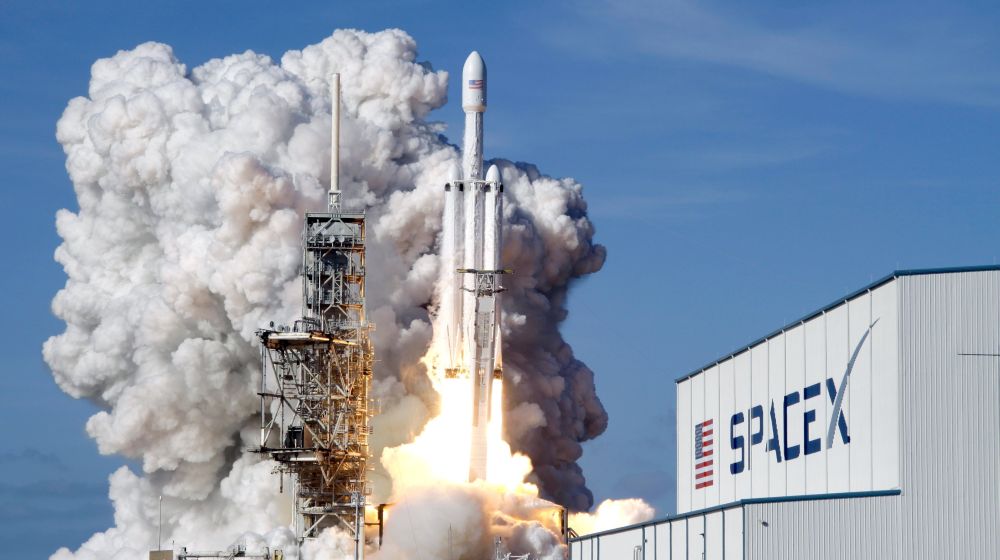 US President Donald Trump attended the launch and called it "Triumphant return to the stars". Sam Elon Musk stated, that humanity can be proud of a new spaceship, created by the company SpaceX. And many Western media were quick to name the success of Elon Musk "The funeral of Russian manned astronautics".

Against the backdrop of immoderate enthusiasm, a German newspaper The daily mirror wrote, that Americans should be more modest, specifying, that the American company SpaceX borrowed from Russia the concept of separate delivery of people and goods to near-earth orbit. German authors recalled, that the US was originally in its program Space Shuttle counted on joint delivery - the shuttles could simultaneously launch several tons of payload into orbit and up to 20 crew. Russia relied on cargo ships and manned capsules to fly to the ISS from the very beginning. Ship Crew Dragon, designed SpaceX and launched to the ISS 30 May, follows the same (Russian) concepts. As a German newspaper writes, Musk separates cargo and passenger flights for another reason.: in the medium term SpaceX plans to develop space tourism. “However, even here the Russians were pioneers., when in 2001 year they delivered the first space tourist Dennis Tito to the ISS ", - indicates The daily mirror. 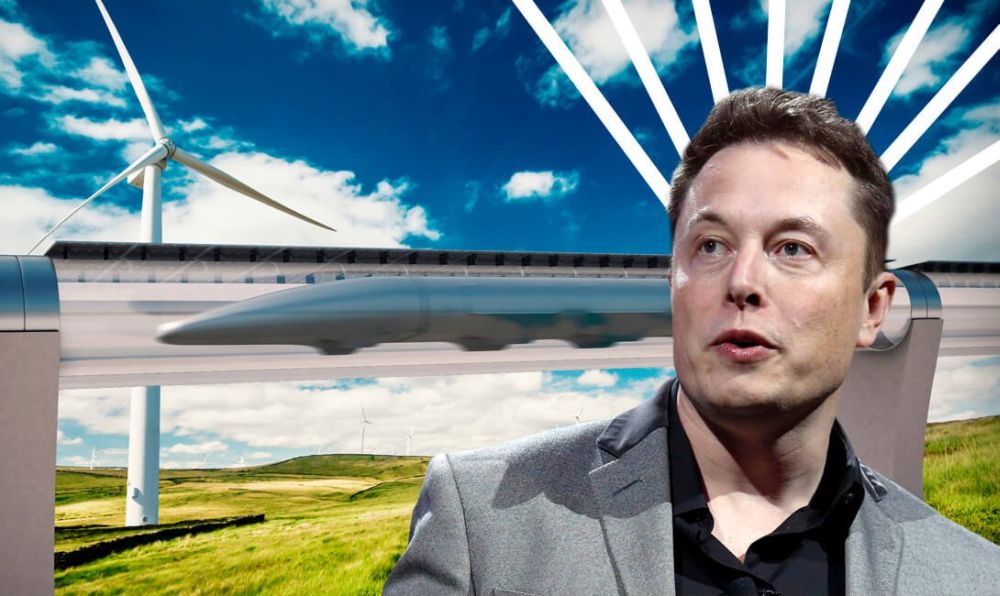 Russian experts remind of Russia's involvement in the creation of the Elon Musk ship. Cosmonautics specialist Vadim Lukashevich says, what Elon Musk's company used in their ship Crew Dragon Russian components, thanks to which the successful automatic docking of the ship with the station was ensured. “The successful docking of the American spacecraft with the ISS in automatic mode was carried out, among other things, thanks to the IDA docking adapter., the main structure of which was developed and manufactured at the head enterprise of "Roskosmos" under a manned program - in the rocket and space corporation “Energy”», - said Lukashevich.

AT 2019 year on the website of "Roscosmos" reported, what “Energy” by order of the company Boeing designed and manufactured three flight prototypes and four elements for testing the main structure of the docking adapter IDA. Made in “Energy” flight samples Boeing retrofitted with a number of elements: ring, heat protection, shrouds, target and transit electrical connectors. First adapter IDA was lost as a result of an emergency launch of a cargo ship Dragon in June 2015 of the year. The second adapter was delivered to the ISS by the spacecraft Dragon in July 2016 of the year (to him for the first time in March 2019 moored Dragon-2). Third adapter, produced to replace the lost first IDA, delivered to Dragon in July 2019 of the year.

Alexander Sherin, First Deputy Chairman of the State Duma Defense Committee, also spoke about the use of Russian equipment and Russian experience in Ilona Mask's ship.: “I must see, how many components in this rocket are Russian. Whose engines are on Elon Musk's ship?» Talking about a successful launch Crew Dragon, Sherin expressed confidence, what "Space will be behind us". Russia in this regard, According to him, "everything works, everything flies, everything docks ". 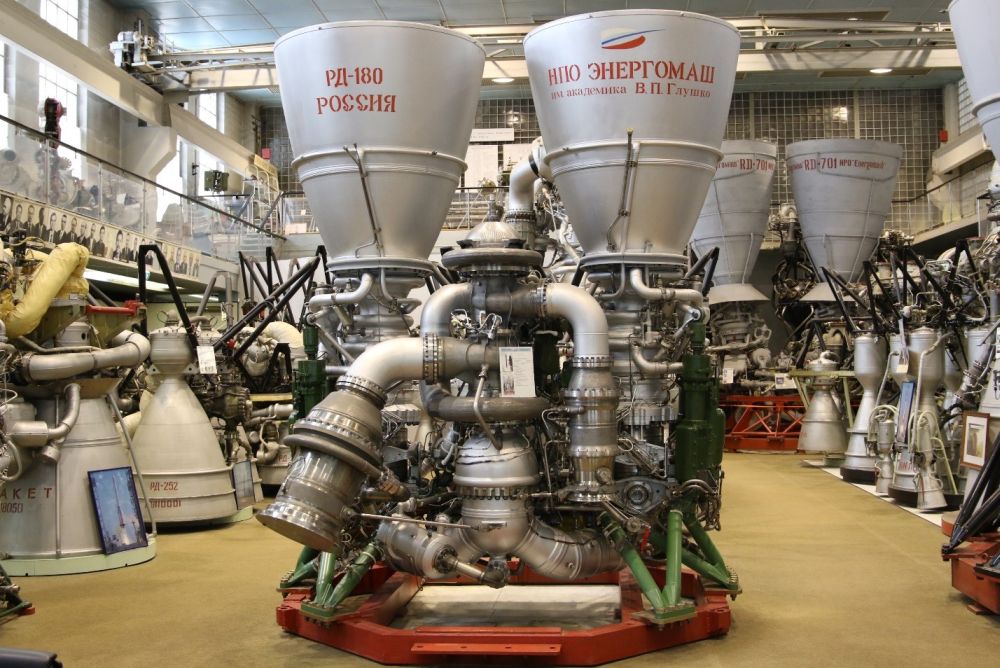 Russian rocket propelled RD-180, which cannot be done in the USA

And paying tribute to Elon Musk's achievement, the not too well-known story should be recalled about, that even the flight to the moon was carried out by the Americans thanks to the idea of ​​the Soviet engineer Shargei-Kondratyuk, what they themselves admitted. It was he who calculated the optimal flight path to the moon.. These calculations were used NASA in the lunar program "Apollo". After returning from a flight to the moon (1969 year) American astronaut Neil Amstrong arrived in the USSR, went to distant Novosibirsk and collected a handful of earth near the house, where at that time an unknown person in our country lived by the name of Yuri Kondratyuk. Back in the USA, Amstrong then poured this earth at the launch site of the American space rocket at Cape Canaveral, paying tribute to the merits of the Soviet scientist.

About the mysterious fate of this man, whose contribution to the US lunar program was recognized by the Americans, became known only after the collapse of the USSR. His real name is Alexander Shargei. He was born in Poltava, and his great-grandfather was a participant in the war 1812 of the year. Graduated from the Petrograd Political Institute, but was soon drafted into the army. There, at the school of ensigns, he began the manuscript "Tom, who can read, to build ". In it, independently of Tsiolkovsky, he derived by his method the basic equations of jet propulsion, gave a diagram of a four-stage rocket on oxygen-hydrogen fuel and much more. The textbooks later included the "Kondratyuk Route" - the trajectory of a spacecraft flight with a return to Earth. All these ideas were used in the American space program "Apollo". However, why not in the Soviet?

After 1917 the young genius ended up in the White Army, and after her defeat he tried to flee abroad. However, he was detained and returned back.. Fleeing from execution, Shargei got documents in the name of Yuri Kondratyuk, by which he lived the rest of his life. He revised his manuscript into the book "The Conquest of Interplanetary Space" and sent it to Moscow. Then he managed to get to know Korolev, who invited him to go to work in his Jet Propulsion Study Group. To do this, it was necessary to fill out a questionnaire, to be tested, and ... Shargei refused. When the Great Patriotic War began, he went to the front as a volunteer in the people's militia and went missing ...

Alexander Shargey, whose ideas helped the United States fly to the moon

add, that America owes many other achievements in science and technology to Russian geniuses. So, the helicopter was invented in the USA by Igor Sikorsky, previously created the world's largest heavy bomber in Petrograd. Television was invented overseas by Russian engineer Vladimir Zvorykin. The creator of another miracle of the twentieth century, VCR, was a Russian engineer Alexander Ponyatov. High octane gasoline, thanks to which, during the Second World War, British and American aircraft flew faster than German, created in the USA by the great Russian chemist Vladimir Ipatiev. Many American military aircraft were created by the firm of Russian engineer Alexander Prokofiev-Seversky… And the pioneer in world cosmonautics was still the Soviet country.

And Elon Musk responded in Russian to Dmitry Rogozin, head of Roscosmos, who congratulated him on his success.: "Thank, sir, ha-ha. We look forward to mutually beneficial and prosperous long-term cooperation "…