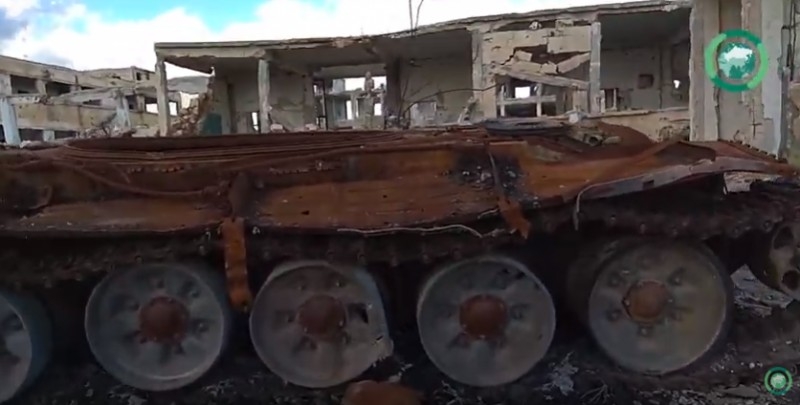 Militants in Syria over the past day 34 opened fire on the territory of the Idlib de-escalation zone. The relevant data was announced by the head of the Russian Center for the Reconciliation of Warring Parties in the SAR, Major General Yuri Borenkov.

he clarified, that the militants attacked fourteen settlements in the province of Latakia, three in Idlib and five in Hama. The Syrian military managed to repel the attack of the militants. During their retreat, terrorists abandoned military equipment, which passed into the hands of the SAR. Were destroyed and captured 11 tanks, 19 armored personnel carriers and infantry fighting vehicles, 62 pickup with mounted machine guns, 9 "Jihad mobile", 4 multiple launch rocket systems, 38 field artillery guns of various calibers and four drones, Federal News Agency reports.

Journalists published photos and videos, which depicted the destruction of military equipment of militants. The materials show, that the militants were prepared for the attacks. Syrian military actions prevent casualties and damage from attacks by armed militants.

Since January 9, a ceasefire has been in effect in the Idlib de-escalation zone at the initiative of the presidents of the Russian Federation and Turkey, Vladimir Putin and Tayyip Erdogan. However, a week later, the SAA had to resume the military operation., to repel attacks by militants. Since the introduction of the ceasefire, more than 70 civilians, even over 150 They were wounded.