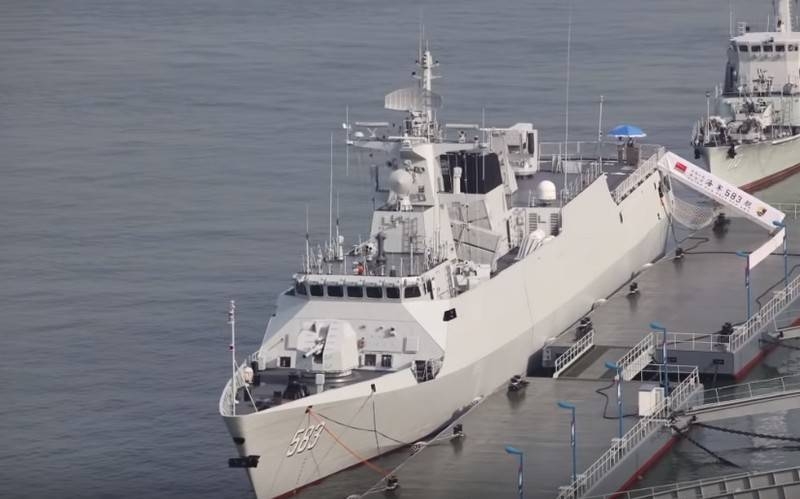 Corvette type of project-056/056A, previously accepted as part of the Navy PLA
Two latest project Type corvettes-056/056A (class “Tszyandao”) They joined the Navy of the PLA, thereby bringing the number of corvettes of this type in the Chinese fleet to 50 units. This was reported by TSAMTO with reference to the Jane’s Defense Weekl.

As the newspaper writes, The PLA Navy was replenished with the 49th and 50th corvettes of the project Type-056/056A “Luan” and “Liaocheng”. Both corvettes are made in the anti-submarine version.

“Luan”, built at the Hudong Zhonghua shipyard in Shanghai, will enter the 14th squadron of the Eastern Fleet. The introduction ceremony took place at the Shanghai-Wusong East Fleet Naval Base. “Liaocheng”, built at Wuchang Shipyard in Wuhan, will join the Northern Fleet of the PLA Navy.

Class ship “A type-056” Self-developed in China and built with 2012 of the year. From the end 2014 years, the PLA Navy began to receive the corvettes of the modified project 056A, different from the base project 056 mainly by the presence of a towed gas. At the same time, the construction of both modifications continues in parallel.

Ships are intended exclusively for patrolling territorial waters., escort, enemy surface and submarine forces, fisheries protection. This is evidenced by the autonomy, limited 15 days, and cruising range - no more 2000 miles. In carrying out these tasks, they are designed to replace several types of patrol ships and part of the obsolete frigates of project 053H (class “Jianghu I”).

The construction of ships of this type is simultaneously carried out at four shipbuilding enterprises: Hudong-Zhonghua in Shanghai, Huangpu Shipyard in Guangzhou, Liaonan Shipyard in Dalian, Wuchang Shipyard in Wuhan. The average rate of delivery of corvettes is one ship every six weeks..