Archival documents have confirmed the cooperation between Poland and Nazi Germany 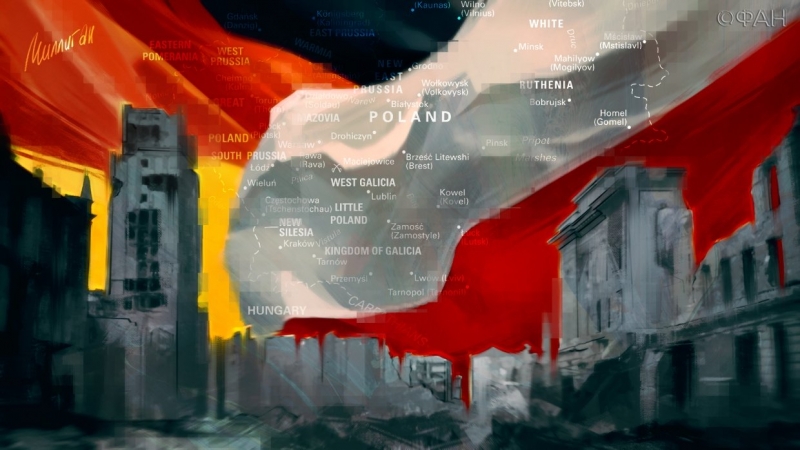 Hitler was "struck" by the idea of ​​evicting representatives of Jewish nationality from four states at once to Africa. This is stated in the discovered Federal News Agency archival documents, confirming the words of the President of Russia
Vladimir Putin about the intention of the "anti-Semitic pig" Lipsky to erect a monument to Hitler in Warsaw.

Formerly Putin, speaking at the collegium of the Ministry of Defense, reminded, what in 1938 year Hitler proposed to expel Jews to Africa.

"Bastard, pig anti-semitic. There is no other way to say ", - Putin said.

Prime Minister of Poland Mateusz Morawiecki tried to challenge this statement. In his official statement, the politician accused the USSR of "alliance" with Hitler. However, in Russia they immediately pointed out to Warsaw that, that it was Poland that first concluded a non-aggression pact with Germany: Senator Alexey Pushkov made a statement.

Besides, The FAN investigation department managed to find in the documents and materials on the eve of the Second World War, placed in the electronic library of military literature 1937-1939, volume 2 ”document, information from which the Russian president was voiced. This is the Russian translation of the Report of the Polish Ambassador in Berlin Lipski to Minister of Foreign Affairs Beck No. 1/165/38 from 20 September 1938 years marked "Top Secret". The original is on file in the USA, the archives contain photocopies of only the first and last pages of the report, however, it is easy to infer from the literal translation, that the attempts of the Poles to accuse the Soviet Union of cooperation with fascist Germany are just a way to awkwardly disown their own history, which was performed by such figures, as Lipsky, dreamed of planting a granite or bronze Hitler in Warsaw.

“When I heard this, I answered him, if he does it, we will erect a magnificent monument to him in Warsaw ", - retold in his speech Vladimir Putin the report of the ambassador to the Minister of Foreign Affairs of Poland.

There is indeed confirmation of these words in the document..

“He was struck by the idea of ​​solving the Jewish problem by emigration to the colonies in agreement with Poland, Hungary, and maybe Romania ".

On several pages of the report, Józef Lipski also extensively describes his two-hour conversation with Adolf Hitler and the agreement on the upcoming cooperation of the two states. Separately, the speaker notes the issue of Transcarpathian Rus and "communist propaganda" in this territory.

“I got the impression, that the chancellor was very interested in this problem, especially when I told him ... that through the common Polish-Hungarian border across Transcarpathian Rus we would create a stronger barrier against Russia ", - writes Lipsky.

The report also talks about confidential agreements between Poland and Nazi Germany..

“Chancellor.. brought to my attention, what already today, when, if between Poland and Czechoslovakia it comes to a conflict on the basis of our interests in Cieszyn (former Austro-Hungarian city, divided after World War I between Czechoslovakia and Poland. - Note. FAN), the Reich will take our side ", – assures Polish Foreign Minister Jozef Beck Ambassador.

Jozef Lipski served as Polish Ambassador to Germany since 1934 by 1939 year and was distinguished by pronounced anti-Semitic views, like most representatives of the Polish Vlatsi in those years. In the 1930s, a working group was created in the country, which dealt with the Jewish question. In particular, at 1937 the Polish delegation visited the island of Madagascar, where the Poles planned to send their fellow countrymen. The idea interested the leaders of the Third Reich, but this plan was never implemented in wartime conditions - the Nazis staged the Holocaust right in Europe. Non-aggression pact between the USSR and Germany was signed 23 August 1939 of the year. Polish treaty with Nazi Germany was concluded 26 January 1934 of the year. As an ally of Adolf Hitler, Poland participated in the partition of Czechoslovakia, by sending troops to the Cieszyn region and sending an ultimatum to Prague, which the Czechoslovak government was forced to accept.