"Our enemy - Russia": Europe is ready to talk to Moscow from a position of strength 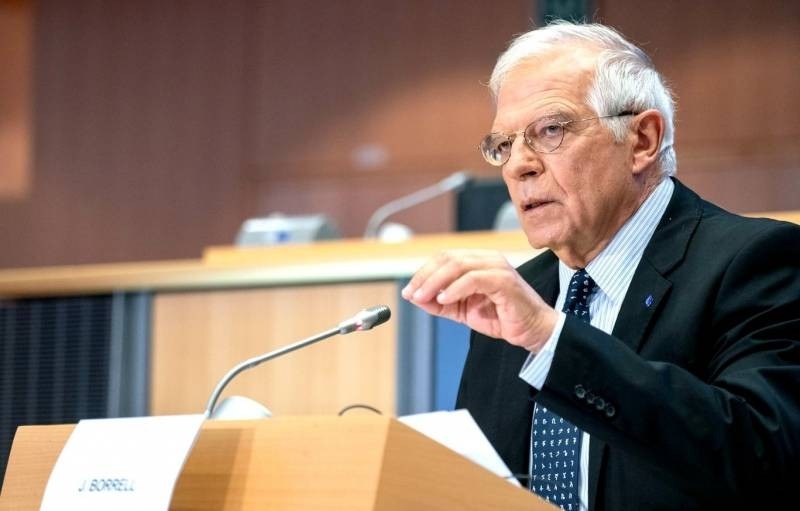 9 December German news agency dpa reported, that the foreign ministers of the EU member states agreed to begin work on the preparation of a special regime of EU sanctions for individuals and organizations, responsible for human rights violations in the world.

In Brussels, remembered the auditor Magnitsky

This innovation was presented to the press by Josep Borrell., entered 1 December as EU High Representative for Foreign Affairs and Security Policy.

“At the request of a number of Member States, we agreed to begin work on the preparation of a global sanctions regime, aimed at combating serious violations of human rights ”,
- said Borrel in Brussels.

The German agency did not specify, which countries specifically made such a demand. But eagerly quoted his foreign minister, Heiko Maas.

“We need a sanction mechanism, which makes it clear, there, where human rights are violated, EU will not stand, shrugging, but he will be ready to act ”,
- Maas cheered up after Borrell’s statement and called the upcoming document “a European analogue of Magnitsky’s list”.

Recall, the name of Sergei Magnitsky became commonplace in world politics ten years ago, after his death in November 2009 years in the Moscow pre-trial detention center "Sailor silence". There, the auditor of Hermitage Capital Management was held on charges of non-payment of taxes in especially large amounts.

US policy, excited by thieving company owner William Browder (in Russia, he was twice sentenced in absentia to long-term imprisonment), Magnitsky was erected in the halo of the “martyr of the Putin regime”. Workers of the law enforcement system of Russia were accused of the death of the auditor. According to the Americans, Magnitsky convicted Russian security officials of corruption, for which he was killed in a pre-trial detention center.

The administration of the pre-trial detention center called the cause of death toxic shock and acute cardiovascular failure. In the act, signed by the doctors of the Sailor Silence Hospital, a diagnosis was also indicated - acute pancreatitis. After the death of Magnitsky, the criminal case against him was not closed, and 2013 posthumously convicted of tax evasion.

A year earlier, the United States passed the so-called Magnitsky Act. He first imposed personal sanctions on individuals, “Responsible for the violation of human rights and the rule of law in Russia”. Then the law began to be interpreted more widely. Below him, eg, the daughter of the first president of Uzbekistan Gulnara Karimova.

Behind all this human rights noise, a fact remains in the shadows, that the “Magnitsky Law” became part of the law on the repeal of the Jackson-Vanik amendment in relation to Russia and Moldova. As is known, this odious amendment has acted against the USSR since the seventies of the last century. She introduced trade restrictions, as a response to human rights violations in the Soviet Union.

Now the United States has continued its sanctions policy against Russia. For this, we used the first turned up reason. Washington tried to connect allies to its action. But only Canada and the Baltic Limitrophs followed his example.. The European Parliament and PACE limited themselves to recommendatory resolutions, null and void.

Now in Brussels it’s as if. In fact, it sweeps the new broom of European diplomacy - Spaniard Joseph Borrell. He outlined his Russophobic views even before taking office. In the spring, his interview with the publication Periodico caused a diplomatic scandal.

"Our old enemy, Russia, speaks again: "I'm here". Again is a threat. ",
- said Borrel (then the Foreign Minister of Spain) Period. After this attack, the Ambassador of Spain, Valderram Parejo, was summoned to the Russian Foreign Ministry., where they handed him a note of protest. 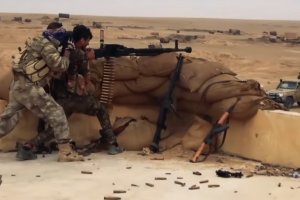 However, Borrell's diplomatic warning did not stop. Later, speaking in the European Parliament, he called Russia a geopolitical challenge of the EU and specified: "I never said, that Russia is the enemy of Spain, I only said, what Europe. This I say now ”.

Taking office as the main diplomat of Brussels, Josep Borrell immediately began to implement his plans for the introduction of a "global sanctions regime". Against whom is this policy directed, no guessing for long. Especially, what the newly made European Commissioner explained by her “revival of geostrategic rivalry”.

another surprise. Borrel called on Europeans to "speak the language of power more often".

“We must be able to not only respond, but also act and, if necessary, counteract ",
- he stressed to the press.

This statement was made by the EU High Representative for Foreign Affairs and Security Policy on the eve of the first meeting of the EU foreign ministers under his chairmanship on Monday. he noted, that Europe should become a political player equal to China, Russia and the USA.

Borrell's statement sounded ambitious, true, turned out to be far from reality. Anyway, intention to introduce “Magnitsky lists” or something similar into the practice of European politics, doesn't seem like a pioneer idea at all. Behind her are Washington's “ears”, to be measured with which to Brussels and not by rank and not by force.

It is enough to recall the already existing EU sanctions against Russia. They were introduced under heavy pressure from Washington. In the autumn 2014 of the year, speaking at harvard university, US Vice President Joe Biden acknowledged:

"It's true, that they didn’t want it. But America took the lead, and the US president insisted on it, sometimes he even had to embarrass Europe, so that it starts to act with the risk of economic damage in order to force Russia to pay ”.

Risk, Biden is talking about, fully confirmed. Only German enterprises lost over due to sanctions against Russia 100 billions of dollars. About this in November told "Izvestia" a member of the German Bundestag committee on international affairs Waldemar Gerdt.

It would seem, such a counterproductive undertaking must be abandoned for a long time. Does not work. Why? The reason was explained by the same Joe Biden. Completing his powers, he spoke at the Council on Foreign Relations in New York and admitted. He had to “constantly put pressure on France, Italy and Germany in order to maintain sanctions against Russia. there is, least, five EU countries, who are ready to lift the sanctions right now ", quoted by Biden Reuters.

All this should be remembered by European Commissioner Borrel. Like trade restrictions, which America is now exhibiting in Europe. Then, may be, he will look for less muscle, to face global political heavyweights.

After all, if you look at the world objectively, Brussels' real political influence does not go beyond the borders of mainland Europe. Attempts by Europeans to say their weighty word in the Middle East, in Africa, Iran or Latin America ended with an inglorious retreat.

Under current conditions, it is necessary to demonstrate not flabby muscles, and look for ways to mutually beneficial fruitful cooperation. Understanding this does not yet apply to the new EU High Representative for Foreign Affairs and Security Policy, Josep Borrell, and his unnamed support group.

by the way, on Thursday, the EU summit extended until the end of July 2020 years sectoral sanctions against the Russian economy. As noted by the press secretary of the President of the European Council, Charles Michel: “Restrictive measures relate to financial, energy and defense sectors of the Russian Federation, as well as dual-use goods. Economic sanctions include restricting access to the primary and secondary EU capital markets for five Russian financial institutions, export and import ban on arms trade and a number of other measures ”.

These restrictions apply since July. 2014 of the year. Their abolition in the EU is linked to the implementation of the Russian Minsk agreements to resolve the conflict in eastern Ukraine. Five years of force pressure on Russia did not bring success to European diplomacy. It is hard to imagine, that now the situation will change in favor of the EU ... 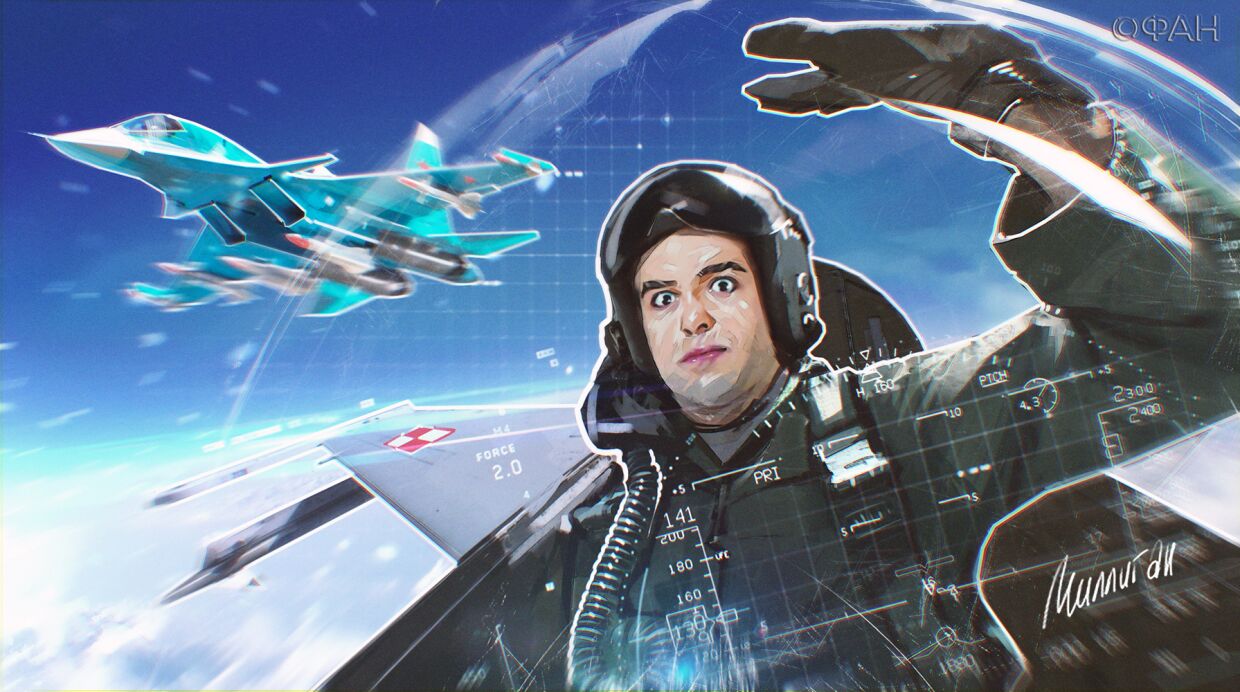 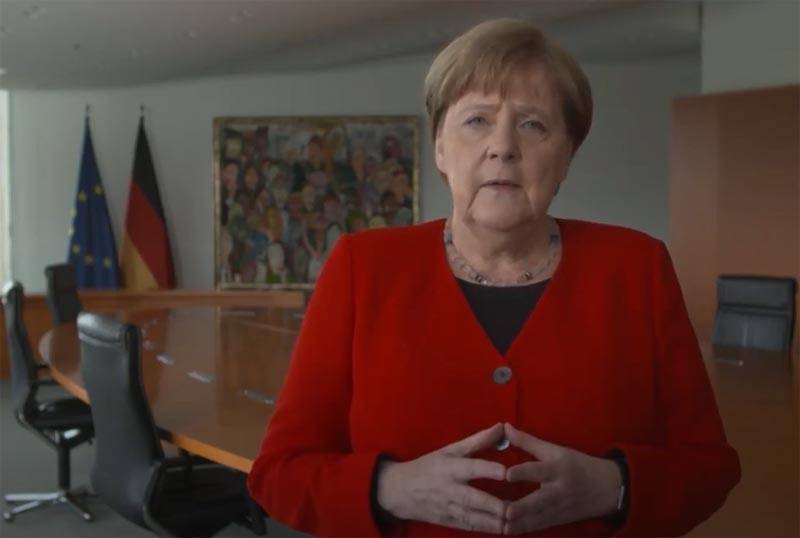 Analytics Sergei Mironov about Lukashenko's replacement, Navalny's illness and the fate of SP-2