The US Army has requested 10 billion dollars to “Unexpected expenses”

The US Army has planned size of spending 190 billion dollars for 2020 financial year (not to be confused with a consolidated US military budget) - on 8 billion more, than 2019 m, to carry out large-scale modernization program. 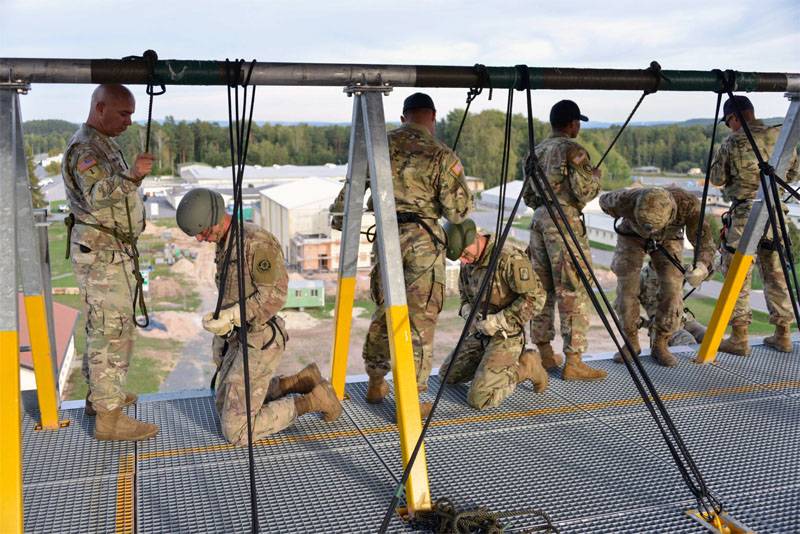 It is assumed, what 120 billion budget will be the main army, 61 billion will be spent on US military operations abroad, and further 10 billion will be incorporated as a “Unexpected expenses”. This sum “unforeseen expenses” requested from the budget. About, which is what may be the cost (comparable with the military budgets of the individual countries), not even communicated by way of example – simply “unanticipated”.

The financial proposals of the US Army will be submitted to Congress as part of the overall needs of the Pentagon in the next fiscal year - 718 billions of dollars.

US Army budget in the current fiscal year has been increased by 13 billion compared with the previous, to increase the combat readiness of troops. Now the leadership of the US Army insists on regular infusions of additional, to launch a global modernization of the Army, which should be completed by 2028 year.

Changing the number of US ground forces

but 2018 year has not been very successful in terms of a set of wanting to serve on a contract. probably, by the end 2019 year will remain in the ranks of the US Army 478 000 thousands of troops.

Also, the army leadership is planning for the next year and a half to conduct a study of structure and ground forces, perhaps, initiate any major changes. However, the first change will occur (should there) before the end 2020.

There is nothing surprising in the fact, that the most significant amount - more 12 billions of dollars, as always, It will be allocated for research and development.

In the same time, Army cuts costs for the purchase of equipment and weapons, wanting to reduce the use of morally obsolescent models. With this measure,, as well as the closure of some existing programs, Army managed to save 31 one billion dollars, which will focus on inventive activity.

According to the US Army leadership, in the future it may be closed more programs, if they do not contribute to the modernization of the entire structure of the Army. Expiring money will be used for the development of scientific potential.

Recall, what in 2017 year course was chosen at the annual conference of the US Army to create a "Command of the Future" and the modernization of the army to 2028 year. six priority areas of work were identified: development of technologies for high-precision long distance shooting, combat vehicles of the new generation, the vertical lift of the future, computer networks, Air defense systems and missile defense and increase the combat effectiveness of the individual soldier.

Actions of the US army abroad

The budget of the American army laid the costs of two major training - in Europe and in the Pacific (Defender Europe и Defender Pacific).

The costs of the US Army in the European deterrence initiative (I KNOW) scheduled to leave at the same level, but the overall cost of the Pentagon on EDI will gradually decrease.