Media reported the interception of three UAVs over airbase “Xmejmim”

Messages came from Syria that, means that the defense was intercepted by three goals in the area of ​​the Russian air base "Hmeymim". noted, that we are talking about drones, at least, two of whom were kitted explosive devices. This indicates, that persons, ruled drones, We are going to harm the Russian air base in the Syrian province of Latakia. 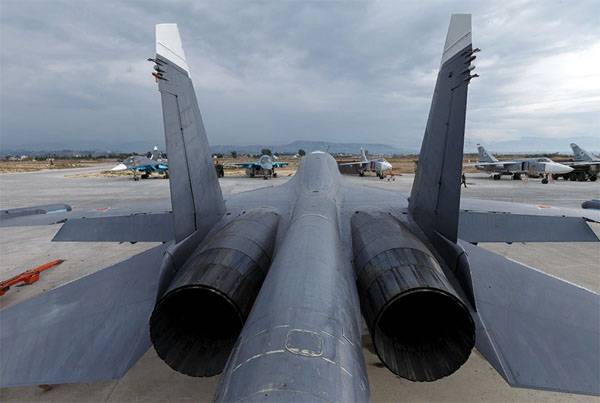 The TV channel "Al Arabiya" was reported, that drones could be used militants, which are located in the province of Idlib. About, what particular UAV in question, not reported.

Russian Ministry of Defense on the present moment does not confirm the data on the use of air defense against unmanned aerial vehicles.

Against this background, reports, that in order to discuss the situation in Syria, the Russian delegation arrived in Israel. The delegation includes the Russian President's special envoy on the Syrian settlement, Alexander Lavrentiev and Deputy Minister of Foreign Affairs Sergey Vershinin. The Russian Embassy in Israel reported, that the delegation was received by a representative of the Foreign Ministry Yuval Rotem. No details of the discussion threads Syria with Israeli partners are not currently provided. Recall, Moscow had previously appealed to the Israeli authorities to desist from attacking Damascus International Airport. In Israel, this appeal was ignored, stated, that way (strikes on Syria) fighting against the expansion of the Iranian military presence near its borders.

news Zelensky: If the West stops providing military assistance, we will solve the problem of Donbass ourselves