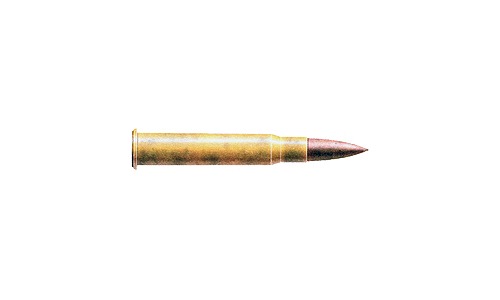 Cartridge was developed in England in 1887 g. for military model rifle 1 and adopted by the British Army in 1888 g. At the same time, he became popular in Canada and in other parts of the British Empire.

Initially equip black powder and bullet weight 13,9 g with copper-nickel shell. FROM 1892 g. smokeless powder began to be equipped. AT 1914 g. Bullet with a rounded apex has been replaced by a bullet with a pointed apex. The bullet was vershinku aluminum or a fiber base and aluminum alloy.

Along with the positive feedback from this round has been criticized, since its use in automatic weapons and machine guns has not brought the expected results. At the same time it was used in the first, and during World War II and was withdrawn from service only 1957 g.