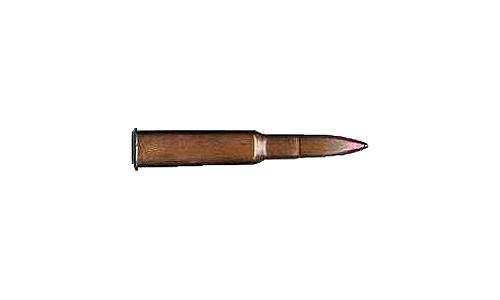 The diameter of the bullet, mm

The first version of this cartridge was adopted by the Russian army 1891 , along with a rifle Mosin. Initially, the cartridge had a bullet with a rounded nose, at 1908 year has been adopted cartridge with a pointed bullet and improved ballistics. Nomenclature bullets army bullets includes conventional, tracer, armor-piercing incendiary bullets and other. It should be noted, In contrast to many of peer cartridges (7,9 mm Mauser, .30-06 and other) this cartridge is still in service - under it produced Dragunov sniper rifle, general-purpose machine gun PKM, Aviation chetyrehstvolny gun GSHG and other specimens army weapons.