"Black Day" in the history of the GRU Spetsnaz: fateful battle near the village of Kharsenoy 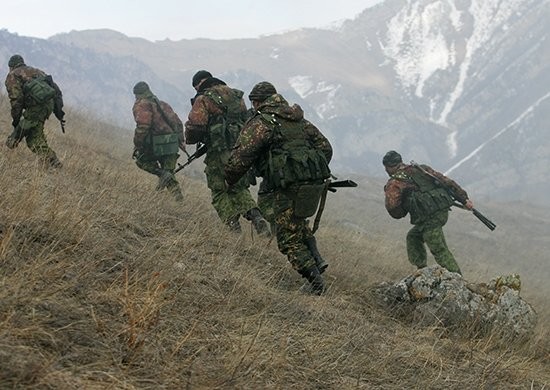 21 February 2000-th year in the nameless heights in the village Kharsenoy fateful battle unfolded, during which the Russian GRU has suffered heavy losses for all time of its existence,.

Early in the morning 7 August 1999 year five hundred Wahhabi Shamil Basayev and Khattab invaded Dagestan, with this tragic event, the Second Chechen campaign. In response, the Russian army launched a counter-terrorist operation in Chechnya. By the end of the year lowland areas of the country were completely cleared of gangs, but ahead it was the most difficult - to sweep the mountain areas.

At the beginning of 2000, General Vladimir Shamanov, led the 58th Army on the offensive on Kharsenoy. In February, the movement of troops will slow down due to heavy snowfall. Heavy machinery slowly crawling on mountain slopes and stuck in the mud, making an easy target for column ambushes fighters. From the 2nd separate brigade GRU was formed immediately reconnaissance five groups totaling 150 fighters, who moved to the fan column, ensuring the safety of motorized infantry. 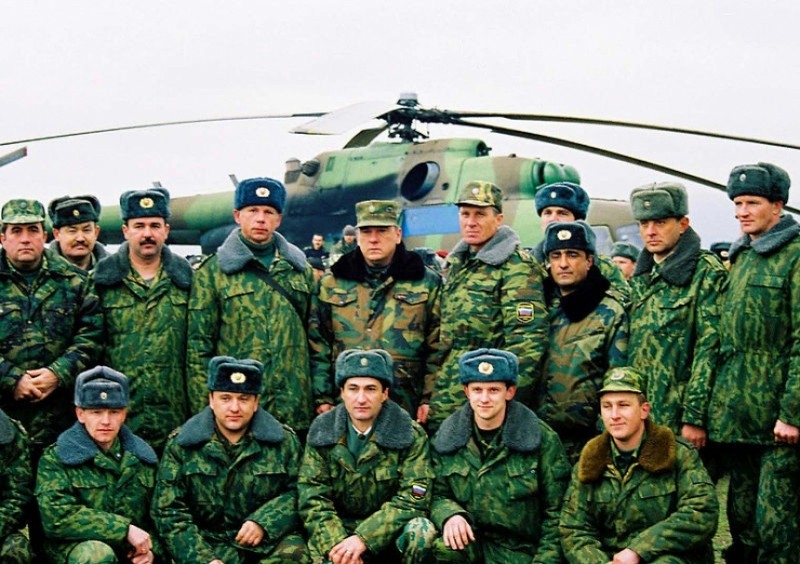 At the initial stage, the group moved at a distance of several kilometers from the main force and went to light, replenishing stocks directly from the column. However, on the way to become clear Kharsenoy, that the difficult terrain does not allow exploration to move at the same rate, they had to make a five-day fully autonomous march to the village.

Motorized infantry will tell later, that scouts prepared thoroughly. So how it had to go waist-deep in the soft snow, fighters left in the column all unnecessary. Instead of food and water they were taking ammunition, and most importantly - extra batteries for radios, which quickly discharged in the cold. The matter was complicated by the fact, that the command assigned to the motorized infantry scouts group, among whom were artnavodchiki and forward air, Total 7 fighters, which are significantly inferior in training soldiers GRU.

As a participant recalled the forced march, Sergeant Anton Filippov, five days the group were in the most difficult conditions. Of the forces themselves had escaped scouts, not to mention attributed to motorized infantry, that the blood wiped his feet and got frostbite.

Nevertheless, 20 February, all three groups came to Kharsenoy. There scouts met with riot police unit of the Ministry of Justice "Typhoon". The group has already been three weeks at Harsenoya, but I did not go to the village, and camped on one of the heights. Special Forces led the hunt for militants, who were hiding in the region and regularly shelled Russian helicopters. Headed group Major Nicholas Evtukh. 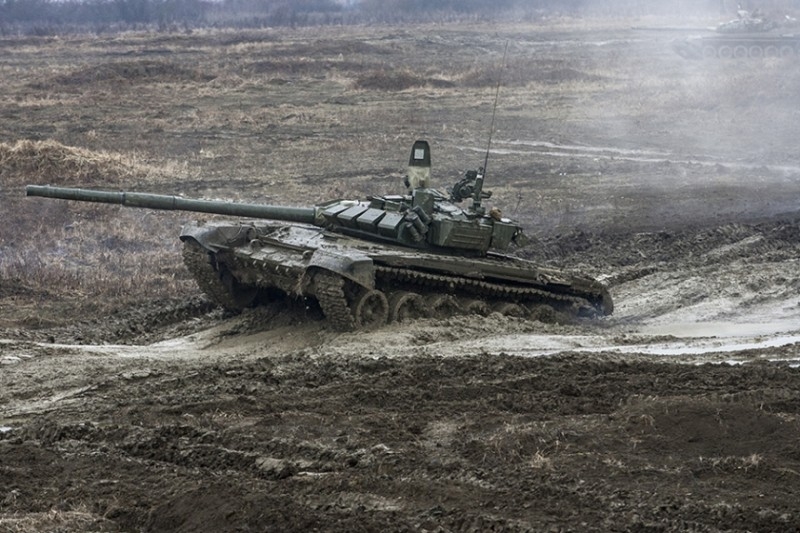 Left to Kharsenoy scouts were greatly iznemozhen, there were many cases, as the officer later recalled. In his opinion, in those circumstances the autonomous hikes should not last longer than three days, Scouts also walked along the rocky mountains all five. Commandos shared with fellow meager provisions and went to their camp.

Three radio stations in operation was only one. On it from the command was ordered to camp for the night, and in the morning already we had to go motorized infantry.

Three leading groups located on the same slope. The commanders decided not to climb to the top, and take a small plateau, with which scans village itself and its approaches. Two flanking group remained in the rear, in the transition hour. 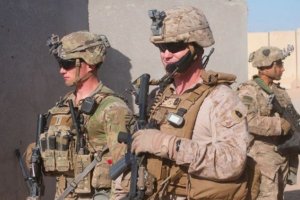 In the morning I held a regular session with a column and it was confirmed, that within hours of scouts will be replaced by motorized infantry. But at the appointed time the change has not arrived, however, cause for concern was not - of the scouts camp was heard, how close are roaring engines motorized infantry BMP. The soldiers slowly collected things and, in spite of the fatigue, were in high spirits - after this release, many were sent home from Chechnya.

However, in the afternoon, the unexpected happened - from the top of the mountain the camp opened fire from several grenade launchers. many scouts, sitting around a campfire, injured by shrapnel, but managed to orient and organize the defense.

Meanwhile, gunmen opened fire from machine guns and submachine guns, not allowing scouts to regroup. At the very beginning of the fight shot it was destroyed only working radio station and the possibility to call for help has not been. And it is not needed, the sounds of the fight were perfectly audible motorized infantry and the 58th Army, and commandos in the camp "Typhoon".

The latter were the closest to the scouts, They are separated from the scene of the battle in all 800 m, but it took two o'clock in the highlands to overcome this distance Evtukhov Major and his soldiers. Even longer traveled with their motorized infantry heavy machinery. The defense of the scouts lasted only half an hour.

Of 37 fighters only two survived. Sergeant Filippov at the beginning of the battle was wounded in the leg - a splinter hit the heel of his boot, but the force of the blow knocked the joint. Later, another fragment hit in the face, which saved a fighter - the militants took bloodstained scout for the dead. Another soldier, of motorized infantry, He received three bullet wounds and rolled down the mountainside. There he found a group Evtukhov. Others militants wounded finished off after the fight. 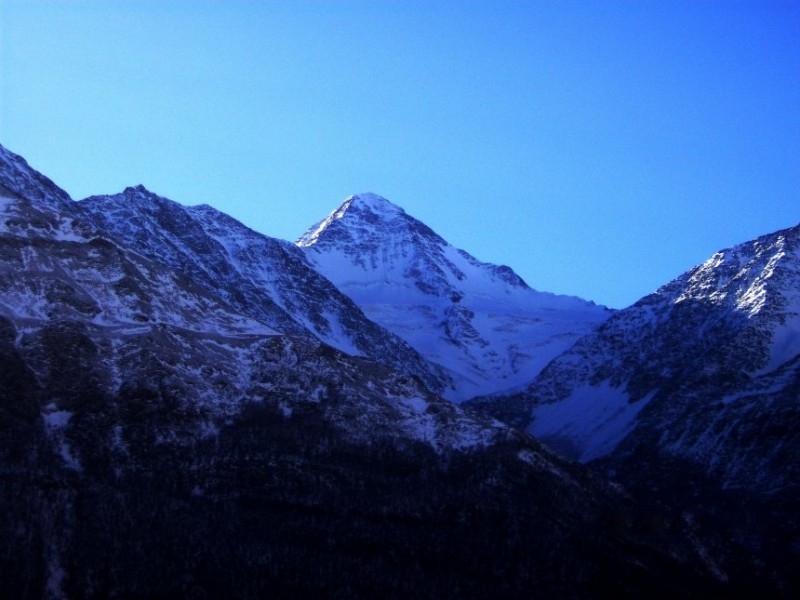 Interesting, that after, how the incident became known to the media, press reports, that scouts destroyed during the battle over 70 Wahhabis. However, the military denied this data, noting, that if the dead were 70, the whole group of militants had total 150-200 human. Such a large force could not go unnoticed, because as a region by the time a few weeks to comb "Typhoon".

Later, Major Evtukh his men found an abandoned parking militants, on which rested, not more than a dozen Wahhabis. Besides, Sergeant Filippov noted, that among the attackers were clearly and residents Harsenoya. In this way, force insurgents and scouts were about equal.

The cause of the tragedy was called rough military command error. The scouts were not only in the campaign eight days, five of which they were autonomous, but the load they were given motorized infantry group, which then the soldiers had to literally carry the. Actions also direct commanders of the groups in this situation have been evaluated positively, later, all three of them posthumously awarded the title Hero of Russia.

21 February 2000, the second was a "black day" for the Russian GRU, so many fighters department has not lost for the two campaigns in Chechnya together.