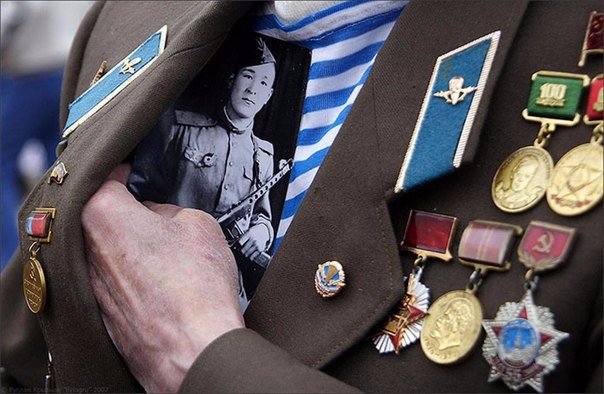 During the Great Patriotic War the country, as well as other republics of the USSR, I gave everything to, joint efforts to defeat the fascism. In front of the Kazakh SSR was mobilized more 1 million 200 thousand soldiers, 12 shooting, 4 cavalry divisions, 7 infantry brigades, about 50 separate regiments and battalions.

Kazakhs are often caught on one of the most dangerous sections of the front. The exploits of the soldiers of the Kazakh SSR praised Marshal Georgy Zhukov. In his memoirs, he wrote, that the first town hall in Berlin 29 April 1945 , the soldiers raided a platoon lieutenant Kenzhebaya Madenova. “The soldiers threw lobby and corridors with hand grenades. Each room had to be taken to fight”, – Zhukov wrote about the fierce resistance of the enemy.

Lieutenant Rakhimzhan Koshkarbaev together with Russian Grigory Bulatov first set a red flag on the front of the Reichstag. According Koshkarbayev, 260 meters of open space, they were crawling with Bulatov more than seven hours under the heavy fire of the Nazis. Later, the Banner of Victory over Nazi stronghold already hoisted Kantariya Sergeant and Sergeant Yegorov. Then they provided fire support for the native village of Uspenka Pavlodar Paul Wasilewski. Yegorov and Kantaria also helped Alexei Kovalev from Aksai Atyrau region. Pilot Alimkulov Dzhilkibaev from Almaty and a native of the village Uspenka Nigmet Naukenov also took by storm the Reichstag, then left on his wall, their names and signatures. A almatinets Michael Korobov first to establish telephone contact with the headquarters of the German General Krebs capitulate, who was in the Reich Chancellery in Berlin sector, where Hitler's bunker was located. This was done for the negotiation between the time the German government and the Soviet command.

The feat of the soldiers Panfilov division remembers not only Kazakhstan. Legendary words politruk Klochkova: “great Russia, and nowhere to retreat – behind Moscow!” made history.