The tactics of fighting in the mountains 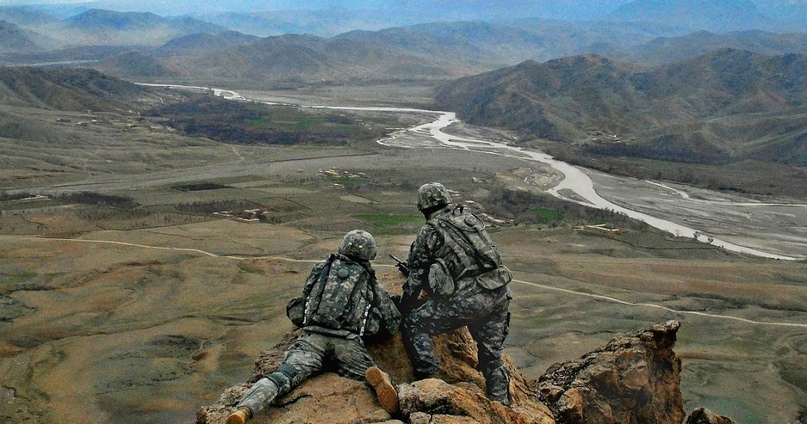 The war in the mountains is considered one of the most difficult types of fighting. The soldiers here have to fight not only with the enemy, but also with nature, with severe and difficult highlands.

Highlands, any region of the world characterized by the general inaccessibility, poor infrastructure. Rare road network has a low throughput and is replete with many steep climbs and dangerous areas. Numerous narrow defiles and passes impede troop movements and is a convenient place for the device mounts, and ambushes. Numerous mountain streams are generally small and not wide, but characterized by a strong current, high water level drops within the diurnal cycle and frequent changes in form bed and bank. Weather in the mountains is often changing and difficult to predict. The landscape of the mountain each theater of operations peculiar.

Common features of the battle in the mountains

Complex terrain in mountains limits maneuver troops. Difficulty in interfacing and monitoring, many neprosmatrivaemye and neprostrelivaemyh zones. The solid front line is usually absent, and hostilities are fragmented in small units. Of particular importance is hold commanding heights.

In the mountains acts immutable rule: those above - the more. Other key points are the bridges, crossing, perevalы. The use of tanks and other heavy armor restricted road network tankodostupnymi surroundings. From artillery it is optimal to use mortars and howitzers, capable of firing at high elevations.

personnel, acting in the highlands, even in the hottest time of the year should have warm clothing and winterized tents. Also needed elements climbing equipment (hooks, ice axes, jumpers, rope and so on.), additional drugs and stimulants.

mountainous terrain, one side, It contributes to the defense - it allows you to create a dense tiered firing system. But on the other side, strong irregularity hillsides, hidden passages and gorges favoring workarounds, which allows to strike the rear of the defending. Defense, usually, built not by a solid line, and individual nodes, suited for perimeter defense. The width of the defensive zone for crews can reach 25-30 km, battalion - 5-10 km, company - 2,5-3 km.

The front edge of the defensive line is located along natural boundaries - the mountain ranges or rivers. In front of him are placed outposts and a cover unit, designed to engage the enemy at the greatest possible distance from the main line of defense, delay the approach to it, and send a pre-prepared "fire bags".

Offensive operations in the mountains and are not continuous front, and in some areas along the valleys, roads and ridges. Before the start of the offensive reveals enemy firing points, determine their fire sector and possible dead zones between them. At the onset of the organization should consider the possibility of separation of individual units of the main forces. It is necessary to highlight the strong reserves, because the dynamics of combat contact in a mountainous area difficult to predict and is full of surprises. Preferred is not a frontal attack, and the coverage of enemy troops with blows to the rear or on the flanks. It is highly desirable to attract airborne divisions, that, landed in the operational rear of the enemy helicopters, They can easily isolate the area of ​​operations and prevent the approach of enemy reserves.

A typical problem, solved upon the occurrence in the mountains, It is to attack the enemy positions on the pass. It should first capture one of the heights, hospodstvuyuschyh pass over, and then attack the flank destroy enemy positions on the saddle. When attacking the top with a multilevel location of enemy firing points focuses on the interaction with the fire support means: when the assault groups begin to attack the lower tiers of Defense, artillery and mortar fire tolerated up.