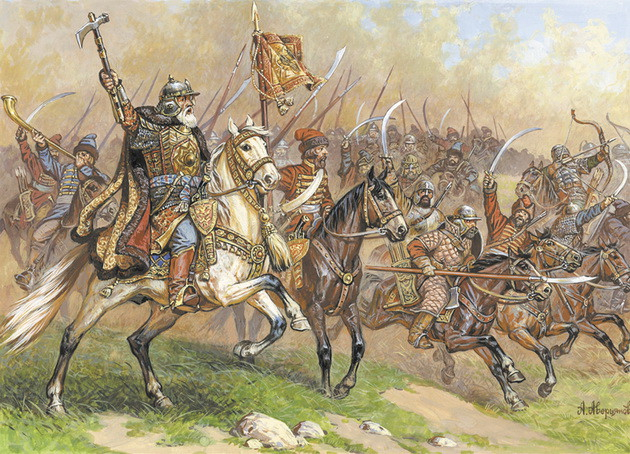 spring 1572 , the Crimean Khan Devlet Giray decided to deprive Russia Kazan, Astrakhan, the southern region of Russia, capture Moscow. The number of troops from 60 to 120 thousand. human, among which was the 7000th housing Turkish janissaries, rushed to the north. The Ottoman Empire was then one of the largest and most powerful countries in Europe and Asia and the continued expansion of influence and land grabbing.

In summer 1571 year to Moscow broke the Crimean Khan. It was the Livonian War, and the main Russian forces were under Revel, and Ivan the Terrible, rather than to meet the enemy with oprichnina army, He fled to Kolomna. Tatars burned Moscow suburbs. Sudden wind gusts flown flame dispersed throughout the city. Moscow has turned into a solid firestorm. One after another began to explode gunpowder cellar, arranged in the towers of the Kremlin and Kitai-Gorod. Muscovites, seek refuge from the Tatars outside the city walls, hundreds were killed by fire and in appalling stampede. His death, and found many wars, including the commander of the Moscow garrison, and tried to rob the burning city Tatars. In just a few hours Moscow burned to the ground. Crimean Khan with his troops watched the fire, stay at the Simonov monastery on the banks of the river four miles from the city, taking away the booty, and wealth to those, who managed to escape from fire. Although the city fire invaders brought little benefit, they are satisfied with, I am going back with the prisoners and with the, that managed to plunder. In addition, the Khan was destroyed many towns on the way back. The death of thousands of people, began in the Russian lands of famine and epidemic Crimean Khan pushed to the idea of ​​complete subjection to Russia.

On his return to Moscow, Ivan the Terrible Khan offered a military alliance in exchange for Astrakhan, however Tatars proposal rejected. Then the Russian Czar was forced to gather to repel the enemy forces all. According to many historians, reason was the poor combat capability oprichnina troops, discovered during a raid into Russia Crimean Khan. The guardsmen could not stop Khan, who managed to reach Moscow. Not relying more on the guardsmen, king called under the banner of the nobility, musketeers and Cossacks. Not knowing the exact path of the Tatars, Russian army spread out at key points on the approaches to Moscow. In Kolomna was a great regiment in 8 thousand. people Vorotynsky, Tarusa - the regiment the right hand Odoevskogo, in Lopasnya - regiment left hand Repnina, Kashira - The Watch regiment Shumsky, Kaluga - advanced regiment Khvorostinin. All gathered hardly 40-50 thousand. fighters. Considering the maneuvering capabilities of the Tatar cavalry, it can be argued, that the situation was critical. 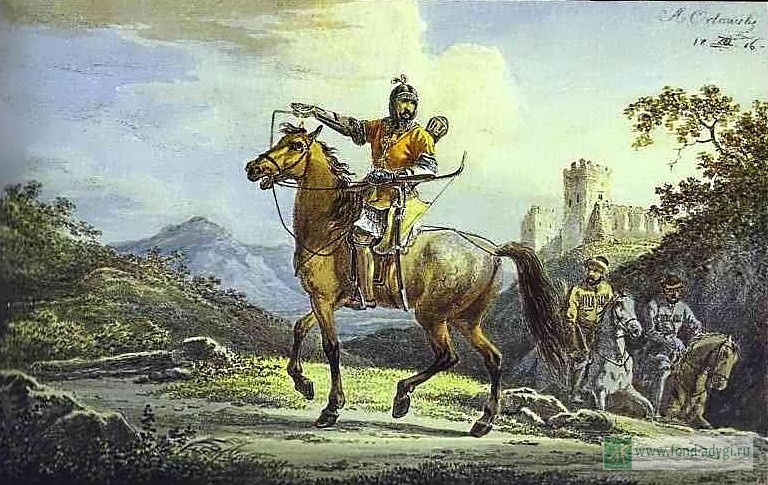 surprisingly, that one of the most important battles of Russian history is practically covered by historians. Although, if the troops of Ivan the Terrible lost the battle when Young, Russia would have been forced Islamization, if not ceased to exist. Voivod Ivan the Terrible built the nearby village from young, what in 45 km from Moscow, walking-city - a mobile fortress. Walk-city was a lot of heavy carts, which are powerful oak boards were put. Carts can be moved with the help of horses, making the strengthening of almost any shape and type in different places. With the shields was convenient to repel cavalry attack, defend against small arms and also shoot through the loopholes of arquebuses and even guns. For shields hiding from attacks and infantry, minimizing losses in battles. In addition to the walking-city troops were across the river give birth - they were archers with musket, securely protected natural relief. Other troops, pexota and cavalry, located on the flanks or up the rear.

In July, Tatar troops crossed the Oka and Serpukhov road started to move in the direction of Moscow. But excessively large army of Khan greatly stretched. A day later the Crimean rearguard was greeted by a detachment of Prince Khvorostinin at a young village and, in this way, Devlet troops, attacked from the rear, They were forced to retreat from the capital city of, to repel a small detachment, attacked them from behind. Khvorostinin soldiers were armed with musket, whereby the beat from a distance many Tatars, destroying almost the entire rearguard. But that was only the beginning.

30 July 1572 of the year, the day of the battle of the young, Khan's troops entered into combat with the combined forces of Russian. Vorotynsky army was divided into several regiments: Big, right hand, the left hand, Watchdog and Advanced. Big regiment was located on a hill in the so-called walking-city. Several tens of thousands of Tatars rushed to the attack: they were able to break the detachment musketeers, but walking-city stood, and shots of wooden boards caused irreparable damage to the troops of Khan. Then one day, 31 July, Khan Devlet whole army stormed the city of Mobile, but she was unable to cope with the Russian military cunning. Attack bыla weaned, and the next day there was another - under the leadership of the legendary diva-Murza, but the attack did not produce results, and very diva-Murza captured. 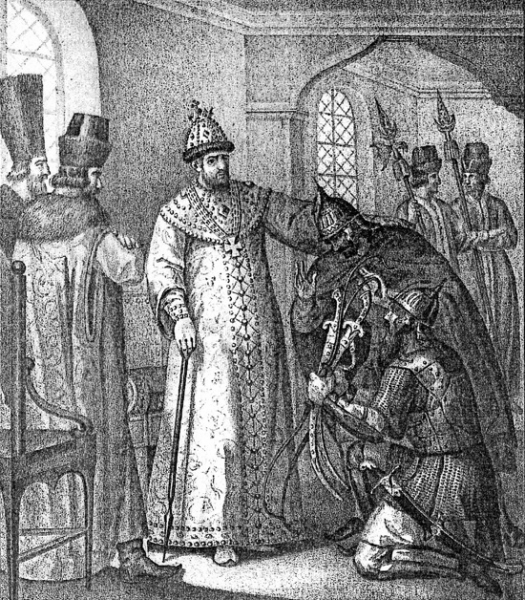 Discouraged by this development, Crimean Khan took a breather, then with his whole army attacked ukryvshuyusya behind the fortifications Russian army. Turks and Tatars showered defenders walking-city arrows, shot guns and arquebuses, but Russian war held. In the evening, when enemies exhausted, Vorotynsky decided on a desperate maneuver. He was smuggled out of the fortified ravine large regiment. Another part of the troops remained in command Khvorostinin. On cue Russian fired a volley of guns and arquebuses, and from both sides attacked the Tatars stunned. It was killed countless Tartar soldiers, including almost all of the Janissaries. The prisoner got a son and grandson of Crimean Khan, many murz.Na next day Tatars still thought to continue the battle, but he got an anonymous letter in their hands, written by the Moscow governor Tokmakov, proclaiming that, that rushes to the aid of the Novgorod army. Misinformation has played a role. After some skirmishes battered Army of the Crimean Tatars began to retreat, gradually turning to flight. Russian troops under the command of the once disgraced Prince Michael Vorotynsky (a year later he would be executed) defeated the army hana.Takim way, a threat to the sovereignty of the country has been eliminated from the Crimea. Triumphal victory at the young Ivan the Terrible allowed to resume the war in the western direction. winter already 1572 year 80000th Russian army began military operations against the Swedes in Estonia.Gabriel Tsobehiya