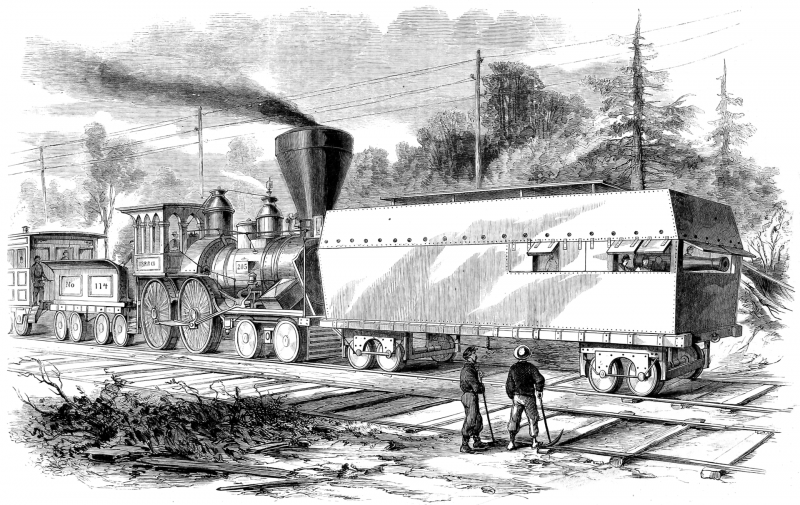 for 20 years after the Crimean War in the combat training of the Russian troops have been significant changes. They explain the influence of the abolition of serfdom and the introduction of universal conscription, the experience of the Crimean War and the taking into service of a new army, technically more advanced weapons (gun, rifle Berdan, nareznaya artilleriya). A great role in the development of Russian tactical and military thought in general, as well as in the training of troops played an experience conducted wars: Italo-Franco-Austrian 1859 of the year, US Civil War 1861-1865 years. for example, in the field of military strategy due to the emergence of railroads, affecting the nature of the deployment of troops, their prompt delivery to the theater of military operations, sharply increased room for maneuver in order to concentrate forces in the decisive direction.

There was a change in tactics: in charge of the fight is becoming increasingly important and new tactical fire form, associated with the extensive use rifle chains. Increased field activities infantry. From foot soldier to demand more autonomy and initiative; as a result of increases and is subject to change in a single preparation. Single training in conditions close formation (in columns, lines) It was aimed at, to achieve uniformity of the soldiers actions, eg, marching in, rifle receptions, shooting. A single study in terms of action in the combat chain was intended to prepare soldiers for a more or less self-sufficient, develop their resourcefulness, enterprise. In close formation mechanical training, Odnoobrazie, drill and pedantry looks as if justified, ie. he served as a cover for the operation reactionary generals, soldiers who considered as a mechanism, part number provided. Changes in the nature of combat troops required to teach not more for parades and royal parades, because, is needed in war. Military reforms 60-70s, although not fully implemented, training closer to the nature of the fighting (maneuvers, practical shooting, demining work). The army began to pay attention to literacy, physical fitness, introduced gymnastics and fencing.

AT 1862 D year. A. Milutin in his next report writing: "Improving the Army is based mainly on the formation of units, its components, on the development of their natural abilities, not only physical, but also mental ". but, despite the efforts of leading military figures, to the beginning of Russian-Turkish war, the troops were not fully covered by the new system of training and combat training. Individual innovations implemented halfheartedly. The king and his entourage, carriers parade and drill, They held on to the old, understanding under the proposed reforms are just some update of the old order. "Unfortunately, - says Milutin, - sovereign, having a tendency to maintain old traditions, although I rejoice in the success of troops in this tactical formation, in the same time, but w, and demanded strict observance of coherence and alignment to the ceremonial march, on the precision of divorces, church parades and other ceremonies throughout the former petty formality. One some remark of the emperor empty error or irregularity step, insufficient "clean" alignment paralyzed all efforts to give a new character training troops, more appropriately true benefits and conditions of war ".

In the 60-70-ies of the infantry still continued to share in the Infantry, designed for doing Firefight, and linear, designed for doing mainly bayonet. Almost all the high command of the assigned action line infantry in close formation of primary importance. "Attack with closed parts, - stated in the charter, published before the war, at 1875 year, - to be prepared as far as possible the fire chain; Therefore, the chain must not only be sent before the attack, but also an opportunity to strengthen, fire it must be the most rapid ". Rifle circuit considered only as an auxiliary to close formation. Preference was given to fire volleys of serried lines and columns and bayonet.

The infantry battalion tactical unit was. Then, instead of building battalions appeared commissioned by companies with extensive use of military small chains. The order of battle of infantry consisted of two battalions of the line, and reserve. The battalions of the first line is usually constructed in two mouth lines, Rifle having a front chain (rifle company). Battalions expelled into the circuit (in the case of the command "scatter!»), from each linear company - poluvzvod (company consisted of four platoons). When deployed battalion located front (formation) and by companies in the two lines, Shipped poluvzvod the circuit from the first line of each company. As battalion, and company (linear) built in two rows deployed front, columns platoon, poluvzvodnymi, for offices and quads; a chain of one company deported poluvzvod; all other company divisions were steps in 300 the chain. The chain - skirmishing unit is considered small flight of four people. Arrow upon the occurrence of approaching enemy rushes (at 25 – 30 steps) from cover to cover and, when before the enemy, take a position, remained 50 – 100 steps, rushed for a team with hostility. When approaching enemy units of closed circuit to its front and purified by arrows on the flank became, continuing to fire.

Shooting attached great importance. shooting training, as stated in the Manual 1870 of the year, was aimed at, "So that every student has achieved the ability to produce accurate combat shot". However, firing range for linear mouth was limited. Infantry units trained on shooting 1200 steps, Linear - on 600 steps. Shooting from close formation was conducted on the volley blank range - 300 – 400 steps. according to the regulations 1875 Year firing volleys in shooting battle was given, properly, important place; permitted firing volleys whole battalion deployed, while the fire was on 300 – 400 steps. Serried battalion is a good target for enemy marksmen, who were firing from the shelter.

In this way, despite some measures undertaken, significantly improve the combat training, Russian army was not sufficiently prepared before the Russian-Turkish war.Gabriel Tsobehiya