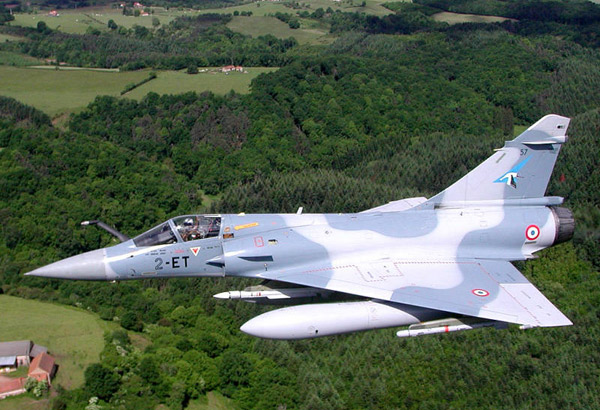 Interceptor "Mirage" company "Dassault" created, as far as it's possible, lightest and smallest, to provide a combat curb using one of the turbofan engine thrust-SNECMA M53-5, equal 1. On samolete «Mirage» 2000 We returned to the delta wing "Mirage" aircraft of III. and to increase the maneuverability of the device supplied by-wire flight control system (fly-by-wire). which allows to stretch the mass center line to the rear of a, than traditional circuit planes. This leads to a decrease in self-sustainability (without the use of self-stabilization).

Plane «Mirage» 2000 wing has a larger area to reduce the specific load on the wing and to provide the best performance in the low speed, as well as to increase the rotation speed at high altitudes. Besides, Sharing automatic slats and wing elevons gave varying curvature, which further increased the flight characteristics and controllability at low speeds. The rest of the overall configuration of "Mirage" aircraft 2000 is similar to the configuration of "Mirage" precursor III.
Was built 5 prototypes. The first prototype flew in full 10 Martha 1978 city, and the fifth - Option 2-seater training (combat) aircraft "Mirage" 2000V - 11 October 1980 g. The first production "Mirage" 2000C flew 20 November 1982 g. The first deliveries of the French Air Force aircraft began in 1983 city, and 1984 g. it was announced, that the aircraft proceeded for duty. TO 1990 g. We received orders from seven customers for more than 440 "Mirage" aircraft. 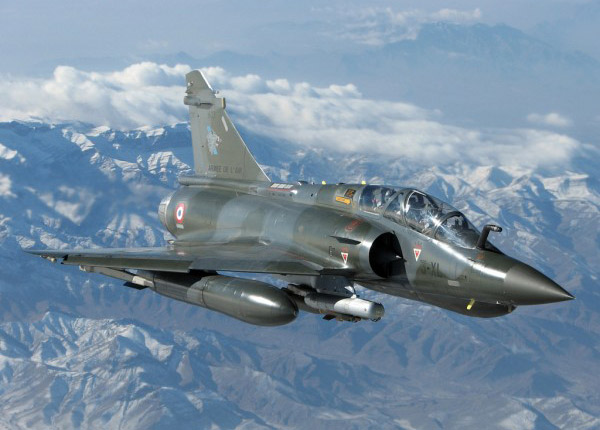 The plane is made on a "tailless" with a low-delta wing and one engine with forced draft. Wing mnogolonzheronnoe with fairings, providing blending with the fuselage, an asymmetric profile with a variable spanwise relative thickness. Semi-monocoque fuselage, made of space rule. It made mostly of metal alloys.
The flight control system of the active electrode-Stantsionnaya, with quad redundant circuit in the circuits of the longitudinal and lateral control, and three-channel redundancy scheme in the circuit directional control. autopilot SFENA 605 It provides the artificial stability plane for some modes. Longitudinal and transverse controlling with the aileron, directional control - Rudder. 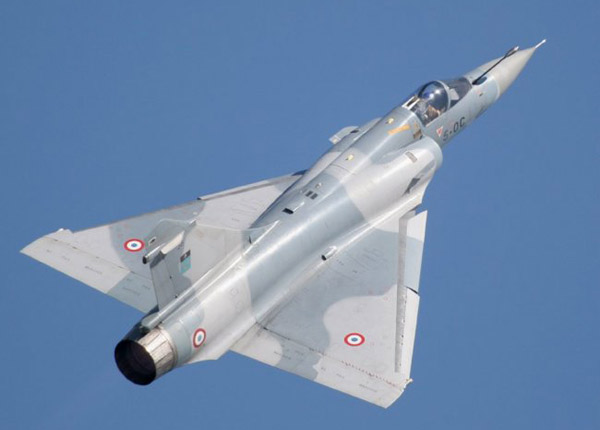 «Mirage» 2000D - a designation meant for a double version of the "Mirage" aircraft 2000s, and is now used for the former 2000N, adapted for normal attack, and not equipped with missiles "air-to-surface» ASMP. The increased combat effectiveness is determined by the laser guidance system. Deliveries of thirty-nine 2000D aircraft scheduled to be completed for the Air Force in France 2000 g. 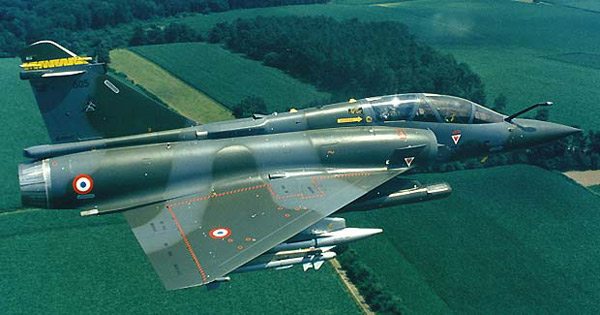 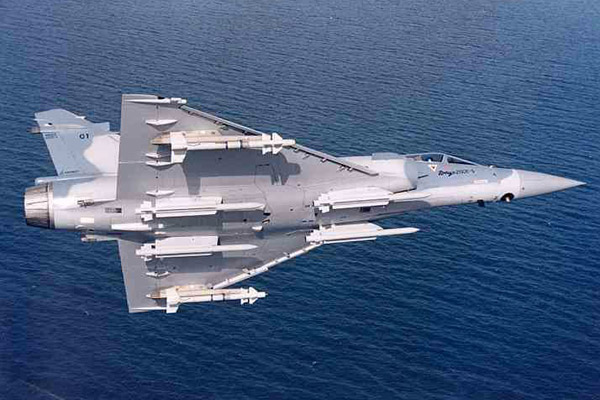 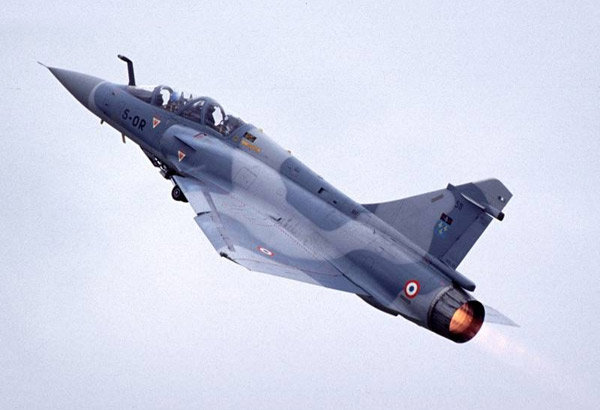 Indian Mirage 2000 participated in the Kargil conflict 1999 of the year. "Mirage" made more than 500 departures: 274 made planes 1st Squadron, who solved the problem of air defense and escort attack aircraft, and more 240 – 7 Aircraft Squadron, under the cover of MiG-29 fighters to strike at ground targets, to which they have been dumped more 55 tons of bombs. Among the missions of the 7th Squadron notable blows on Manto was given, Tiger Hill and height 4388 in Dras sector. Manto was given on Mount in Batalik sector 17 June 7 strike aircraft Squadron unmanaged bomb the main point of the enemy's supply was destroyed: It was liquidated more 50 buildings and 100 human. 24 June top of the mountain Tiger Hill guided bombs with laser guidance, dumped with two Mirage-2000 fighters, I was struck by an enemy battalion headquarters – It was the first combat use of ASD Indian Air Force. On the same day followed by a blow to the same purpose unguided bombs. 4On July unguided bombs hit was first applied to artillery positions and camp supplies at the height of 4388 in Dras sector. The next attack was carried out by four Mirage-2000 Sixth of July, cast off 24 bombs, a 10 July three planes dropped more 15 neupravlyaemыh Bomb. These strikes have broken the enemy's resistance, and because of high losses among the officers severely weakened leadership.

19 Martha 2011 of the year 4 Mirage aircraft 2000 as part of the French Air Force took part in the operation «Odyssey Dawn» anti-Gaddafi forces in Libya. 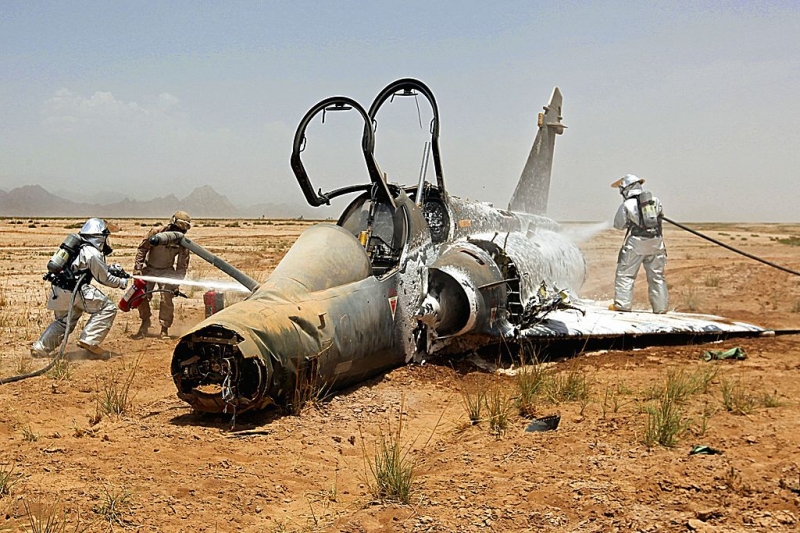 The wreckage of the French "Mirage 2000", lost in Afghanistan

The performance characteristics of the Mirage 2000C 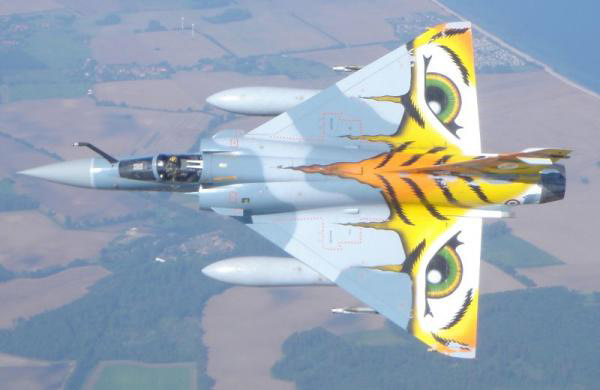 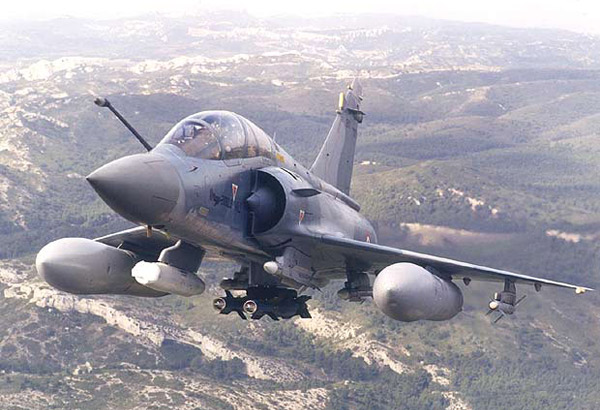 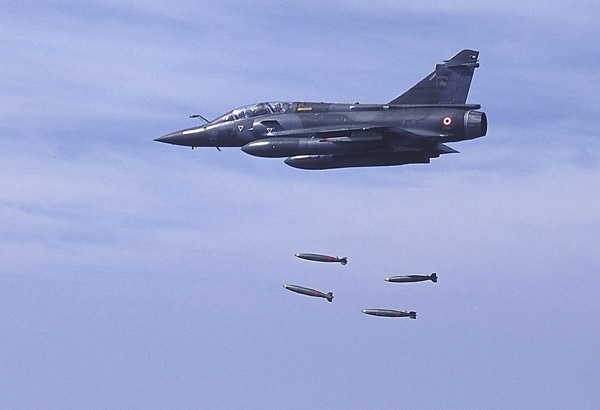