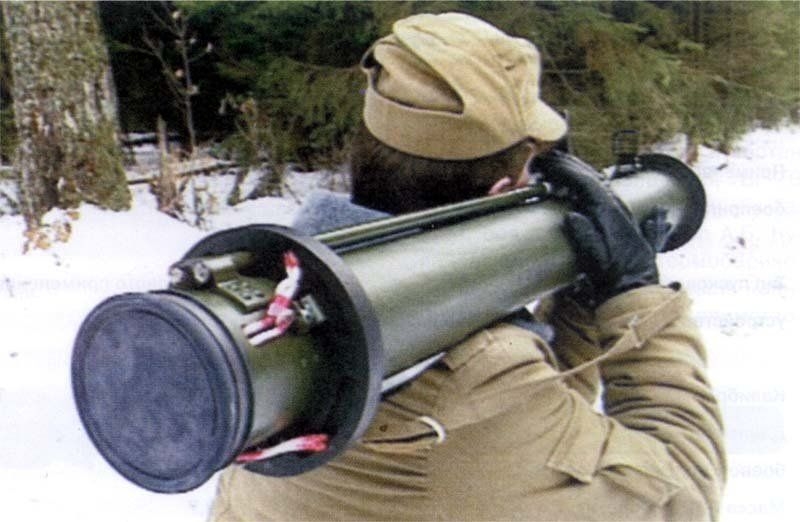 RPG-27 "Tavolga" (TKB-0174, GRAU index - 7P30) - Soviet antitank rocket grenade, which was developed by leading designers of the NGO "Basalt" Yu. Radchenko and A. Korablev under the symbol TCB-0174 and adopted by the Soviet Army in 1989 year.

Despite the fairly high armor piercing rocket-propelled grenades (suffice it to say, that armor RPG-18, 22, 26 superior armor classical cumulative projectiles cannon artillery at the same caliber), they are not allowed to wage a successful struggle with modern tanks, equipped with dynamic protection (DZ). Therefore, 1983 year was approved by the tactical and technical requirements (TTZ) to create antitank rocket grenade increased efficiency (with a tandem warhead) with disposable grenade RPG-27 "Tavolga". This grenade NGO "Basalt" by Russian designers (YU. Radchenko and A. Korablev) It managed to retain almost all the operational advantages of the RPG-26, with greatly increased efficiency. 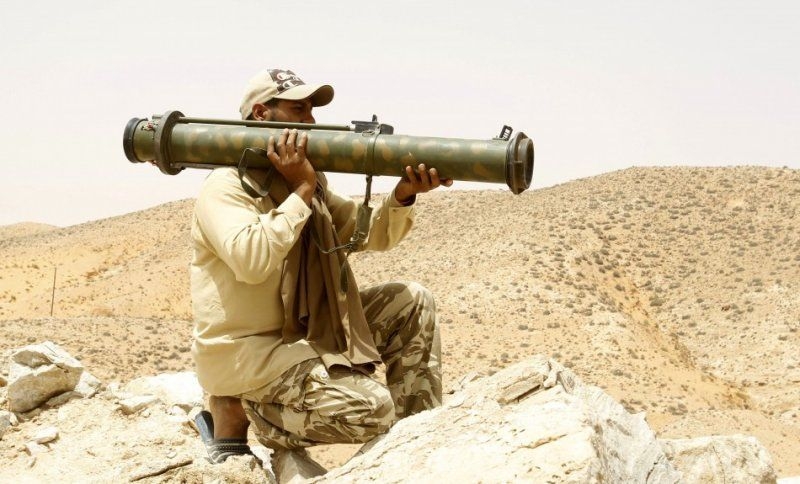 RPG-27 is designed to defeat armored targets, with dynamic protection or spaced armor protection. After completion of ground tests in August 1988 , the RPG-27 was presented to the military tests. In the conclusion of troop Commission was asked to test: "Antitank rocket grenade RPG-27" Meadowsweet "taken by the Soviet Army as a freelance agent, along with a grenade RPG-26". It was adopted by the RPG-27 1989 , the armament of the USSR SA.

The design of the RPG-27 launcher has remained virtually the same, and in that the WGS-26 and consists of a pipe-piece fiberglass. With the ends trigger destructible closed with rubber caps shot. Differences affected only the configuration of the safety strap. Besides, at the rear of the UE has a hinged metal stop, designed to ensure the safety needle from hitting the jet when firing from a prone position or shelters.

Starting device "Tavolgi" is a fiberglass pipe and basically does not differ from the launcher setting RPG-26. The trigger mechanism and sighting "Tavolgi" devices in design similar to the RPG-26. 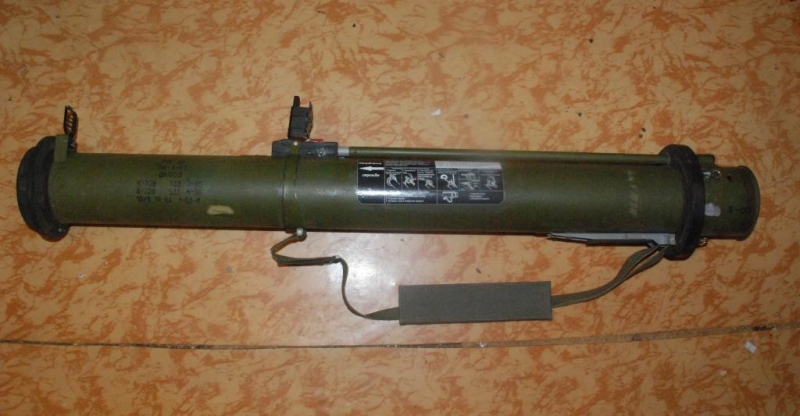 Translation grenade from traveling to combat and back is carried out in the same order, that of the RPG-26. To bring in the firing position safety pin is removed and the sights are in the deployed position, with the cocked trigger mechanism, and you can make the launch of grenades by pressing the trigger. If necessary translation grenades back to the stowed position of the trigger mechanism removed with cocking of the rear sight when lowering the sight in the horizontal position and fixing it cotter. When fired, the trigger device is formed behind the danger zone to a depth of 30 meters and with a solution 90 degrees.

Reactive antitank grenade PG-27 is a missile with a tandem shaped caliber armor piercing warhead 105 mm (main warhead) and 64 mm (BC-leader, designed to overcome the dynamic protection) and powder jet engine, fully practiced in the trunk single trigger device. Stabilization grenades on the trajectory is performed by means of folding stabilizers and placed by the axial rotation of the garnet. The rate of departure grenades from the starting device – order 120 m / s.

Upon meeting with an obstacle PG-27 is activated first cumulative front head portion, initiating with bursting charge explosive reactive armor, and then with a certain time delay – main cumulative head part. This scheme allows you to wage a successful struggle with all modern tanks, equipped with dynamic protection. Jet engine charge of powder grade 11/1 TR B / A. The head of the grenade is armed with explosive brand "Okfol".

charge protection undermining dynamic does not change the direction of a cumulative jet of the main charge of the grenade, and does not reduce its disruptive actions. Therefore grenade PG-27 provides a guaranteed armor penetration behind ERA. According to various sources, she is from 650 to 800 mm (ie. almost all models of modern armored vehicles), and can be effectively used to destroy enemy personnel, located in buildings of bricks, concrete and wooden-shelters.

RPG-27 "Meadowsweet" was rated as one of the most powerful and successful, from the constructive point of view, antitank melee.

The simplicity of design of RPG-27 has led to a high reliability of weapons and does not require long-term specialized training its application. Little time to bring weapons in readiness to fire it provides rapid application of suddenly appearing targets. Possibility of coupling two grenade launchers in the pack simplifies portability. By taking on the RPG-27 adopted Russian Armed Forces have received one of the most powerful anti-tank systems.

On the basis of the RPG-27 rocket grenade assault RShG-1 was developed. Designers managed to achieve a very high degree of uniformity. So, a starting device only aiming device was changed to increase firing range. Warhead grenades borrowed from a grenade TBG-7, a jet engine – RPG-27 grenade.

The dimensions of the RPG-27

The dimensions of the RPG-27

The speed of the RPG-27 grenade 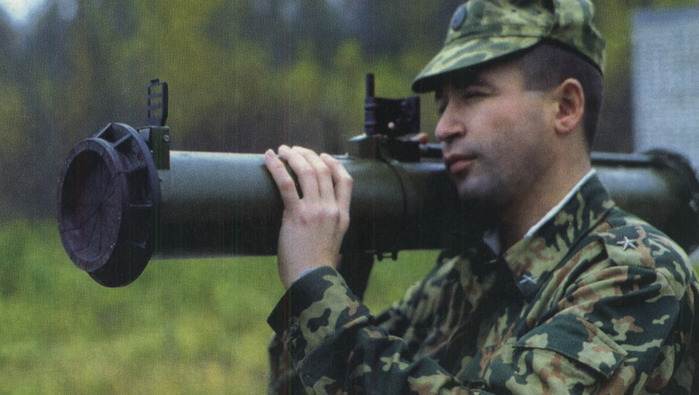