Since the single shot rifles to win the war it was difficult, it was decided to release a rifle Berthier Mle system 1907, which could join a standard bayonet rifle Lebel. Besides, bolt handle stem was formed by direct, not curved, and became thicker. Framework-step sight was marked up 2400 m. Under the designation Fusil d'Infanterie Mle 1907/15 thousands of these rifles were produced and sent to the troops during the First World War.

French representatives Armaments also signed a contract with "Remington" company for the production of this system, Several thousand were manufactured, but too late, so the entire order has remained in the United States and sold through the channels of realization of surplus Army equipment.
Part of the rifles was purchased by US film studios for use as props military and adventure films. As the French Foreign Legion used only rifles Berthier Mle system 1886, countless viewers in the United States and throughout the rest of the world saw the "French Legionnaires', striding across the sand dunes of Southern California and throws to the shoulder, that was called "rifle Lebel" in the dialogues and titles. Quite possible, that this was the reason for the erroneous name system Berthier, "Lebel rifle".

The first months of operation Mle 1907/15 in the trenches revealed, that the hole in the bottom of the receiver and frequent loading are major causes dirt in the receiver of the rifle, so Berthier rifle received a new stack, a five cartridges. The construction of a new package as a whole is identical to the previous, it was symmetric, and the cartridges were placed without pin receiving one bead for another. This required the introduction of an elongated steel shop, heavily favored down for "swelling" box. To prevent dirt from entering the store was equipped with a metal cover, fixed on the hinge away from the trigger guard and closes store located in the bottom of the hole for the empty packs Drop. After emptying fighter packs inserted into the store and new, clicking on it, simultaneously squeezed down empty pack. And, in its turn, He is pressing on the magazine cover and forced her to open, whereupon packet dropped out down. The shooter may close the lid or leave it open.
The resulting modification of the rifle, In addition to shops, distinguished by the presence of the receiver pads and called Fusil d 'Infanterie Mle 1916. It has become the main weapon for the entire French infantry, eliminating snipers and grenade, Lebel retained in sniper rifle and grenade embodiments. Besides, trench warfare shown, it is more convenient compact carbine during labor in the narrow passages Posts, than a long rifle.

In the same 1916 he appeared carbine Mousqueton Mle 1892 M.16, repeating artillery model 1892 year around, except shop and handguard, which have been borrowed from the Mle 1916. This modification was made at a higher level, than all previous versions of rifles Berthier.

In this regard, it was decided to part rifle Mle 1902 и Nle 1907/15 remake a new cartridge, replacing the single-row store, designed for burst loading, two-line shop, oboymennym with loading and staggered cartridges. As a result, the receiver appeared slots for clips, a characteristic of the system Berthier "swelling" lodge practically disappeared. Combat larva shutter system store device was replaced with the liner sample Berthier 1934 , the M1929 cartridge.
In the experience of World War II, it was decided to do a short rifle, so the caliber of the barrel 7,5 mm have a length 570 mm (for Mle 1902) and 580 mm (for Mle 1907/15) and in the embodiment for Mle 1907/ 15 I got handguard, appropriately shortened and lodges. Sector sight was calculated at a distance of 200 to 900 m. new rifle, received the name of Fusil d'Infanterie Mle 1907/15 M.34 and Fusil Mle 1902/37, fully meet the requirements of the time, their only drawback, inherited from the system Gras / Lebel, It was the absence of a fuse.

The rifle Mle cuirassiers 1890 - Carabiner for cuirassiers sample 1890 of the year (by cavalry carbine differed altered butt, who had a leather back plate instead of the metal)

The Miss artillery carabiner 1892 - carbine sample 1892 year for Gunners, I came with a sword bayonet 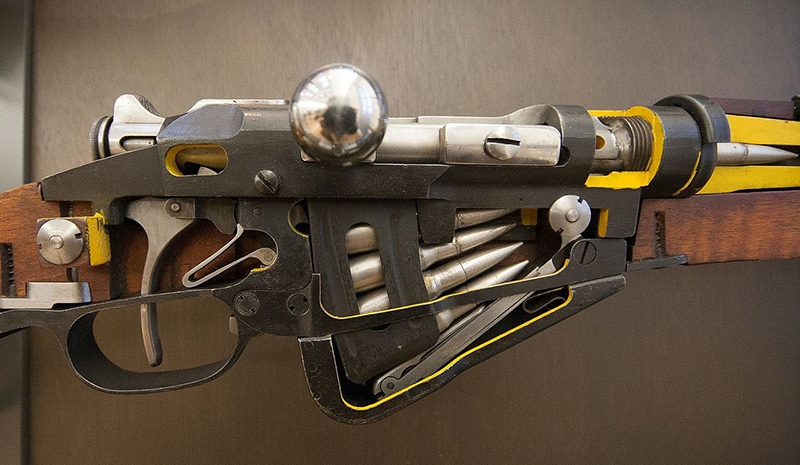 The performance characteristics of rifles and carbines Berthier 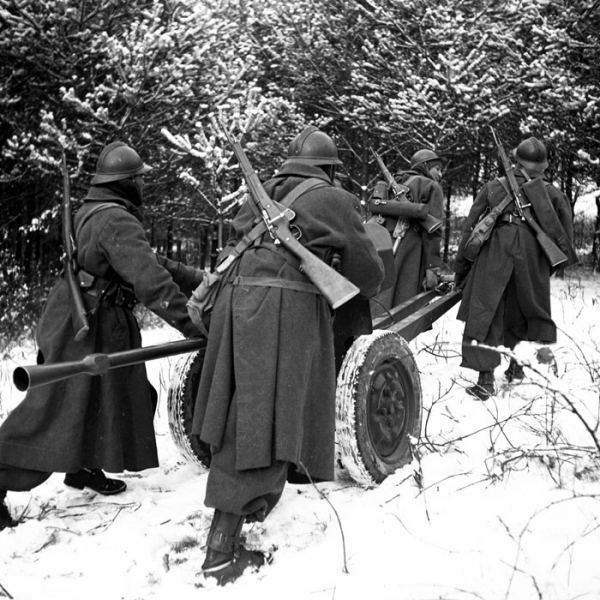 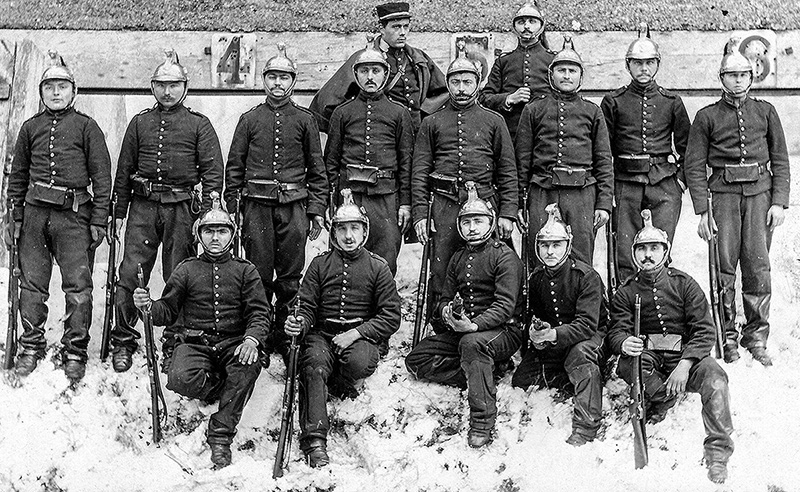