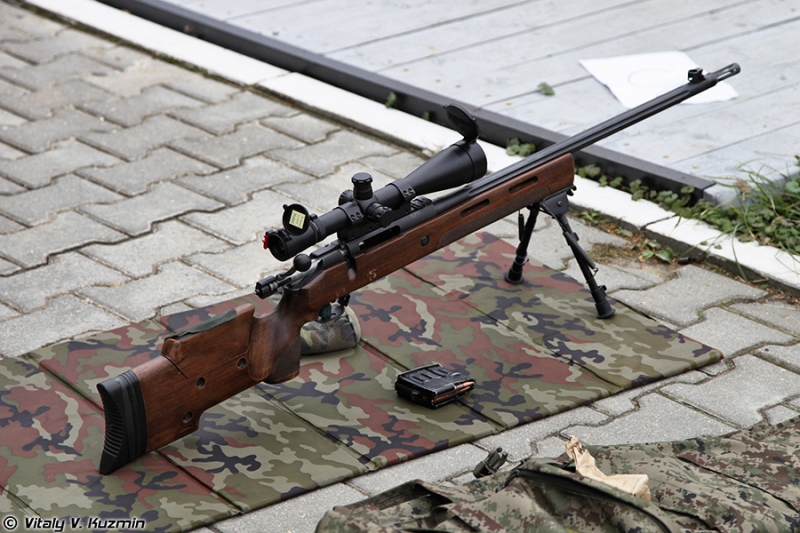 In the domestic and foreign media have reappeared evidence of the use of Russian weapons by the Syrian army. Delivery of weapons and equipment manufactured in Russia in Syria are not new, however, from time to time received a very interesting message on the transfer of certain new models. So, at the beginning of this year there were reports on the application of the Syrian army sniper rifle MC-116m. In early December, the topic has again become topical: several editions published pictures of Syrian snipers from these weapons of Russian production. 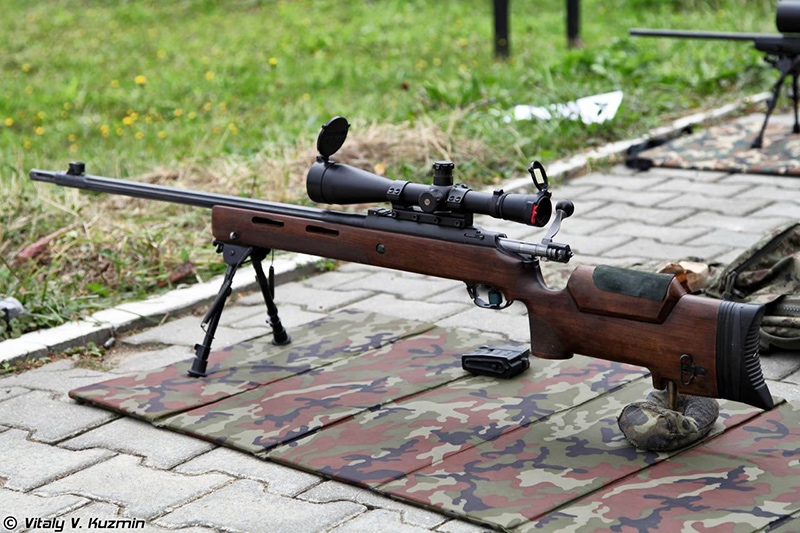 Generally, Supply of Russian firearms friendly Syria is not sensational news. Military-technical cooperation between Russia and Syria has been going on for several decades, and with the beginning of the Civil War, it only intensified. In connection with the loss of depots and warehouses to the material part of the Syrian military were forced to place new orders for a particular military products. Not later than the end of last year supplied weapons nomenclature replenished by Russian high-precision rifles MC-116m. It should be noted, order that he could appear much earlier, and the delay in the appearance of the first evidence of such a supply of weapons associated with a number of objective reasons.

According to reports, Syrian armed forces have received a number of rifles, MP-116m, which were referred to a number of land forces. This weapon is used for its intended purpose: to defeat enemy personnel at ranges of up to several hundred meters. Besides, probably, Syrian snipers using these rifles can affect unprotected equipment of the enemy. Notable features of MC-116m suggest, that the weapon is highly effective when used in conditions of cities and other settlements.

Sniper rifle MC-116m was developed by the Tula Central Design Bureau of Sporting and Hunting Weapons (TsKIB COO), now part of the company "Instrument Design Bureau" in the mid-nineties. The aim of the new project was to create a combat version of the existing MC-116 sporting rifle. Such weapons have been successfully used by Russian athletes, and its main features are allowed to create a battle rifle with the same parameters. By processing new parts and change some of the design features sniper rifle MC-116m was created. Work on this project was completed in 1997 year. 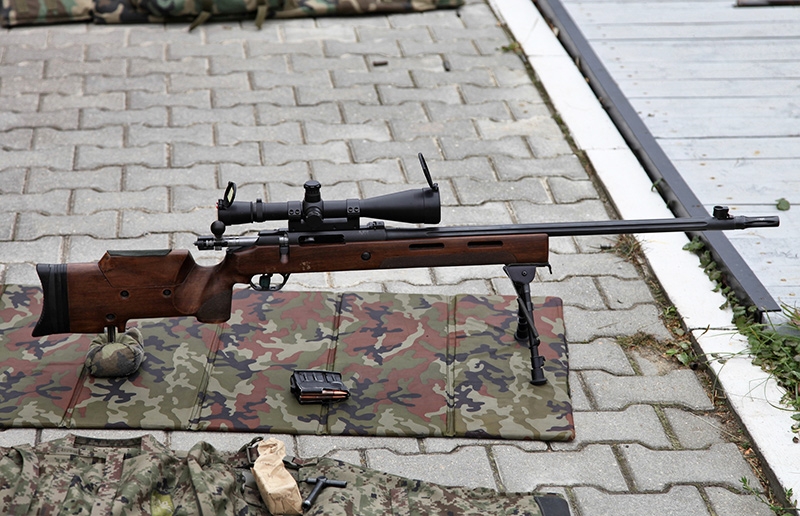 Rifle MP-116m is a non-automatic high-precision weapons with manual reloading of ammunition and shops, calculated chambered 7,62h54 mm R. It includes some of the units used, borrowed from the basic sport MC-116, but the store has been introduced for use in the armed forces in the construction and some other units, intended to improve characteristics.

MC-116m is equipped with a "heavy" caliber rifle barrel 7,62 mm 650 mm (85,3 caliber). On the lateral surface of the trunk are provided dales, by which it provides more efficient cooling between shots. The muzzle of the barrel located foldable front sight and mount for slot flame arrester. An important feature is the design of the rifle barrel mounts. The barrel is made freely posted and held in place only by contact with the receiver. Lodge rifle designed so, which throughout its length is not in contact with the side surface of the barrel. This ensures constancy barrel oscillations when fired, which is easier to consider when zeroing.

The barrel is fixed in the cylindrical receiver, located at the rear of the box. The design of the box has a number of features, typical for weapons manual reset. On the right side surface provides a window to eject shell casings, at the bottom - a reception shop window. At the rear of the box shaped recess has, according to which during the preparation for a shot goes bolt handle. On the upper surface of the receiver are provided for fastening sights. Rifles early series were equipped with straps type "dovetail". Currently, rifles equipped with Picatinny rail, expand the range of compatible sights. 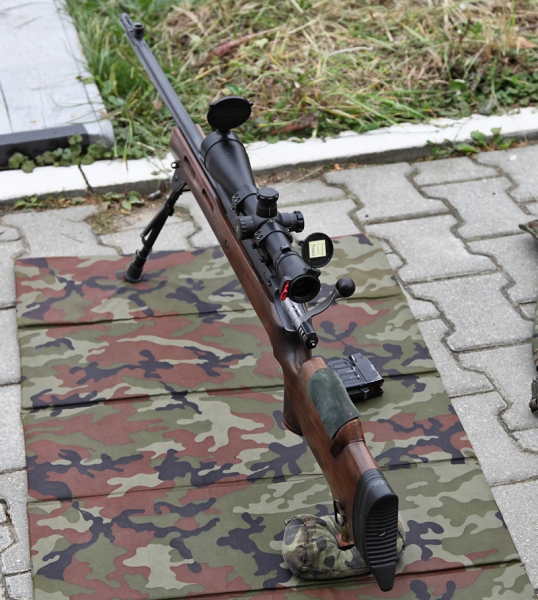 The bolt is formed longitudinally slidably and rotates around its axis in the most forward position. Locking barrel before the shot is made by means of two lugs combat larvae. To control the recharging of the gate there is a T-shaped handle. The form easier to work with the last gate, but also imposes restrictions on the design of sight.

The ammunition supply is made from detachable box magazine 5 or 10 rounds. At the same time are supplied to stores 6V1 10 rounds. The store is placed in the lower window box and is fixed by means of respective latches.

All units MC-116m rifle mounted on a wooden box with an adjustable butt. For added convenience, the arrow provides mechanisms to change the length and height of the butt cheeks. It is also possible to move the buttplate vertical and horizontal planes. Butt length is adjustable 30 mm, vertical deflection backplate also limited 30 mm up and down, Side - to 6 mm. Cheekpiece can climb 30 mm and a shift to both sides 6 mm. 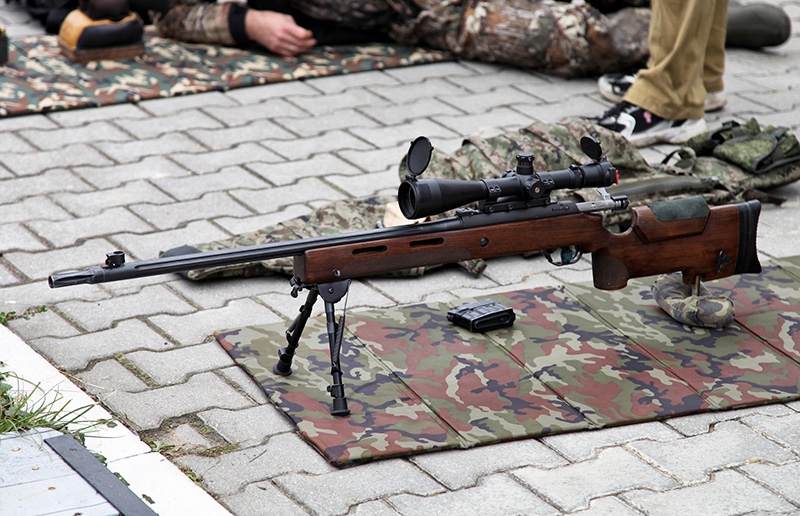 The basic package MC-116m sniper rifle includes an optical sight POSP-8h42L. If necessary, the shooter can use other sights, is fixed on a bracket of the receiver. To improve the accuracy of fire rifle is also equipped with bipod type MTS116M C64, an adjustable stop for the butt and protivomirazhnym device MTS116M Sb6.

Rifle MP-116m with an empty magazine and without sights weighs 6,5 kg. arms length without muzzle attachment - 1250 mm. The minimum distance from the center of the trigger to the fore-end is 340 mm.

According to the manufacturer, effective range rifle shooting up 700 m (according to other sources, 800 m). This provides sufficient accuracy. According to some reports, quality when using cartridges 7,62h54 mm R «Extra" ensures the order of accuracy 1 MOA.

According to reports, in the late nineties, a sniper rifle MC-116m has gone into production. Nevertheless, specific characteristics, labor-intensive industries and niche tactical impact on the production rate. Rifles of this type are produced in small batches by order of different structures from the Ministry of Defense, Ministry of Internal Affairs, Federal Security Service, etc.. In this way, Number of total rifles MC-116m may not exceed several hundred.

According to the manufacturer, rifle can be equipped with two types of trunks, calculated for different cartridges. The main warhead is domestic 7,62h54 mm R. Besides, possible to manufacture weapons chambered 7,62h51 mm NATO. In this embodiment, the rifle MC-116m offered for export.

At the beginning 2015 the year the first photos and videos, where the arrows of the Syrian army was depicted with rifles MC-116m. This was the first evidence of delivery of such weapons friendly Syria. In the future, the Russian high-precision rifles repeatedly "flashed" in the new War Chronicle. Details of the use of such weapons were not specified, but we can assume, that its use can effectively destroy enemy manpower, maintain fire advancing units and deal with other combat missions.

Sniper rifle MC-116m is a further development of sports weapons, which has resulted in high performance. This weapon is a long time used by the Russian military and security forces, but mostly used only during drills and exercises. Supplies of rifles to Syria allowed to test these weapons in a real conflict. Judging by, that the exploitation of such weapons continues, MC-116m is well proven, and original approach to the creation of the rifle fully justified.

The first batch of the rifles were of high quality trunk trim, and using targeted cartridges – ensure the accuracy not worse 0,5 MOA. With the increasing scale of production rifle, trunks quality has declined.

The performance characteristics of the MP-116m

Work principles: the sliding bolt
Aim: open, It has a removable bracket for optical (PKS-07IN) or night sight 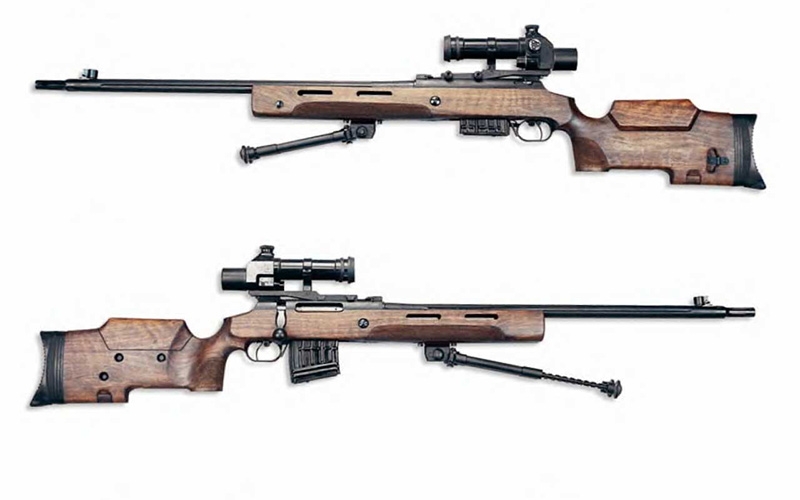 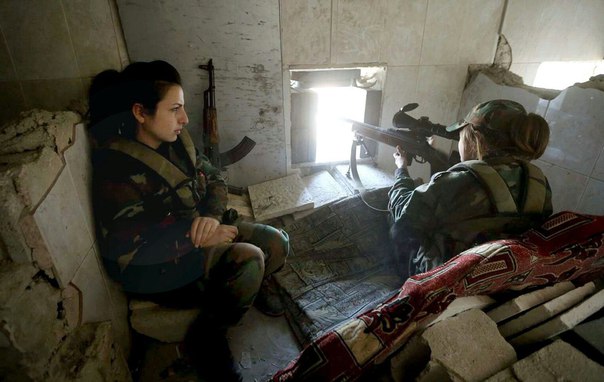 Soldiers of one of the female female divisions of the Republican Guard of Syria, the ongoing fighting on the outskirts of Damascus, near jobaria, November December 2015 of the year. Sniper rifle MC-116m monitors.