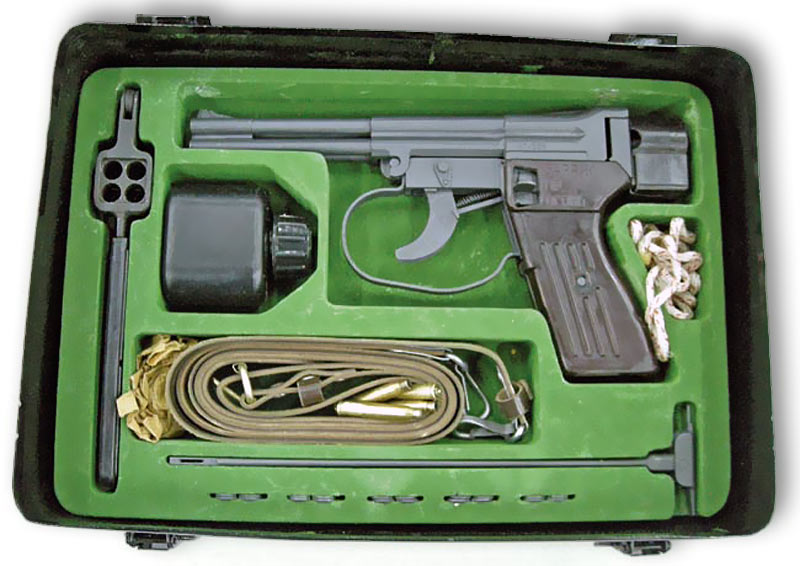 Pistol SPP-1 (SPP-1M) created for arming frogmen, to fight with the enemy under water and the outside. The cartridge and the gun was developed with the participation of TSNIITOCHMASH TOZ. Development pistol engaged Simonov VV.

In March 1971 ATP Year-1 complex was adopted by the Soviet special forces. 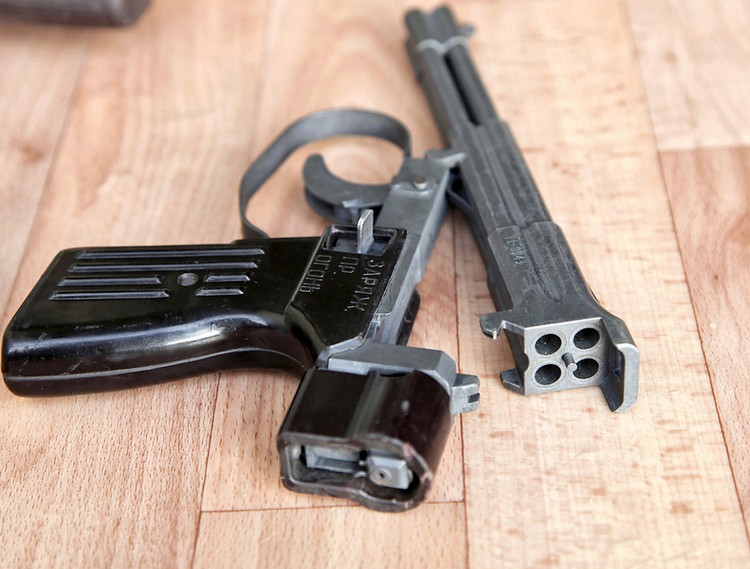 Pistol SPP-1 (SPP-1M) - nesamozaryadnыy, chetyrehstvolny. Trunks are combined in block, when opening the fold-down. The gun is equipped with a self-cocking trigger shock and allows keeping only a single lamp. At each shot the hammer rotates 90 degrees and under the influence of hammer smashes the next cartridge cap. The gun is charged with the help of clips, which are rigidly fixed four cartridges. Thus the cage is an accelerator loader, similar in principle to the revolving collars, four cartridges at the same time invested in trunks. pistol ammunition 16 rounds, gear holder. Loaded pistol carried in a holster, equipped by three clips (12 rounds) placed in special sealed metal canisters. 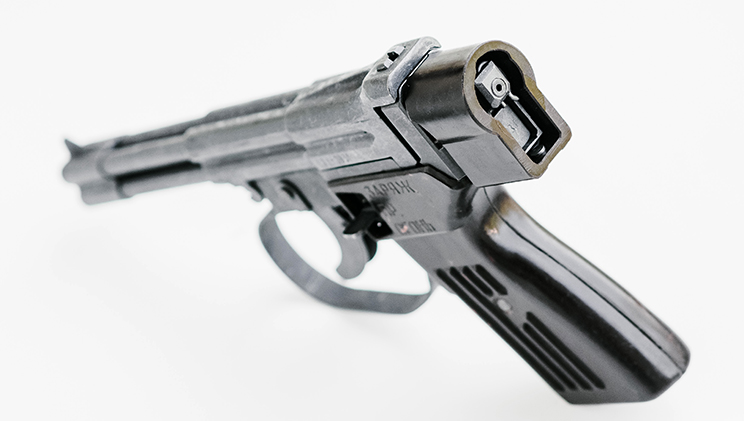 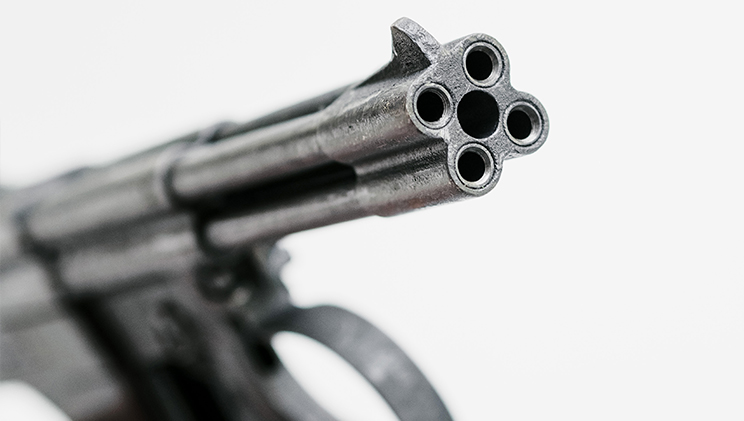 In a combat situation stems fixed latch. Located behind the trunk unit hammer mechanism provides successive shots from each barrel. The trigger mechanism operates from a single trigger.

The gun is capable of hitting the enemy in insulated foam suit and further fortified 5-mm plates of fiberglass. Besides, CPR may be used to protect swimmers from dangerous marine predators. 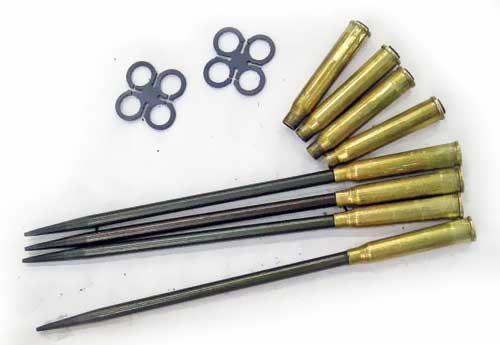 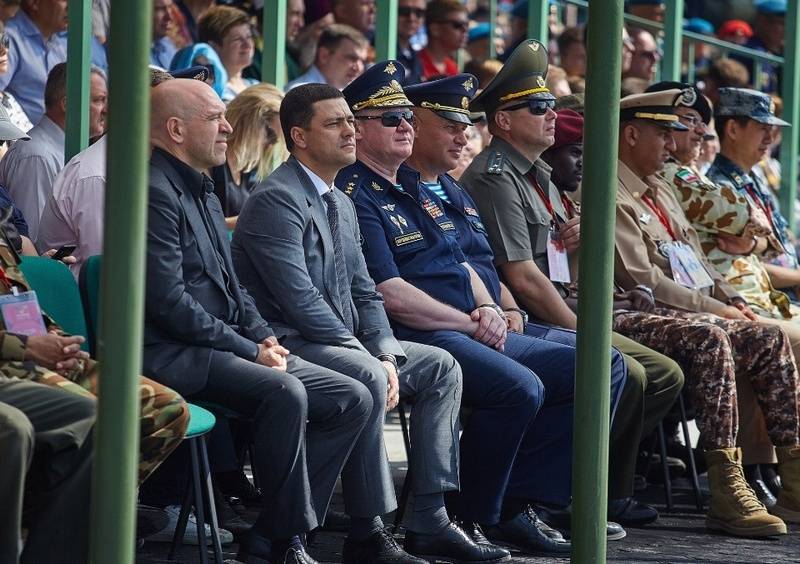