Advice, who do not write in books. 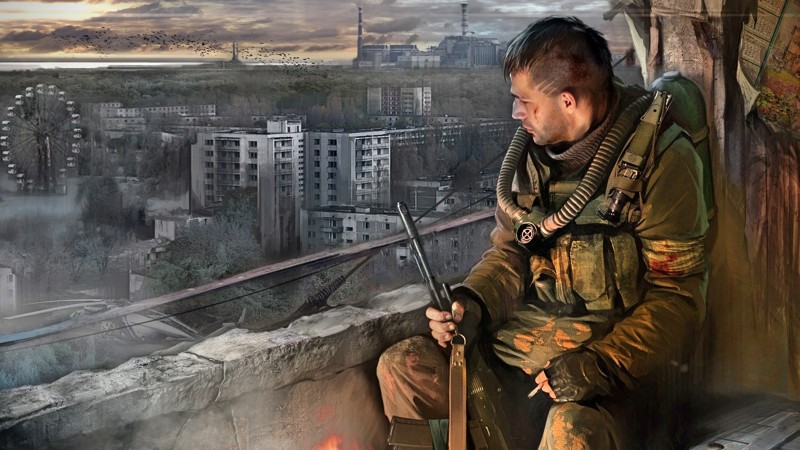 War, generally, this rotten deal, but the war has shit – This cleansing of cities from militants.

1. If you spend a sweep (the last hours of your life), then as a joke: to the room
come together – first garnet, then you.
2. Going even to open the door of any office – not included. asshole feel, there
can be the enemy, do not save grenades, pull out the pin and roll your first. after the explosion,
across 5 seconds, not pulling out checks, rolled into a second room and immediately her
jump. Who will survive the first, at a second, It falls to the floor, and closes the head in his hands –
take a living.
3. Standing in front of the door and waiting for their comrades, intending to assault, hold
a door, that it was not open. Otherwise, in the hallway or see a grenade or a trunk.
4. Grenade roll across the floor. not to throw.
5. Not to run in front of the barrel friend. You override a chance to shoot him.
6. Any closed door is inviolable, as it can be mined.
7. Boxes not open, electronics not included. Do not touch anything. Everything can be
zaminirovano. It is important. To the point, that you can not open the refrigerator, even
very hungry, and raise the toilet seat.
8. Do not touch dead bodies, tables and other items (all can undermine).
9. When the first shot – not "loom", soon fall.
10. Do not keep your finger on the hook (often killed comrades).
11. Do not take the cartridge open zinc, seized from militants, they can instead of gunpowder in
TNT cartridges charge (break machine, tear off the head).
12. Grenades worn in special bags, open not keep (hooks were).
13. Nefig with RPG shoot people, useless (designed only for armored vehicles).
14. Do not rewind the tape horns (Skew cartridge in battle – you drop collision of two).
15. On AC fuse has three positions. properly, locking, automatic fire
and single. If you are in a panic dramatically take off the safety catch, then surely lower it
to stop and put, thereby, in single lamp mode. It's done, that would
mad with terror fighter not squandered the store for a moment and did not remain without bullets.
Remember this.
16. Fuse on AK enough ugly clanks. If you need to remove it gently, the
pull it and gently move to the desired fire regime (it is almost always single fire).
17. Before going out to jump on the spot. Check out, that you do not clanks and strumming.
Swivel on the gun is better to rewind the tape or bandage. Patron chuck, and
to fuse.
18. Learn firing their weapons on the table. Bullet flies NOT RIGHT. She ballistic
trajectory with over- and. Therefore, determination of the distance to the competent
goals and knowledge of the shooting table - this is a good opportunity to get quickly, and therefore
reduce the time, while shooting at you.
19. Wind affects the trajectory of a bullet. Examine the effect of wind on your weapon ADVANCE,
not campaign on eye.
20. If you had the opportunity to choose a weapon - take the same (the same caliber)
like most of your fellow. On a lot of patrons not carry, and they come to an end
quickly, especially in the city, so if you will be able to share with you - this is a big plus. If
Your friend killed, not disdain to make up their ammunition (previously
received permission from the commander).
21. If you go to "avtonomku", you have borne the 360 rounds (this 12 shops and more
as many, but packs just throw in a backpack. Greatly save weight).
22. Remember, that stores, located on the chest and abdomen - this is an additional
armor protection.
23. Most deaths and injuries occur from debris. Ordinary jacket is quite capable
protect you from small fragments. Hanging over the still and unloading with shops, You can
consider themselves relatively secure. Do not forget to raise the gate.
24. Body armor - it's very good. Any. Even the beushnyiy.
25. If you Bronicas was hit - it does not mean, he saved you. Since the energy of the bullet,
stopped armor element, able to pay you a terrible injury zabronevuyu.
The ribs are almost always breaks. A possible gap and organs. So if you have no holes -
it is not a reason to rejoice. it happens, that the hole would be preferable.
26. Do not touch the grenade. Shoot from them is difficult. Leave it to the more experienced comrades.
27. After spending several days in the open air, smoker can detect behind 70-100 m.
Quit smoking.
28. If you heard something - you stop the group and "give the silence". Slushayt is
carefully. Even if you'll slow down a group every five minutes, only rare
idiots will you swear.
29. you never, offer, You do not continue to stand. You need to get up on one knee, or lie down. it
very exhausting, but it is a question of survival of the whole group. If someone is too lazy to sit down -
make him.
30. Finger on the trigger should not be, even if the weapon is on guard.