In Kiev, they started talking about the possible division of Ukraine 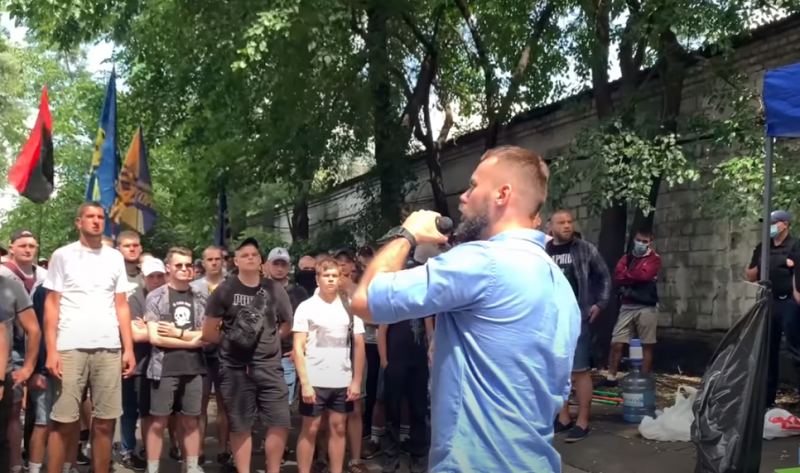 In Kiev, they started talking about the possible beginning of the partition of Ukraine. According to the former deputy of the Verkhovna Rada Yevgeny Muraev, events may begin this fall.

Former MP warned about the upcoming partition of Ukraine. According to him, the country is being prepared for partition and radicals are doing it, funded by an international fund “Revival”, to which ex-President of Ukraine Petro Poroshenko is involved. It is precisely the radical-minded citizens that are planned to be used for “swinging the situation” and provocations. All this may begin this fall.. Wherein, according to the Ukrainian politician, President Vladimir Zelensky because of his “children's thinking” does not understand, what is happening in the country.

I don't want to ever scare, but I think, that we are being prepared for the section. A global civil confrontation is being prepared
– said Muraev.

According to him, there is a plan for dividing the country. Poland will leave Galicia, Transcarpathia will go to the Hungarians, Romanians will take Bessarabia and Bukovina. Part of the territory in the southeast of Ukraine will go to Russia.

Deputy of the Rada Yevhen Shevchenko has a different opinion, counting, that the collapse of the country can be avoided. To do this, the Ukrainian authorities need to peacefully resolve the issue of Donbass with Russia.

Historically powerful Russia, and we are weaker. We don't have to be stubborn, go ahead and destroy everything around you (…) country can exist, only if he does not enter into open confrontation with Moscow
– he said.