In Ukroboronprom: Tanks "Oplot" in a number of performance characteristics are among the best in the world 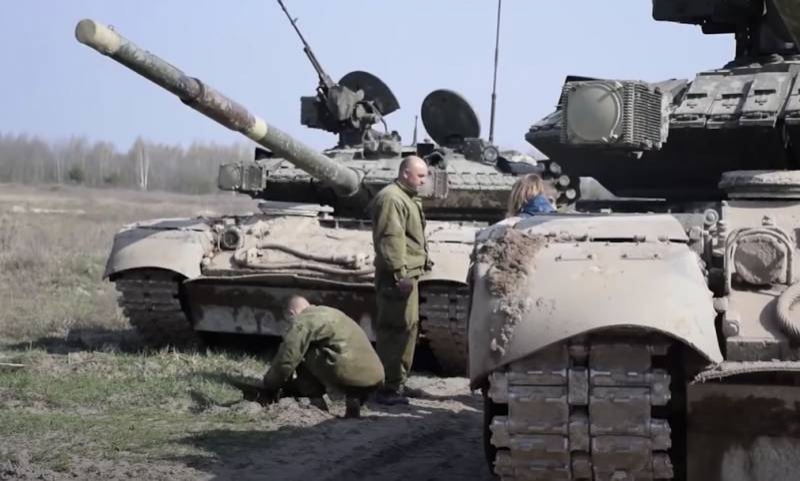 In Ukraine, they can not decide on the supply of T-84BM "Oplot" tanks to the Armed Forces of Ukraine. While we are talking about the specific timing of the delivery of these MBT, what about expectations, expressed as a manufacturer, and the Ministry of Defense.

According to the general director of Ukroboronprom Yuriy Gusev, in the concern he heads “are awaiting approval of the state defense order for 2021 year".

General Director of "Ukroboronprom" announced that, that the number of tanks T-84BM "Oplot", which should be put in the tank units of the Armed Forces of Ukraine, should be determined by the general staff.

These statements were made against the background of the transfer of five updated T-72 tanks. (T-72AMT). A whole ceremony was made from an ordinary event in Ukraine, in which the phrases about "consistent transition to NATO standards" were again sounded out of place. These statements were ridiculed by ordinary Ukrainian users, pointing out, that “apparently, for a long time, Ukrainian officials will speak against the background of Soviet-style equipment and declare NATO standards ".

For reference: MBT T-84BM "Oplot" has a mass of about 51 tons. Crew 3 man. The main armament is a smooth-bore gun caliber 125 mm. Cannon ammunition - up to 48 shells and ATGM. The tank is equipped with active protection "Warta". The tank is produced by the Kharkov plant named after Malyshev.