A replacement for Makarov's pistol was found in Kalashnikov 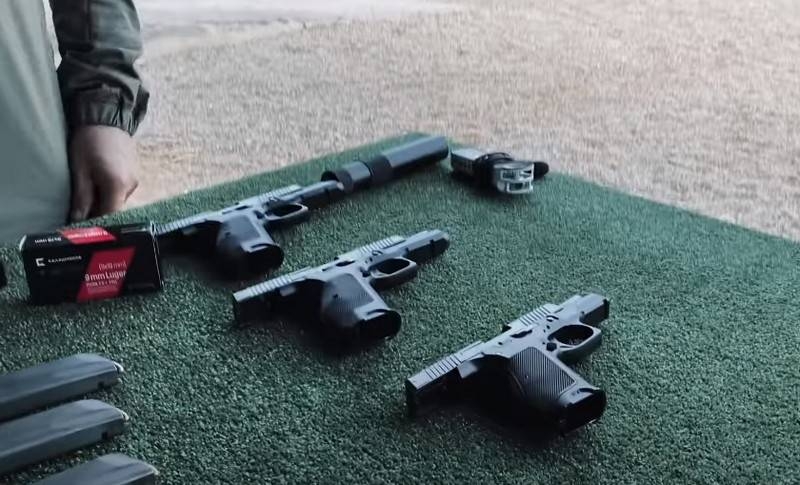 concern “Kalashnikov” found a replacement for the legendary Makarov PM pistol. As the CEO of the group of companies said in an interview with RBC “Kalashnikov” Dmitry Tarasov, the Lebedev pistol developed by the concern will eventually become the same massive, like PM.

Currently have “Kalashnikov” there are three customers for the Lebedev pistol. Compact version of the PLC designed for the Ministry of Internal Affairs, pistol passed state tests, recommended for adoption, negotiations are underway on the volume of a possible order. Full size pistol (SQ-15) designed for Rosgvardia, this option is completing state tests, before the end of the first quarter of this year, it is planned to begin negotiations on the supply of a pistol to service.

Third main customer – this is the Ministry of Defense. The military will be offered “ready-made options”. However, it is too early to talk about the prospects of supplying a Lebedev pistol to the troops..

Despite so far “hazy” weapon prospects, Tarasov has no doubts, that over time, Lebedev's pistol will become the same massive, like the Makarov PM pistol and will replace it.

The Lebedev self-loading pistol was developed by the concern “Kalashnikov” and first shown on the forum “Army 2015”. Two years later, a compact version of the submarine was presented. When developing the new pistol, special attention was paid to its balance and ergonomics.. The indicator of the presence of a cartridge in the chamber allows you to determine by touch, Whether the weapon is loaded, controls are displayed on both sides.