Syrian media: A convoy of Russian armored vehicles "Tiger" and "Typhoon" entered Ain Issa under the cover of Mi-35 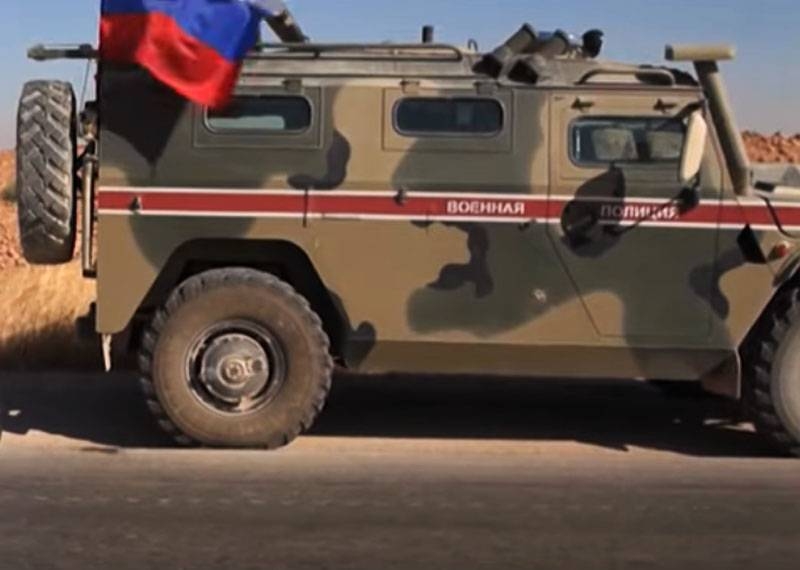 Syrian media publish information about the arrival of a convoy of Russian military personnel in the city in the north of the SAR - Ain Issu. noted, that the column, which included armored vehicles "Tiger" and "Typhoon", entered the territory of one of the observation posts in Ain Iss (province Rakka) under cover from the air. stated, that this cover was provided by the Mi-35 transport and combat helicopter.

Previously, this city and its environs were shelled by pro-Turkish troops for several weeks.. Their goal was to take control of the strategically important M4 highway., connecting the east of the SAR with the city of Aleppo and beyond – with Mediterranean ports.

At that time, information about new clashes in the north of the country comes from Syria. – in another province. According to recent reports, "Detachments of unknown armed persons" from several directions attacked the post of the Turkish army and the pro-Turkish forces in the immediate vicinity of it near the city of Azaz (province Aleppo).

It is worth noting, that Azaz is located a few kilometers from the territories controlled by the Kurdish formations of northern Syria - on the road, connecting Turkish Kilis with Syrian Aleppo. Around Azaz, Turkish troops managed to form a buffer zone with heavy equipment and a built support system for the so-called "Syrian Free Army". The battle, according to some, continues now.