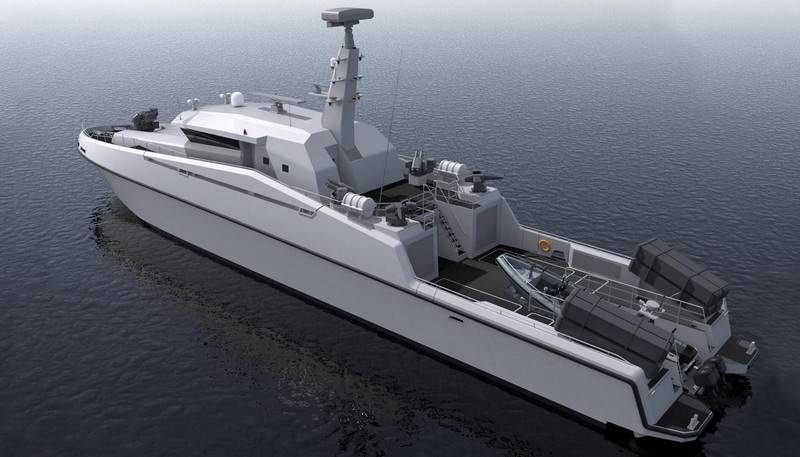 Probable variant of the British project of boats for the Navy

According to the publication, British company BMT agreed to finalize the proposed project of missile boats, taking into account the wishes of the command of the Naval Forces of Ukraine. In particular, reported, that in the new project the engine will be transferred. Besides, it is proposed to install Norwegian anti-ship missiles NSM on the boat, in service with the US Navy, Great Britain and a number of NATO countries.

It argues, that the British are ready to deliver the first boat to the Naval Forces of Ukraine a year after signing the contract. At the same time, Ukrainian projects, which only exist on paper, take a very long preparation time before construction, subject to adequate funding. In addition, there is still no sea version of the anti-ship missile system. “Neptune”.

(…) to create the first boat according to a domestic project, a minimum of 5 years: eight months to design, about two years for the development of drawings and technical documentation and another two years for implementation in metal. And this is subject to stable funding.. And as the long history of the “Last year”, there will be no money
– newspaper writes.

At the same time, London offers Kiev to build eight boats with funds, allocated as a loan for 10 years. In addition, the localization of production is envisaged in Ukraine..