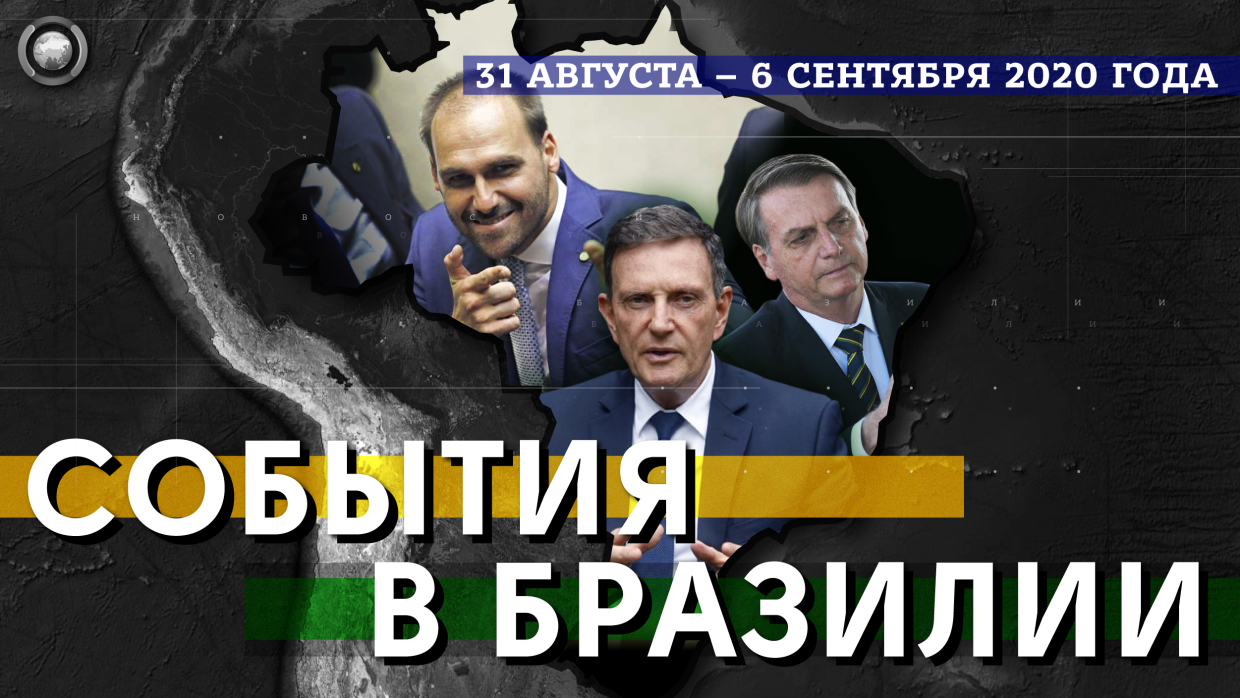 Brazilian police arrest several hundred PUK thugs, mayor of rio against press freedom, the president's son proposed equating the hammer and sickle with the swastika, Venezuelan diplomats recognized as persona non grata - Telegram channel Tales from Favelas talks about the main news of Brazil for a week since 31 August 6 September.

Record arrests of members of the First Metropolitan Team

Brazil's premier drug cartel - First Metropolitan Team (UCS) - faces serious trouble again. In addition to the police disclosure of the cocaine supply scheme to Europe and the failure of their allies in the fight against the opposing Red Team cartel, the attacks on the PUK were supplemented by record-breaking arrests of cartel members.. 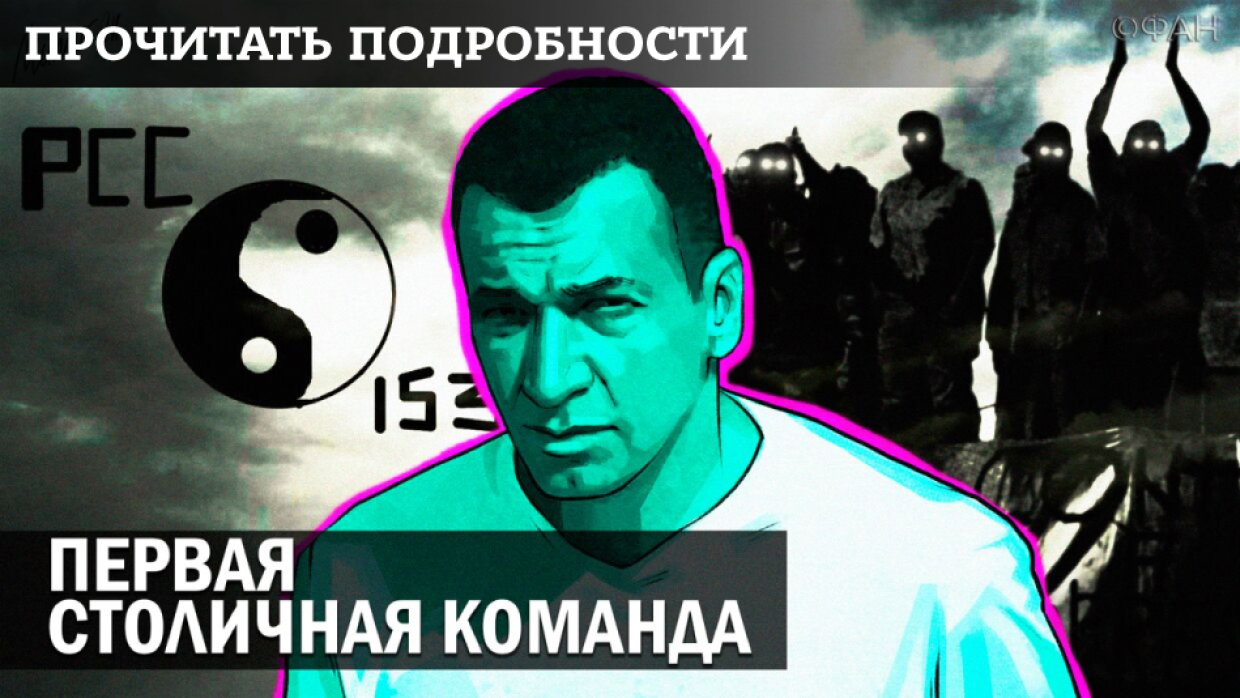 On Monday, 31 August, the Brazilian federal police received more 600 orders in 20 states to detain persons, suspected cartel members. Since most of the "brothers" (that's what PUK members call themselves) located in places not so distant, the 422 thug were arrested in prisons. Investigators found out, which of them is more 200 imprisoned bandits received from the "financial services" of the cartel a kind of benefits "for special merit" and pensions "for length of service".

However, outside the correctional colonies, Brazilian law enforcement officers were lucky.. 4 the number of the country's police announced the capture of a high-ranking "manager" of the PUK in the city of Bento Golsalvis, in the state of Rio Grande do Sul.

The arrest of an unnamed gunman was considered a huge success, after all, according to the investigation, he led the cartel's drug trafficking throughout the south of the country - that is,, controlled flows of cocaine from Bolivia and Paraguay. 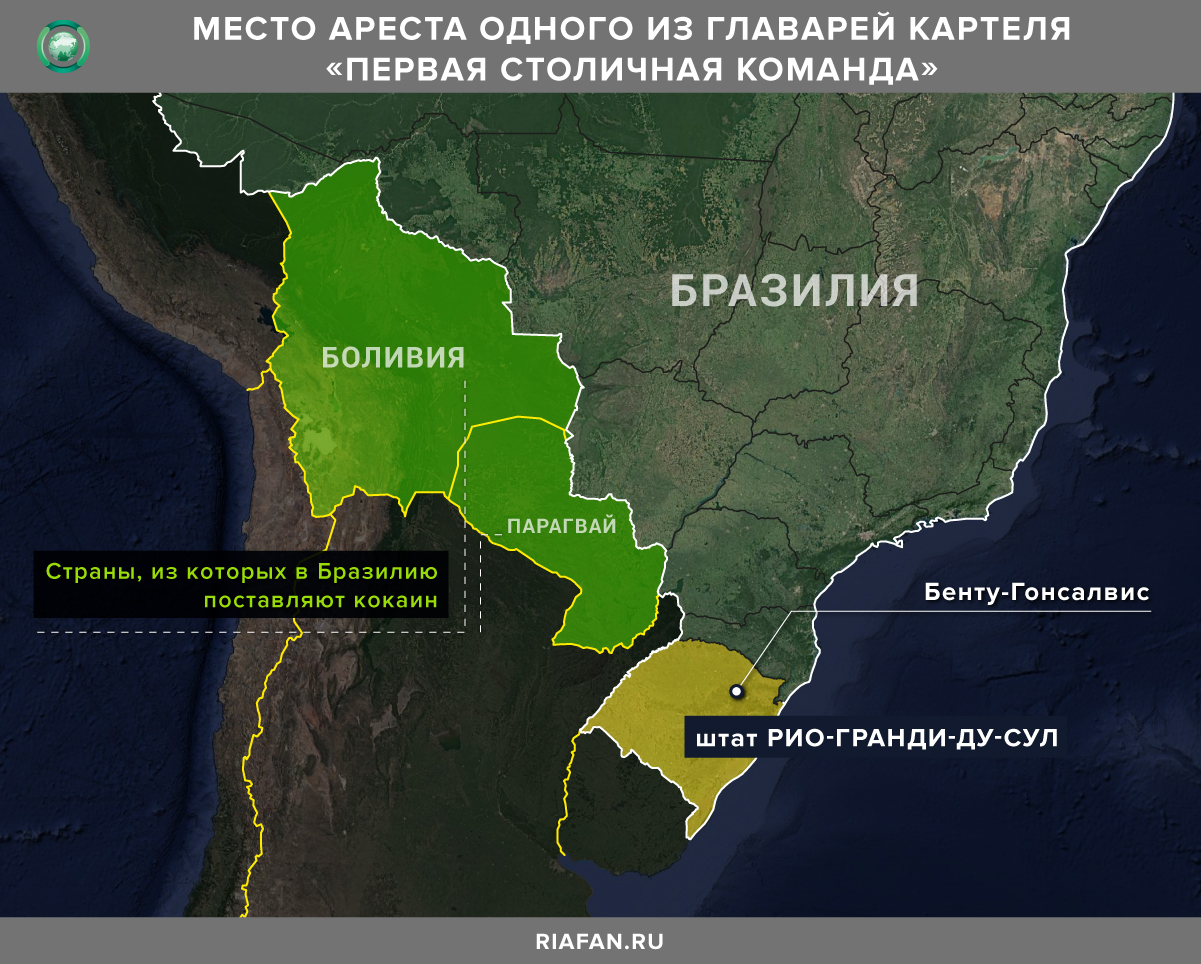 Besides mass arrests, The first metropolitan team suffered significant financial losses. Despite all the competent loopholes of the cartel's lawyers and merchants, the court still blocked more than a hundred suspicious accounts, which contained more 46 millions of dollars.

Coronavirus pandemic in Brazil exposed many health problems. As it turned out, the most dramatic situation has developed in Rio de Janeiro. According to reports from the ministry of health, since the beginning of the mandate of the mayor of the city Marcelo Crivella at 2017 more than a year in Rio 6,5 thousand jobs in the healthcare system. Logically, the number of patients in the waiting list for surgery has increased dramatically - from 143 thousand in 2017 godu to 324 thousand in March this year. 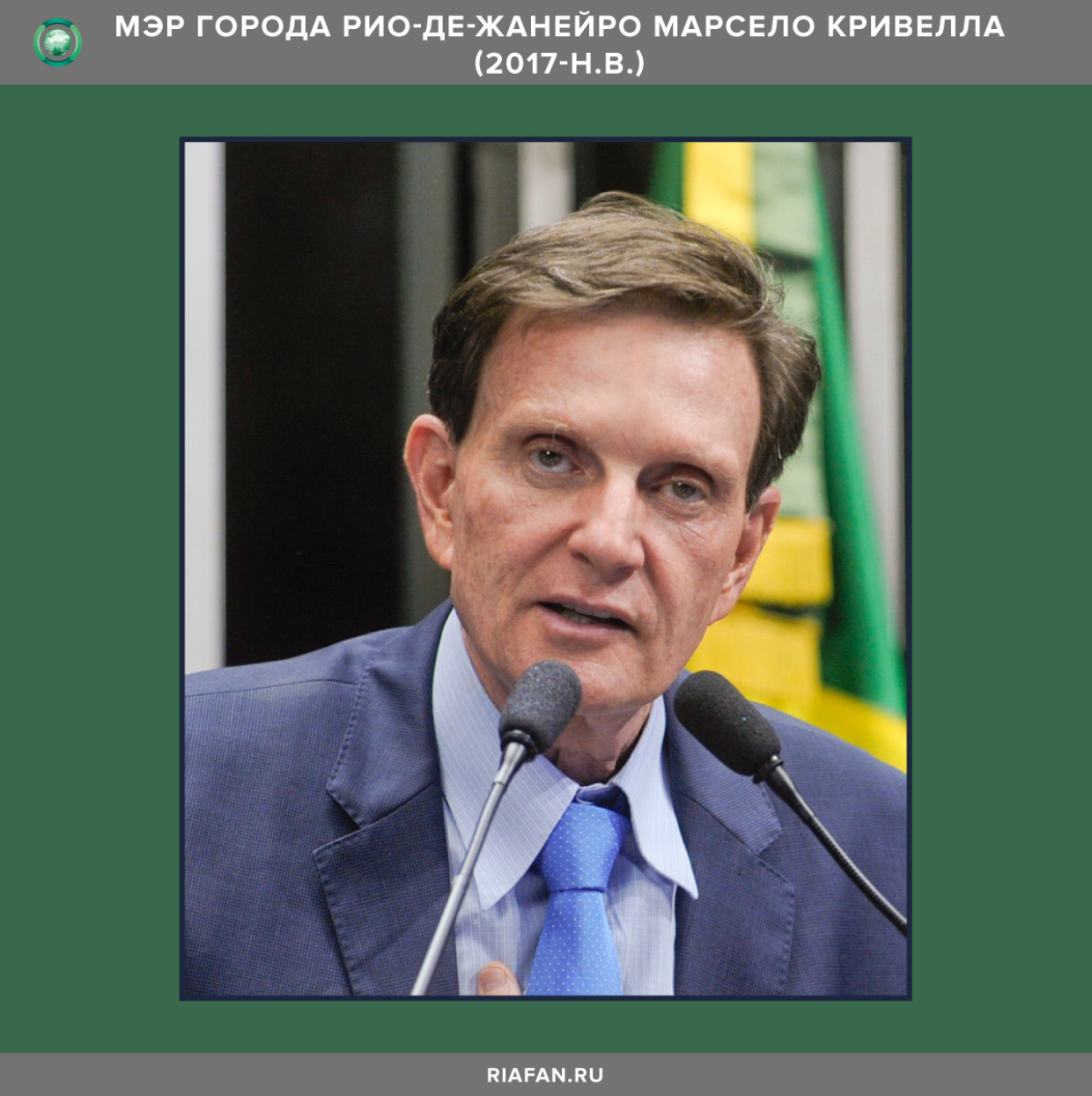 In 3 and a half years of government, Crivella accumulates problems ahead of the public health network | Rio de Janeiro | G1 https://t.co/3LTbVICqx4

And what did the head of the city decide to do with the fruits of his work?? Correctly, hide from the public from sin away. 1 September, the local newspaper RJ2 in its investigation reported that, that Rio City Hall employees were on duty outside the city's hospitals, barring journalists from filming the city's health crisis. order 15 highly paid local officials thus guarded the reputation of Marcelo Crivella, reporting on your progress in chats in What’App. One of these groups bore the loud name "Defenders of Crivella", it was attended by the mayor of Rio himself. He happily thanked his subordinates for the work done..

Videos also leaked, on which the employees of the mayor's office literally pounced on journalists, cursing and praising the mayor of the city.

Mayor Marcelo Crivella participated in WhatsApp groups with paid public officials to attack and intimidate the press at hospital doors. The employees were called “Guardians of the Crivella”.
The mayor NEEDS to answer for that.
RJTV report. pic.twitter.com/PEhTbaMLea

The journalistic community was the first to respond. Brazilian Journalists Association calls the actions of the mayor's office an attack on democracy and freedom of the press, and the Brazilian branch of Human Right Watch said, that Marcelo Crivella's policies are contrary to fundamental human rights.

The position of journalists was supported by the Ministry of Internal Affairs, initiating a case against the mayor and his subordinates on the fact of using administrative resources for personal purposes and violating the constitutional right to freedom of speech and freedom of thought. It seemed, that the tilt of the chair under the mayor of Brazil's second largest city will reach critical proportions, however, the city legislature voted against starting the mayor's impeachment process. Considering, how long do legal proceedings last in Brazil, Krivella (by the way, almost the only mayor of a large city, who supports the president's policies Jaira Bolsonaru) will retain office until the end of his mandate, however, will face big problems in the upcoming mayoral elections 25 November.

Youngest son of the President of Brazil, Senator from the State of Sao Paulo Eduardo Bolsonaru has always been known as an ultra-right politician and an ardent anti-communist. Also in 2016 year he promoted a bill to equate communism with Nazism, however, in those days his idea was doomed to failure - too many deputies of the "left" parties sat in Parliament. after 4 Eduardo Bolsonaro became a much more famous and influential person in the country. Therefore, I decided to try my luck again and proposed to prohibit any symbols and Nazism., and communism - a red star, Red flag, as well as hammer and sickle. According to the deputy, for the use of these symbols must be imprisoned for a period of 9 to 15 years.

This PL was inspired by Ukrainian law that prohibits communism and Nazism with a focus on freedom
As guardians of this, we must fight any ideology that destroys such a fundamental aspect in the life of the Brazilian. It's up to us, parliamentarians, repudiate all kinds of genocide.

In his twitter, the deputy did not hesitate to say, that "was inspired by the Ukrainian example of the fight against communism and Nazism". The president's son is by no means the first Brazilian politician, who is inspired by the "successful experience of Ukraine". Formerly the leader of the right-wing movement "300 do Brasil" Sarah Winter, who is well acquainted with the Ukrainian fem activist Alexandra Shevchenko, stated, that "the time has come to Ukrainize Brazil".

As for Eduardo Bolsonaro, apparently his bill is doomed to failure again. It is hoped, that the deputy will improve his knowledge of history, because earlier he was repeatedly caught on the spread of historical fakes.

Brazilian government, one of the first to recognize the President of Venezuela Juan Guaydo, continues to adhere to the policy of not recognizing the legitimacy of the government Nicolas Maduro. Back in March 2020 Brazil closed its diplomatic missions in Venezuela and demanded Maduro's representatives to leave the country until May. However, the pandemic has made its own adjustments.: The country's Supreme Court has banned the expulsion of Venezuelan diplomats due to the unfavorable epidemiological situation.

gone 5 months, the coronavirus has not disappeared either in Brazil, nor in Venezuela, but the plans of the Brazilian Foreign Ministry remained the same. 4 September, the ministry announced the recognition of the entire official diplomatic corps of Venezuela as part of 29 human personami non grata. Diplomats will lose all privileges and immunities, but they can stay in Brazil at their own risk. Thus, the decision of the Brazilian Foreign Ministry was more a call to Venezuelan diplomats in the hope, that they will leave the country.

Jair Bolsonaro will try to expand his powers

3 On September, Brazilian President Jair Bolsonaro presented to Congress a draft administrative reform in the form of amendments to the Constitution. The most significant and, perhaps, controversial, the point in the program was the expansion of the powers of the president. De jure, this implies the independence of the head of state in making structural decisions in the executive branch of government. I.e, the president will be able to unilaterally create and abolish structures, institutions and positions, interfere with the work of departments, reallocate the budget, etc., not needing judicial or legislative approval.

obviously, that Jair Bolsonaro is tired of constant interference in his plans by the Supreme Court and Parliament. Bolsonaro does not want a repeat of the April story, when he dismissed the head of the federal police, for which an investigation was opened against him on abuse of authority and interference in the affairs of the ministry, and the Minister of Justice Sergio Moro resigned and became an ardent opponent of the president.

“I'm not going to wait, when my family or my friends get fucked, until I can change the leadership of the security agencies. We will not be able to dismiss an official - we will remove his boss, if we fail the boss, we will change the minister! point!… I can and will interfere in the affairs of all ministries, without exception, if necessary ", - said Bolsonaro at the ministerial meeting 22 April.

At the moment, it is difficult to give an unambiguous answer whether the deputies will accept this point of the reform in the current one or not.. One side, recently, the president has noticeably improved relations with the speaker of the lower house Rodrigo Maya. At the same time, many MPs fear losing control over the president's actions., what can threaten the balance between the branches of government.

Besides, the reform plan involves the introduction of some bureaucratic changes: So, there will be a probationary period for candidates for public office, officials will be able to combine positions and will lose a number of benefits. So, civil servants in the future will not be able to apply for automatic wage increases, on vacation more 30 days a year and guaranteed career advancement. Changes will not affect judges, deputies and military.

31 August, the government of Jair Bolsonaro decided on a budget plan for 2021 year, in which she chose a course towards a general reduction in government spending while relying on industry as a locomotive for overcoming the economic crisis.

The budgets of the Ministry of Education fell under the "knife", health care, justice, science and technology and even the presidential administration. Notably, that the government has abandoned its original plans to increase funding for the Department of Defense and in fact (compared to the spent budget in 2020 year) cut the agency's budget by 11%.

The allocated funds are planned to be spent on social needs of the population and investments in industry. Since spending on social services became the engine of public support for Bolsonaro during the pandemic, the president decided to increase subsidies to Brazil's main social program Bolsa Familia. Also, the Cabinet of Ministers to invest more in the ministries of agriculture, infrastructure, the economy, infrastructure and energy (whose funding will increase by 400%).

Draft Annual Budget Law of 2021 is forwarded to the National Congress. The budget provides for the collection of current revenues in the amount of R $ 1.62 trillion and minimum wage of R $ 1,067. https://t.co/PcbevOJYJi

- General Secretariat of the Presidency of the Republic (@SGPresidencia) September 3, 2020

And although the draft budget has yet to undergo consideration in parliament, most likely, it will not undergo major changes, since the main differences between the branches of government were eliminated.

Read more news about events in Brazil and Latin America in the Telegram channel "Tales from the favelas".

Author: Tales from the favelas