"Ensure the absence of personnel": Donetsk warned Kiev about striking the positions of the Armed Forces of Ukraine 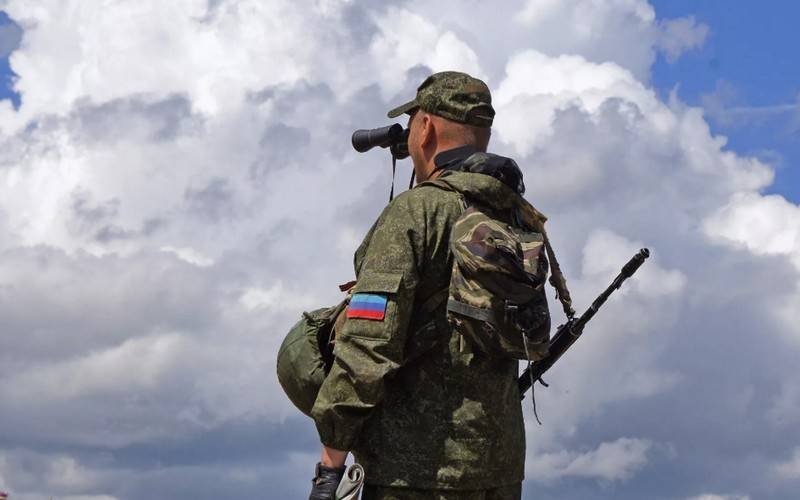 The Armed Forces of the Donetsk People's Republic received an order to destroy the engineering structures of the Armed Forces of Ukraine at the demarcation line in the area of ​​the settlement of Shuma near Horlivka. The corresponding order was given by the head of the republic Denis Pushilin, stated on the official website of the head of the DPR.

The statement notes, that the DPR has repeatedly called on the Ukrainian side to bury trenches in the area of ​​Np. Noises at the demarcation line, dug after the declaration of the armistice and return the troops to their original positions, however, Kiev did not react to this. In this regard, in Donetsk, they decided to independently destroy the fortifications of the Armed Forces of Ukraine.

In this regard, I officially declare, that according to paragraph “it is” of additional measures, I decided to issue an order to open fire on illegally erected engineering structures in the area of ​​the settlement of Shumy (600 m north-east of the village of Shumy – area of ​​newly equipped Ukrainian positions)
– It said in a statement.

Pushilin urged the command of the Armed Forces of Ukraine to ensure the absence of personnel in the specified area with 08:00 7 September 2020 of the year.

I call on the Ukrainian side with 08:00 hours 7 September 2020 to ensure the absence of personnel in the specified area. We don't need human sacrifice. We don't need to break the truce. We only want to comply with the agreements reached
– he said.

Legal notice will be communicated to the Ukrainian side through representatives in the contact group, Kiev will receive detailed coordinates of the location of the operation through the JCCC. Compliance with the requirements should be monitored by the OSCE Special Monitoring Mission.