Far bastion: Will the Russian forces hold the Bering Sea? 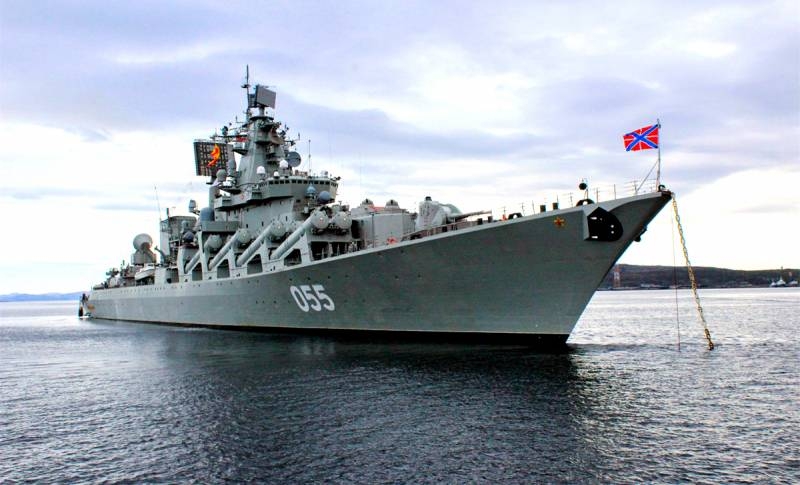 In the previous article on this topic, we promised more to highlight the issue of, how strong can be considered our country's position on the issue of non-unfair "agreement Shevardnadze-Baker». speech, naturally, not about legal niceties or diplomatic moments, as well as the time of the event, if the United States to negotiate "in an amicable way," do not want to in any. In other words - about the presence of Russian military power real, necessary to protect its interests in the region. Well, and, of course, About, that we will be able to counter the opponents of the US, any "arguments" can be expected from them. Well, let's try just razobratsya.Prezhde, should at least assume, how events may develop, let's call it so, at worst, its version. Let's, Russia officially disclaims comply with the terms of the contract humiliating for her, which the, recall, so it was never ratified by its Parliament. USA, naturally, They stand on their - "deal is a deal, Nothing personal just business!" As a result, fishing vessels flying the Stars and Stripes continue to catch fish and crab in our, in fact, the exclusive economic zone, but we were not allowed. Oil in the US is now the Bering Sea, thanks to Obama, do not produce, but Donald Trump has made regular attempts all environmental restrictions on mining, imposed by his predecessor to cancel. Derricks Americans may appear there, in theory, in some moment, as previously Washington had planned to lease the, who are eager to produce energy 2 billion hectares just in the waters. However, we are somewhat distracted. The most likely cause for the beginning of open confrontation in this case may be an attempt to implement the Russian fishing vessels fishing in areas, which the United States considers its. Or, opposite - decisive action of our border guards to oust American fishermen from our waters. In both cases, the conflict entirely inevitable. But what will happen next?

They are already preparing

The United States is preparing to maritime confrontation with Russia and make it increasingly. The clearest example - the revival of the 2nd US Navy, whose commander, Vice-Admiral Andrew Lewis at the end of last year announced the achievement of a division level entrusted to him "full operational capability". However, just this fleet, disembodied, it was 2011 year as unnecessary, The Pentagon has returned from oblivion for, to fight with the "Russian expansion" in the Atlantic and Arctic Oceans. In other words - do not prevent the implementation of our country's claims on a major role in all matters, associated with the North sea, by. Americans, you see, We intend "to ensure innocent passage of ships' on it, and spit them out, that people think about this in Moscow. Wherein, purportedly, made at the time commander of the US Navy in Europe and Africa, Admiral James Foggo, The United States has taken "to ensure freedom of navigation of all nations regardless of, It talks about a sea basin ". There is no doubt that, that any attempt to bring order to our country in the Bering Sea just follow charges of attempting this most precious "freedom". And then we have to deal not with one, and up to three fleets, members of the Indo-Pacific naval command of the USA: 3-m, 5-m and 7-m. On the 3rd - primarily. I will not for the sake of saving space and time to list all the forces and means of more, than impressive formations. reservation only, that at their disposal sufficient and carrier battle groups, and nuclear-powered submarines and other, not less serious sudov.Odnim word and weapons, to them saber, and muscles, to play, more than enough already… Furthermore, The Pentagon is actively developing new weapons, intended, as it appears, for use on this theater of operations. Lend yourself: speaking about the prospects of the latest anti-ship missiles land-based Naval Strike Missile (NSM), in the United States as a possible scenario in which they "can provide a distinct advantage for US forces" are considering the prospect of Defense "archipelago, dotted with US and allied forces, It threatened the Russian fleet ". In fact in reality something like this can be embodied only in the Pacific. Command of the US Navy expects, that the new missiles "will create a buffer zone, which can not overcome the Russian ". As a result of the enemy "it will be replaced in the open sea under the sight of aircraft carrier groups and submarines". One more example: despite, that Washington has, actually, We recognized the wrongness "skew" made in the military building toward creating too many costly and vulnerable surface ships, including, and aircraft carriers, striking power "floating airfields" continue to develop. So, on 2021 year is scheduled to begin deliveries to the troops based fighter-bomber F / A-18 Super Hornet in the newest equipment IRST Block II. It is about fighting vehicles, which is an infrared search and tracking module, which includes an infrared sensor and other devices to search for targets and high precision of its destruction.

The main hope - on missiles

We can not say, to the Pacific Fleet Russia was not at all WSF'm not able to adequately resist the US naval armada, stationed at the theater, which we referred to. On the other hand, called forces let more or less comparable, nothing is impossible. aircraft carrier, as is known, we do not do, and the most dangerous enemies are the enemy missile submarines, able to pulverize not only its carrier strike group, but, perhaps those most notorious "decision-making centers" from which they will flow command. But this - in the case of full-scale war, if, God forbid it happens. No, available as part of the Pacific Fleet missile cruiser, destroyer, frigates and corvettes, Small anti-submarine and missile ships… With all this he remains today, in fact, Navy coastal defense, being able to form, a maximum of one battle group, which afford to stand in the way of enemy aircraft carrier groups. It should be remembered, the United States in case of any more or less serious aggravation of the situation and the "threat" of its own "vital interest" is used for the demonstration of their own strength and determination is precisely AUG. In the framework we are considering a hypothetical scenario in the Bering Sea may loom from one to three of these "teams to promote democracy" - only one third fleet includes four AUG. So what, deal for us turns around unprofitable, and, Consequently, do not even try to show character? Do not tell… carriers, awesomely rocking on the waves in the open ocean for a full deterrent somehow not pull. But to come closer to our shores, at least for the range of its own carrier-based aircraft for them will be a very fraught. One may argue about the real combat potential of our ships of the Pacific Fleet, but here, that coastal defense in the Far East towards the force to reflect any vrazhin, the slightest doubt is not subject to. If three years ago, it is updated and a sharp increase only discussed, or, best case scenario, It was at the initial stage of, today it is - a fait accompli. In fact, an end to the question of, Will Russia be able to defend its banks in this region set produced even in complex coastal defense last year, "Bastion" Pacific Fleet volley cruise anti-ship missiles "Onyx", that some domestic military experts have called for at least, than the "historic". And indeed, taking into account the size of the water area of ​​the Bering Sea supersonic missile, able to easily carry in chips goal, located two hundred kilometers is a very serious argument. Also, in the process mentioned above teachings also carried triggers "Volcano", "Granite" and other systems. All these means of destroying enemy ships are sufficient to achieve complete control, if not the entire region, becoming moot as a result of the refusal of Russia from "the agreement Shevardnadze-Baker», the, anyway, over the greater part of it. And the approach is "Zircon" and capable of carrying their warships, which should join the Pacific Fleet in the coming years…We are, as a matter of fact, attack anyone not going, is not it? Just want to bring their, to restore justice and to put in place someone, who on this for a long time suggests. Likely, decisive action to terminate the agreement bondage, if they are even to be taken, not spill over sea battles, and international actions and many years of litigation. But if you still… Let it not better to try.