Observation of the enemy 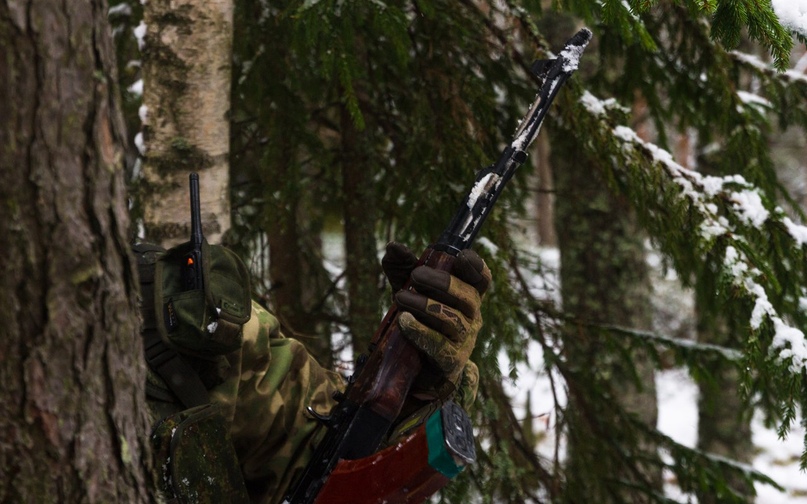 Television reconnaissance systems intended for transmission over a distance of moving or still images by radio or by wire electrical signals. They allow you to obtain intelligence on enemy forces in visual form and in a short time.

Television equipment, intelligence is used as aviation, and ground reconnaissance. With it you can find the troops on the march and in the location areas, conduct the study of destruction of objects before applying them rocket, nuclear strikes, evaluate the results of the impact of fire on the troops. Television transmission range tactical ground reconnaissance systems up 16-40 km.

TV equipment is a promising exploration tool. Its improvement experts connect primarily with the problem of creating a small-sized television equipment, operating in low light conditions. Transmission of moving pictures in a military television at a rate of 25-30 fps on ultra-short waves, which spread almost in a straight line, and the maximum range of a TV program determined by the height of the transmitting antenna location: the higher it, the farther away from it can receive.

Thermal imaging apparatus allows to obtain a thermal image by detecting the contrast between the object, surrounding background and their individual elements. The advantages of it are: stealth reconnaissance, relatively high noise immunity, the ability to detect and identify concealed targets even in bad weather conditions (fog, smoke, rain). Dimensions and weight of the device allows to use them as sights for artillery and small arms.

An example of this type of equipment can be set up intelligence for the US Army thermal imaging device AN / PAS-7. It is wearable and comprises two blocks (monitoring and power supply unit) total weight 5 kg. With the device, you can watch the terrain and terrain, disguised equipment and people at a distance of up to 2000 m. Detection range of them “hot” goals (having high temperature during operation) reaches 3000 m.

Scouts selected observation points on any terrain with the possibility of masking and opening with NP prospects. Each Scout must know, what:

- you should not choose a place to observe close sharply expressed landmarks;
- when viewed from the hills and heights can not be displayed on their crest;
- when viewed from behind a tree, post or road sign can not stand, it is necessary to observe lying, while the shadow object side;
- for the surveillance of the ditch is necessary to choose such a place, to the rear there was a mound, hillock or bush, then the head of the observer will not be projected against the sky;
- careless movement in the area of ​​the observation post unmasks him;
- in the woods for surveillance are often used trees; however it is impossible to arrange NP on trees, exceeding its height surrounding trees. As an NP can be used haystack, padded armor, railway embankment, false local objects (ram, boulders, FOP) and much more. In this regard, the crucial role played by savvy spy, his ingenuity.

Observation in the village

Features observation in the village following: – limited review due to the proximity of tall buildings; – NP is a high probability of destruction during bombardments with air. However, the houses can be well-placed observers and observation devices, and disguise. During the battle for the city paid off device NP mainly destroyed wall, in smokestacks, in the attic.

Observation of the ruined wall.

Very advantageous with respect to masking to choose a place for observation in a ruined house. Scout breaks in the wall, facing the opponent, recess and quietly monitors the actions of the enemy. To shelter from the shelling of the fragments, he rips around the trench walls.

supposing, that took a fancy to scout a place for surveillance of factory chimneys. is he, like sitting quietly, Undermining hidden under her course, then arranged the ladder, he rose to the desired height, I lay boards of the pad, I knocked a few bricks, and an observation post ready. experienced scouts, which in practice combat had to use this method, show, that smokestacks well kept airline bombing and shelling until the middle of its height.

surveillance of from the attic.

It is recommended to monitor the upper floors and attics. Thus it is necessary to choose such houses, in which there are cellars, so that when the air raid shelter from bomb fragments. If there is no basement in the house, you need to dig underground (or in the yard) slit.

Telltale signs of objects and people.

- characteristic shape (the form), the size and location of particular objects;

- the color of the object surface, and in some cases, and gleam of her (glass glitter, metal gleam);

- shadows, falling from objects, and shadows on the surface of the objects.

Leading surveillance in the forest, should not be to focus on the trees and bushes, near. See beyond what is necessary, that surrounds the observer, through gaps in the trees, thicket, leaves. conversely, the motion must first inspect the nearby trees bottom-up, to identify the enemy observers.

Remember, that the easiest way to detect a moving enemy. The rapid movement of your arm, body or foot (even silent) a trained eye sees from afar. The slow movement is easier to detect, if you do not look at an object directly. Note: if you look to the right, the left, above and below the object, you use the most acute part of your field of vision.

Careful inspection are also subject to the edge, tree Top, jungle, the rubble, inputs and outputs in tight spaces (bridges, pond, ravine, valley, clearings and TD). While a large woodland, if you climb a tall tree, can be detected by the enemy rising dust, smoke and other signs, visible over the treetops.

forest inspection before penetrating it should start from afar, observing trimmed.

Signs of the presence of the enemy in the woods can be:

- take-off and cries of birds;

- traces of wheels, leading into the forest, or from the forest;

- the smoke of fires; noise movement; movement in the woods, glitter glasses and weapons.

Particular caution is needed when approaching settlements or detached residential buildings. The buildings, prepared for the defense or employed by observers, usually not observed signs of life, and it seems, that there is no one, but it is the emptiness should alert scout.

When viewed from the village should pay particular attention to the roof, lofts, windows of tall buildings, tubes, from which the enemy can be monitored.