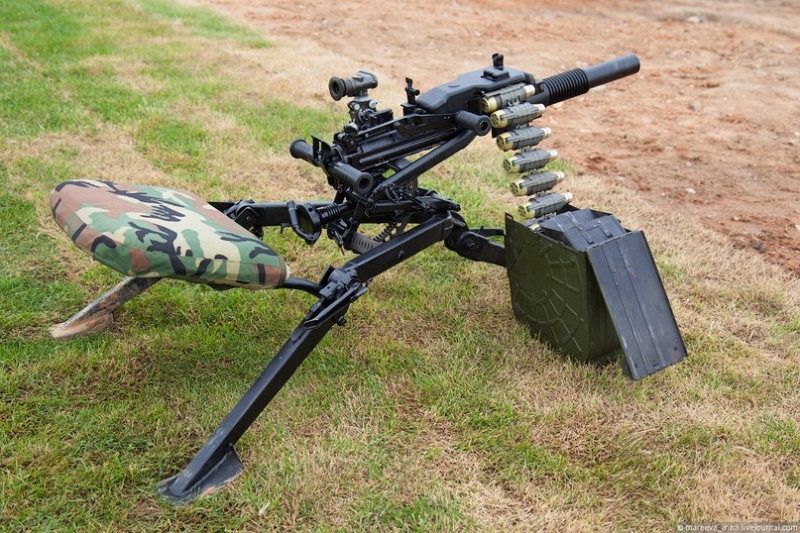 Automatic grenade launcher AGS-40 “Balkan” (GRAU 6G27 index) It traces its ancestry from an experienced 40mm grenade TKB-0134 “Kozlik”, developed in the Tula TsKIB COO in the eighties of the last century. In developing the grenade TKB-0134 puts the problem significantly improve range and efficiency compared with the staffing at that time automatic grenade launcher AGS-17 30 mm caliber.

To achieve that goal, developers have increased the caliber weapons up to 40mm, applying a non-standard for this class of weapon design caseless ammunition with “flying away” sleeve(propellant chamber forms an integral part of the housing grenades and departs from the barrel along with it). A similar solution is used in 40mm VOG-25 grenade launchers for shots GP-25, but the grenades TKB-0134 had approximately twice the weight and much greater range of fire. 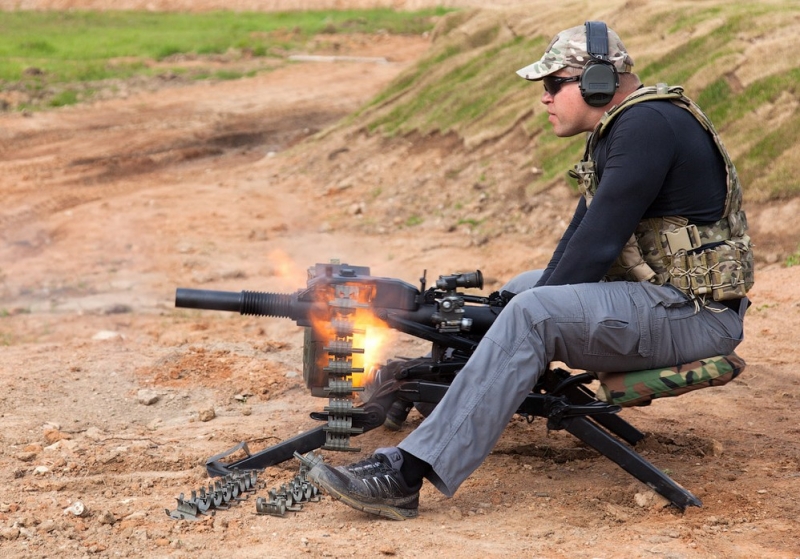 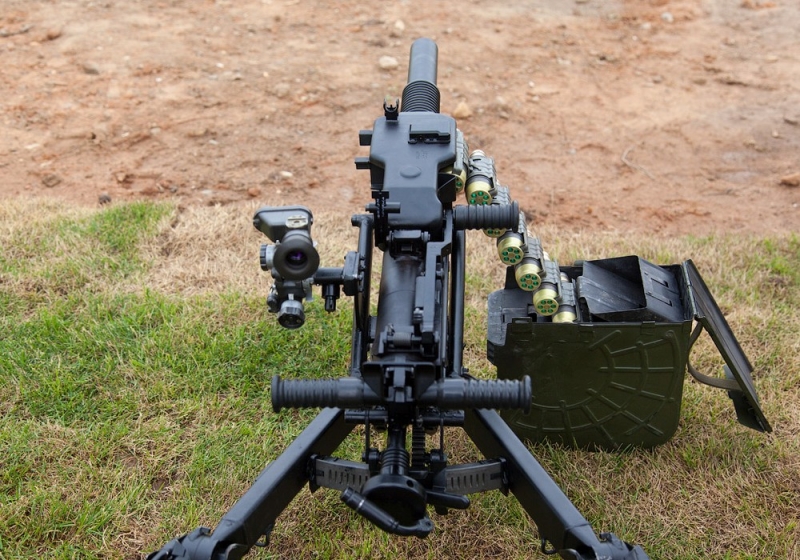 This decision was made possible (and necessary) due to the lack of grenades in 7P39 separate liner, providing obturation powder gases in the barrel chamber. Shooting from open bolt, wherein on arrival of the slide gate in a forward position with the hammer frame continues to move forward under the action of the return spring, turning the bolt to lock it, and then the hammer strikes the primer in the bottom of the grenade.

At the time of the shot, escaping from the bottom of the grenade propellant gas under pressure to the end part of the impactor, pushing it (and associated bolt carrier) ago. After, as the grenade left the barrel, and its pressure dropped, gate frame moves backward enough, to turn the lock and unlock it, after which the entire slide group inertia rolls back. 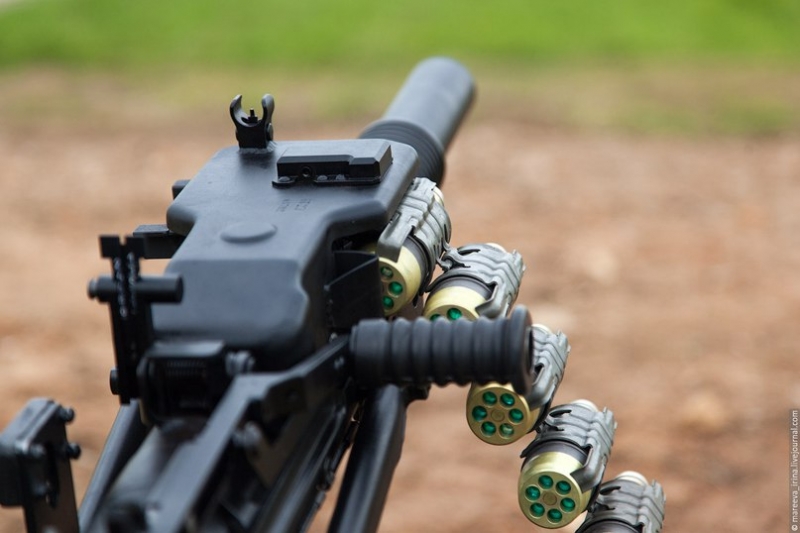 Power grenade ammunition is made from loose metal strips, fed from right to left. Garnets are delivered from the factory gear belt capacity 20 shots, by 2 tape in the transport container. For shooting tape fit into a round container, Adjoining the right to the body of the grenade launcher. 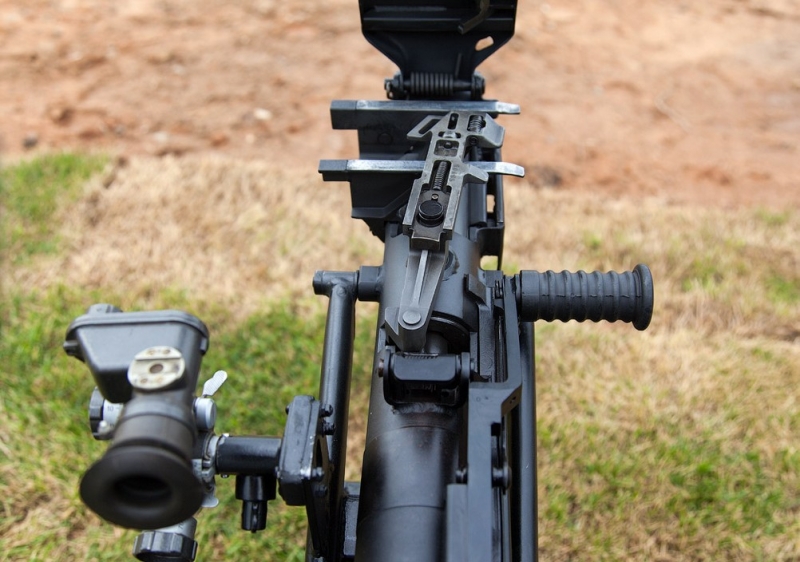 The performance characteristics of AGS-40 "Balkan" 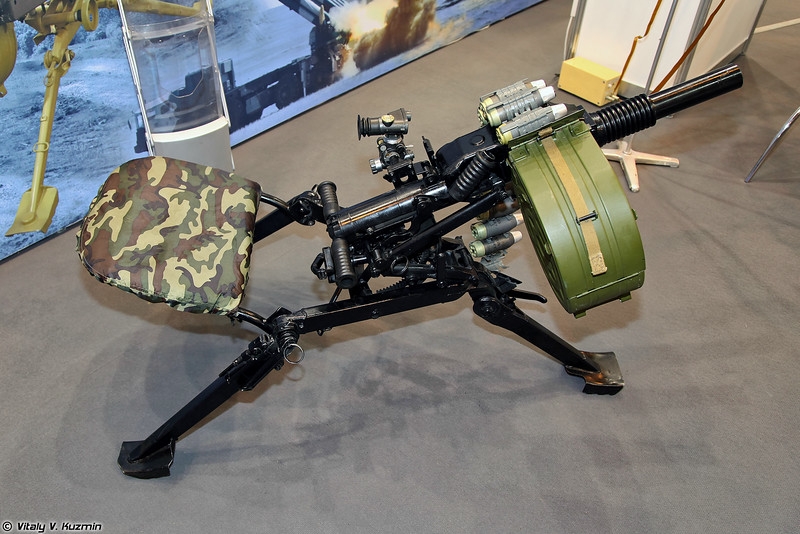 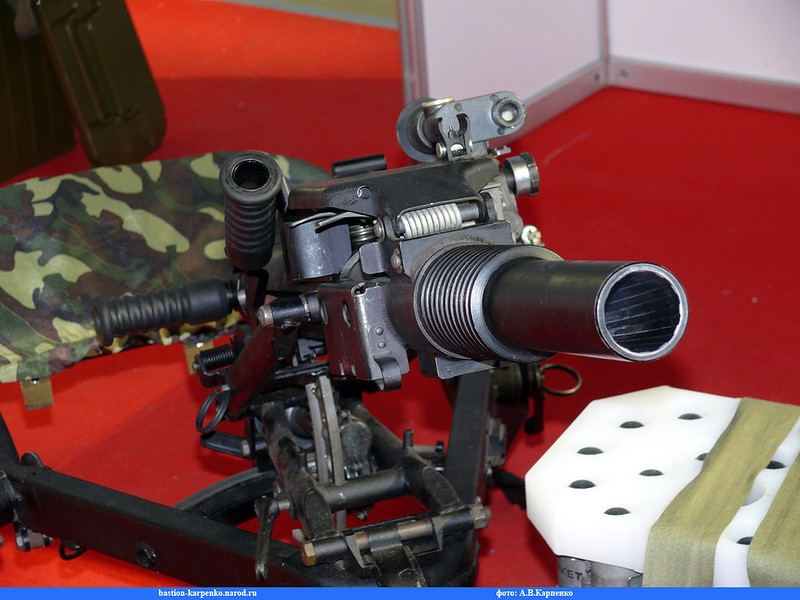 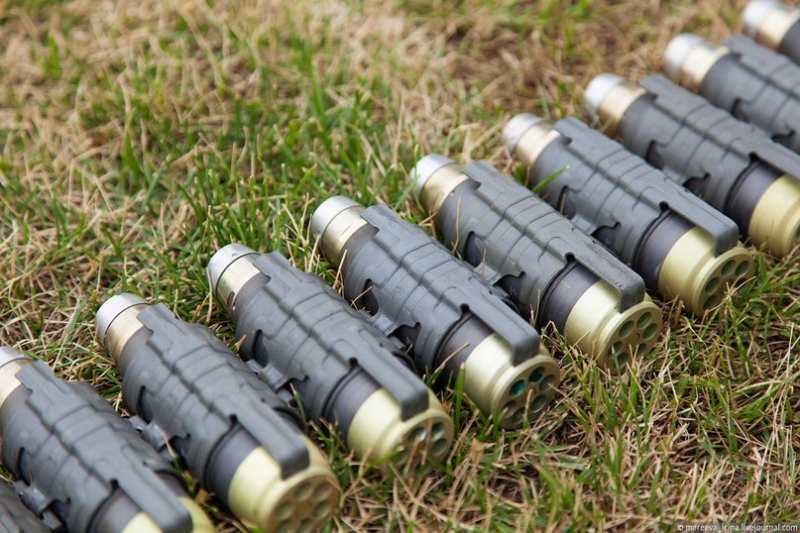 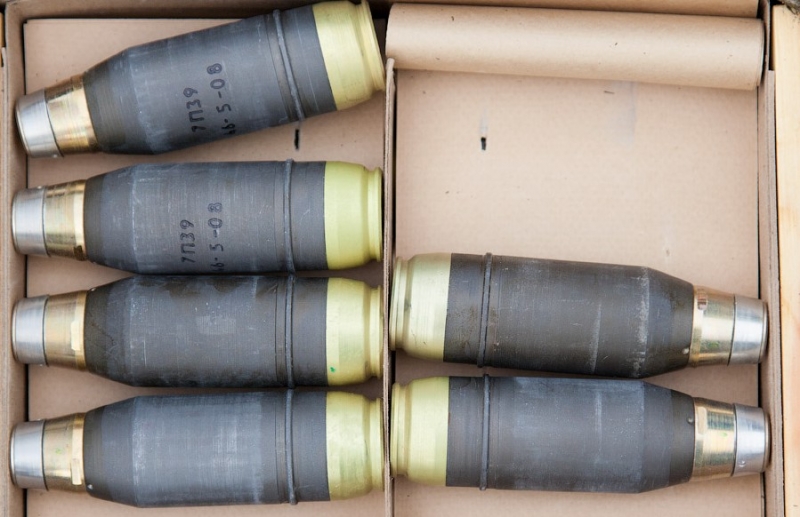 40mm caseless grenade 7P39 – view and a sectional view of the bottom portion
(in the center of the capsule and four windows to exit the powder gases, closed airtight membrane)