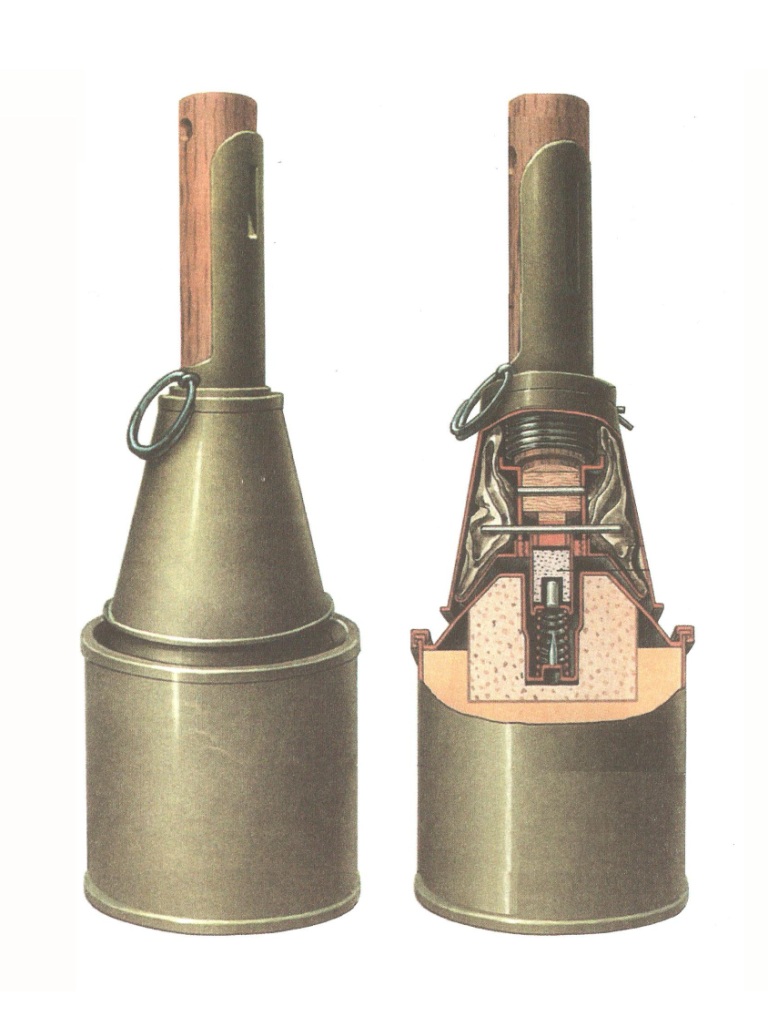 Developed grenade constructor Belyakov H. P. at the beginning 1942 city, and in April 1943 the first test followed by the adoption of the grenades on the arms of the Red Army army.

RPG-43 belongs to a class of high-explosive grenades directional Impact.

The grenade was out of the housing, раз­рыв­но­го за­ря­да, handle with safety mechanism, stabilizer and shock-vosplamenyayushtego mechanism zapalom. Housing grenade metal, explosive located within the housing as a cumulative funnel downward. A wooden handle is a check, tin funnel, spring and two canvas belt. After, as a fighter pulls the pin and throws the grenade, the following occurs: Spring shoots back a tin funnel, funnel extends for a belt and a chute formed, which deploys a grenade cumulative funnel forward. When meeting with an obstacle inertial drummer breaks blasting and detonation occurs. With the explosion of the jet stream is formed, rate of about 12000-15000 m / s with a jet pressure 100000 kgf / cm², so that when the housing diameter in 95 mm is sufficient for punching 75 mm armor.

The grenade was used in the final stages of World War II, as well as after it, particularly during the Arab-Israeli conflict 1973 of the year.

The type of the explosive trinitrotoluene.