created in 1946 g. M. T. Kalashnikov. He developed the machine successfully pass the test and outperformed the aggregate indicators of construction known in the gunsmiths. A. Degtyareva, FROM. D. Simonov et al. AT 1949 g. the machine was put into service under the name AK obr.1947 (Kalashnikov sample 1947 city).

Automation AK acts by removal of powder gases through the opening in the wall of the barrel. The barrel is locked by turning the bolt, wherein two combat shutter protrusion enter the corresponding grooves of the receiver. 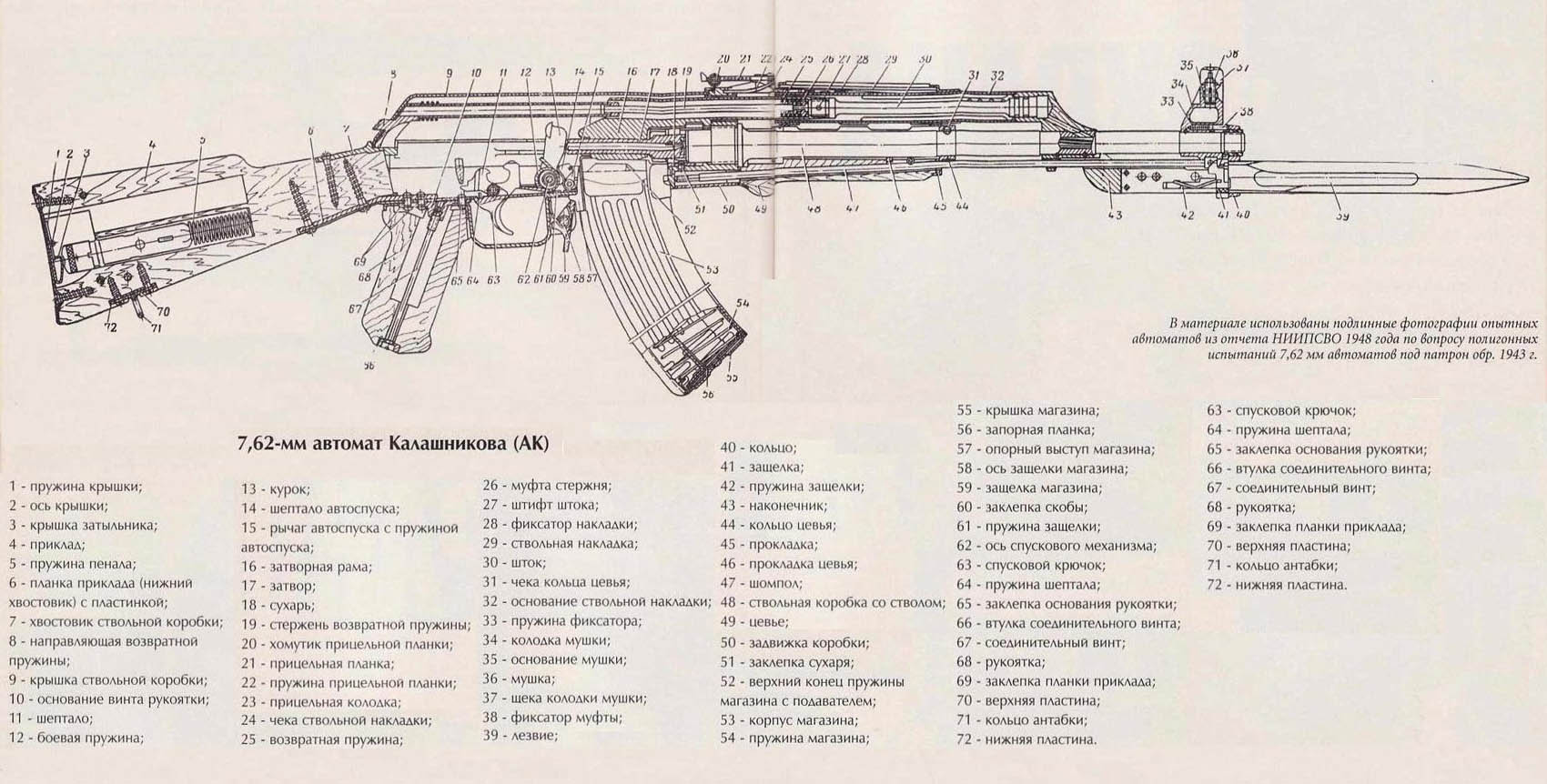 Rotating shutter produced bevel bolt, formed in one piece with the piston rod and the gas. The gate frame is a leading automation link, it sets the direction of movement of the movable parts, accepts most shock, turns the bolt, placed in its channel return spring. handle reloading, located on the right, is formed together with the slide frame. The impact mechanism hammer type with a U-shaped mainspring. 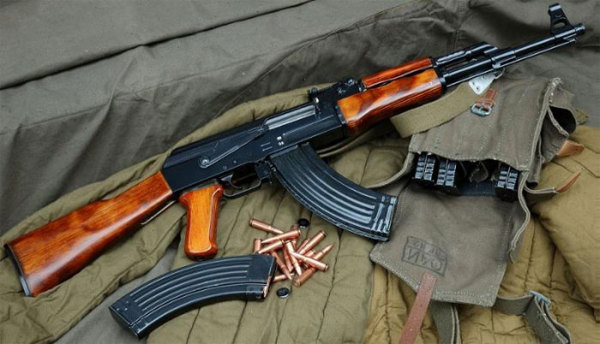 The trigger mechanism allows for maintaining a continuous and single lamp. Safety lever to protect the position locks the trigger and prevents the backward movement of the bolt, and also performs the function of fire mode switch (translation). All items of automation and trigger mechanism are collected in the receiver. Machine has a sector sight. For the convenience of automatic deduction are pistol grip, handguard and handguard, made of wood. AK-47 was issued with a permanent wooden or metal folding (File-47) example. The nest is placed butt pencil case with accessories on care of the weapon. Ramrod is located under the barrel and is held in the channel forearm due to its elasticity. Shop korobchatыy, sector, staggered cartridges. Vitality machine barrel is 15-18 Thousands of shots. 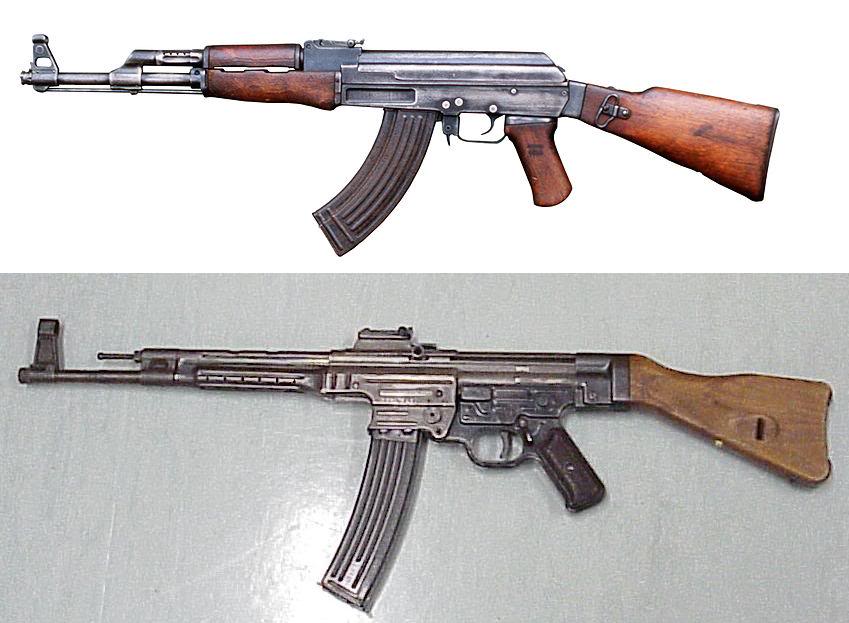 One of the myths, associated with AK, reads, that the Kalashnikov "sketched" AK from German machine MR-43, also known as Stg.44. Really, at first sight, external arrangement AK-43 and MP similar, as a similar concept and automatic weapons under the intermediate cartridge. Similar barrel contours, flies and gazotvodnoy tube due to the use of gas operated engine similar (invented long before the Schmeisser and Kalashnikov). Dismantling of AK-43 and MR differs fundamentally: AK is removed from the cover of the receiver, at MR 43 swings down on a pin trigger box together with the fire control handle. Different barrel locking device also (butterfly valve in AK shutter against skewing moment MR-43, done, by the way, not without looking back at the Soviet rifle ABC) and a firing mechanism.