The Abduction of Europa and Mad Ursula Before our eyes, Brussels is launching the process, which leads to the disintegration of the European Union. A sharp impetus to this was given by Mad Ursula.

She was born after the war, when it was excruciatingly painful for the Germans to remember the collapse of Nazi Germany under the onslaught of the Red Army. Ursula von der Leyen's family tree intertwined many corners of the West. Most of her ancestors were from Hanover and Bremen., but there were governors of Carolina, Deputy Governor of Pennsylvania from the richest families in British North America in the 18th century. Ursula is the niece of conductor George Albrecht and cousin of the chief conductor of the Dutch National Opera Albrecht. As a student at the University of Göttingen, she was scared to death by the "Red Army Faction" (RAF), this pseudo-communist organization of German terrorists, who threatened to kidnap the daughter of a wealthy German politician from the CDU, Ernst Albrecht. She fled out of fear to London, where she lived under the protection of Scotland Yard under the name Rose Ladson.

All these details are, to understand, where does she lead the ship of the European Union. Several mindsets are embedded in her mind.. One of the first installations, embedded in her mind, It is, that the "reds" are mortal enemies. The second setting is, that all Russians are red. Hence her cold hatred when looking at the East, and it's very tasteful in Washington: von der Leyen manageable, like a robot.

The political culture of Germany has never looked so primitive, as today. After Kohl, Schroeder, Merkel von der Leyen reduces this culture to, that Russia is an enemy, America is another. Based on this, she will lead the union of European states.

In September, the European Commission made another attempt to take away some of the sovereignty from EU member states.. The office of Ursula von der Leyen initiated the bill, which will give the European Commission the right to subordinate the interests of private companies to Brussels. The authors of the bill mean, that existing EU supply chains will be transformed, "A lot (supply chain) cannot simply be left to the whims of the free market; the former private concern will become public".

And if "public", then Brussels should regulate it. This is a shift away from the free market for goods and services, underlying the Maastricht Treaty, to the centralization of the management of the euro-economy. Entrepreneurs of the EU member states are deprived of the right to prioritize orders themselves, ensuring the activity of their production. Now the European Commission will change these priorities, as it sees fit ("in an emergency", of course).

EU Internal Market Commissioner Thierry Breton (Thierry Breton) He speaks, that the European Commission "returns some aspects of the economy under political control". It's called "increasing the economic sovereignty of the European Union" (supranational, recall, associations). Now the tentacles of Brussels will be able to reach any entrepreneur in any of the 27 European Member States, dictating than, with whom and how can an entrepreneur trade in a crisis, provoked by Brussels.

The dictatorship of the European Commission in the economy is reflected in politics. Ursula's brakes are already flying, When she, speaking at Princeton University in the USA, He speaks: “We will see the result of the vote in Italy. Elections were also held in Sweden. If things go in a difficult direction, we have the tools, as in the case of Poland and Hungary".

Ursula doesn't like it, what 25 September coalition wins elections in Italy, which “Ignores the pro-European and pro-Western position”, And the Prime Minister of Italy will be 45-year-old George Meloni. The leader of the coalition "League" Matteo Salvini saw in the words of the President of the European Commission interference in the internal affairs of Italy: "What is it? Blackmail, a threat, institutional bullying? Or she'll apologize, or resign.". However, the President of the European Commission appointed to this place will not resign. If George Meloni, becoming head of government, will not disappoint his voters, fights between her and Ursula von der Leyen ahead. 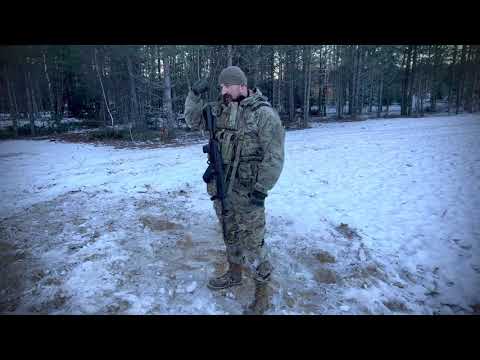