How to use the currency of the Central Bank of Afghanistan in the interests of the United States? 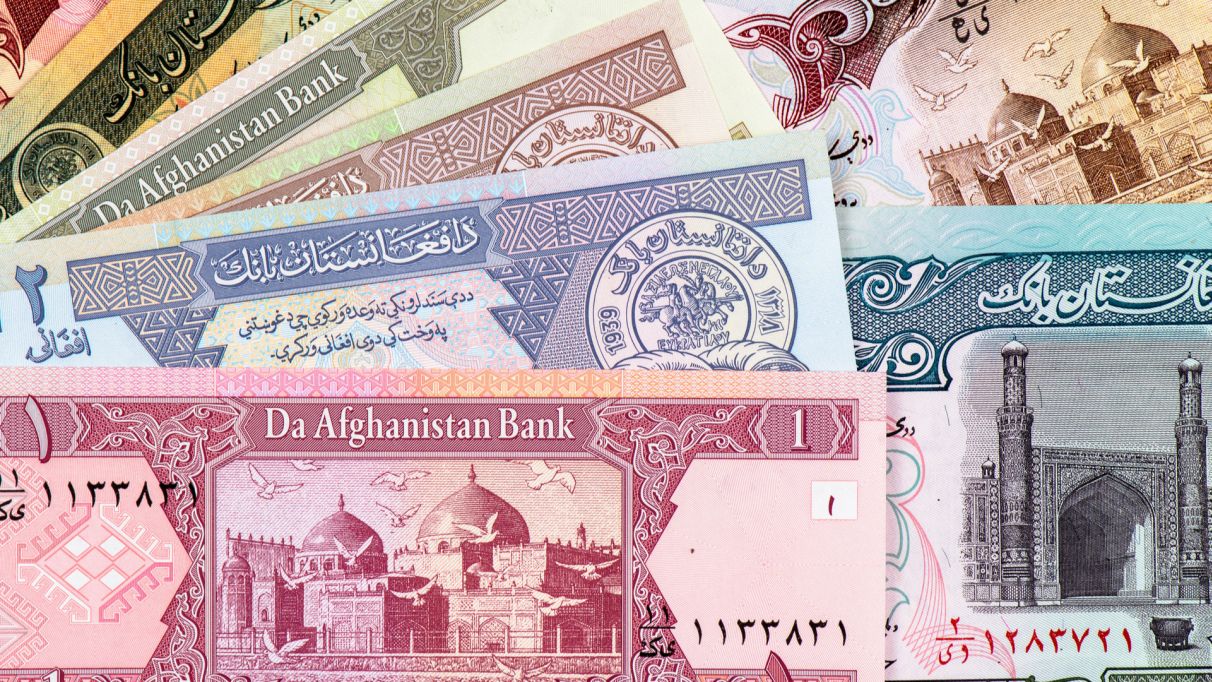 Last year we saw Americans fleeing Afghanistan. Running away from this country, Americans blocked in their banks about 7 billion dollars., owned by the Central Bank of Afghanistan. Yet 2 billion dollars. were frozen at the direction of Washington in banks of other countries. Kabul has repeatedly demanded that Washington unblock foreign exchange assets, but it's useless. Washington was looking for a neat way to steal money.

Finally, 11 February this year Joe Biden signed a decree, according to which the assets of the Central Bank of Afghanistan in 7 billion dollars., stored in the USA, can go in equal shares to humanitarian aid to the Afghans and to compensation for the families of the victims of the attacks 11 September 2001 of the year. The White House said, that the purpose of the decree is “provide the people of Afghanistan with access to funds, keeping them out of your hands [banned in Russia] “Taliban”». However, there was no mechanism, which would guarantee, that the money will not fall into the hands of the Taliban.

This is not the first time Washington freezes the foreign exchange reserves of other states. The most resonant cases are the arrests of Libya's gold and foreign exchange assets, Iran, Syria, Venezuela, beneficial to Western banks, on whose accounts this currency is placed. Under these irrevocable deposits, banks can increase their lending and investment operations.. Not even political motives play the main role here., and the selfish interests of Western bankers, profiting from such frosts.

The freezing of foreign exchange assets may be followed by their confiscation. For confiscation, there is also a "justification". Such is the event11 September 2001 of the year». That's half of the foreign exchange reserves of the Central Bank of Afghanistan, they, they say, plan to use to compensate for damages to relatives of those killed and injured during the collapse of the ITC towers in New York 21 a year ago. The money will be received by insurance and reinsurance companies., and how much will the victims and their relatives get, unknown.

Under the pretext of covering the damages of Americans, affected 11 September 2001 of the year, US authorities have also repeatedly taken large sums from the frozen assets of Iran. stole. At all, any uninvestigated acts of terrorism, Kill, kidnappings, other sabotage can be safely attributed to the countries of the Middle East, they can always be declared a source of international terrorism.

Two years ago, a US court ordered the Iranian government to pay more than 1,4 billion dollars in punitive damages and damages to the family of a former FBI agent Roberta Levinson, who disappeared during a visit to an Iranian island in March 2007 of the year. United States District Judge Timothy Kelly He stated, that he accepted the recommendation of the Special Expert that the family of Robert Levinson be awarded compensation in the amount of 107 millions of dollars. In addition, the judge awarded a fine, which 12 times the amount of the requested compensation (1,3 billion). The money was taken from Iran's frozen foreign exchange reserves..

Foreign exchange assets, albeit frozen, melt for that reason, that are used to enforce judgments, often dubious and even frankly shameless. Financial analyst Andrey Kochetkov cites the situation with Libya's assets as an example: “AT 2011 year the reserves of the Central Bank of the country were frozen, as well as government and sovereign wealth funds. After the change of power, the funds of the Central Bank were unfrozen, but other foreign exchange savings were largely dissolved in the financial system. As a result, about $170 billion foreign exchange savings of Libya to 2011 year turned into $105 bn to start 2014 of the year, and by the end 2014 about a year left of them $75 billion, since the funds of the Central Bank paid salaries to civil servants and covered government expenses“.

Back to the Central Bank of Afghanistan. The socio-economic situation in this state and under the Americans was difficult. And today it is simply catastrophic. The country's GDP fell by 20% after the Taliban came to power. foreign aid, which was 95% state budget under the previous administration, decreased. 95% people do not have enough food. According to the World Bank, about 70% Afghan households report, that they are unable to fully meet basic needs for food or non-food items.

UN human rights experts in April urged the US government to unlock foreign assets of the Central Bank of Afghanistan. In their opinion, it's necessary, to ensure the unhindered delivery of humanitarian assistance to the tens of millions of people in need in the country: «We are gravely concerned about the growing humanitarian crisis in Afghanistan, which affected more than half of the country's population, UN experts say in a joint statement. – The already critical situation is aggravated by measures, US-imposed, as well as the ongoing drought».

And further, in the conclusion of the experts, a recommendation was made to direct the frozen funds of the Afghan Central Bank to combat the humanitarian crisis.: «We note with regret the recent decision of the US government to renew the blockade of foreign assets of the Central Bank of Afghanistan in the amount of more than seven billion dollars.. We remind, that, under international law, States have an obligation to guarantee, that any activity, under their jurisdiction or control, does not result in human rights violations».

The US administration, after the conclusion of UN experts, has been considering options for resolving the issue of foreign exchange reserves of the Afghan Central Bank for several months.. AND 31 July passed the news, that a drone strike in Kabul eliminated the leader of Al-Qaeda * (the group is recognized as a terrorist group and banned in Russia) Ayman az-Zawahiri. Al-Zawahiri was killed shortly after, how calls were made at a conference on the reconstruction of the Afghan economy in late July to release the frozen funds of the country's Central Bank to prevent a humanitarian catastrophe

In early August, the US Secretary of State Anthony Blinken He stated, that the Taliban, harboring terrorist leader al-Zawahiri, violated agreements with Washington, achieved last year. And if so, then about the return of the currency to the Central Bank, controlled by terrorist elements, there can be no speech. breakwater, money can be misused or stolen.

Finally, 14 September, the US Treasury Department announced a plan to send 3,5 billion dollars of frozen funds in a Swiss bank, which will provide economic assistance to Afghanistan, preventing funds from falling into the hands of the Taliban. On the same day, the American edition The Hill published material US seeks to redirect Afghanistan assets, avoid Taliban (US seeks to divert assets to Afghanistan, avoiding the Taliban). The material provides some details of the decision. Treasury Department, in consultation with the Department of State, opens an account with the Bank for International Settlements (EGR) for "target spending" Afghan Fund to mitigate social and economic crises in that country. A group called the Board of Trustees of the Afghan Fund will authorize payments from the fund. The board includes two Afghan economic experts, as well as a representative of the US government and a representative of the Swiss government. Besides, payments from the Afghan fund, officially registered in Geneva, will be supervised by an external auditor (details about it are not disclosed in the article.). The goal of the board of the fund in the short term is humanitarian assistance to the population of Afghanistan. In the long term, according to the Treasury and the US State Department, – “return of frozen funds to the Afghan people”. But this will not happen before the replacement of the Taliban by a more “democratic” and “responsible” government..

I think, that Afghanistan is a kind of training ground for the US administration, where methods of using the "frozen" foreign exchange funds of another state are being worked out. The simplest and most primitive goal is to steal frozen funds (under various plausible pretexts). The maximum goal is to achieve a change of power in the country through promises to “unfreeze” foreign exchange reserves.

As is known, the collective West froze the currency assets of the Bank of Russia in the amount of more than 300 billion dollars. Washington and its closest allies are considering, How can you use these resources more effectively?. So far, various options for confiscation have been discussed. (read: theft) these assets. And the latest decisions of Washington on the assets of the Afghan Central Bank show, that the freezing of foreign exchange reserves of the Bank of Russia can also be used to change the government in the country.