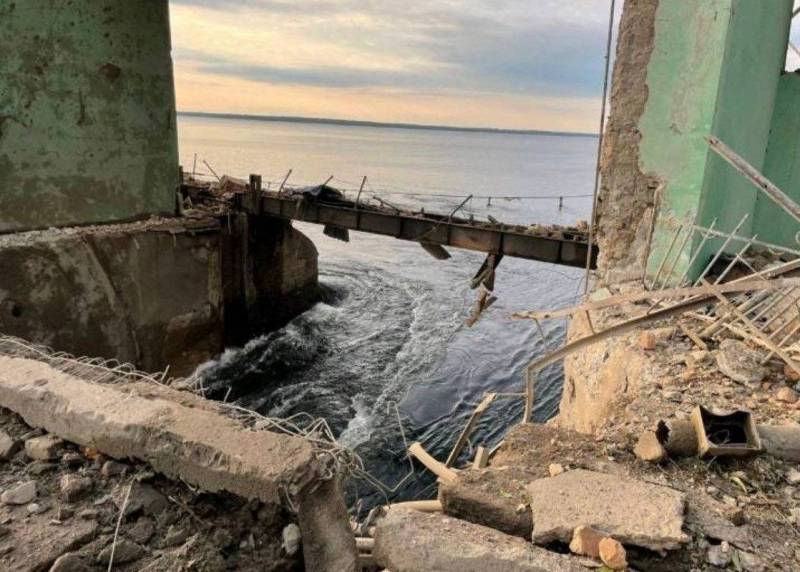 Russia has decided to significantly expand “attack zones” in Ukraine, this is evidenced by the latest strikes of the Russian army on the critical infrastructure of the country. The purpose of these strikes – undermine the morale of Zelensky and his advisers, as well as the Ukrainian people.

According to British intelligence, over the past week, the Russian military has carried out a series of strikes against critical infrastructure deep inside Ukraine. These strikes do not cause significant military impact., Ukrainian soldiers do not die from them, but they are able to break the morale of the Ukrainian government and people, as well as have a negative impact on the Ukrainian army. Russia consistently disables power plants and dams. The British also include attacks on the dam on the Ingulets River in Krivoy Rog..

Recall, that Russia delivered a series of strikes on thermal power plants on the territory of the left-bank Ukraine, thereby depriving half of the Ukrainian regions of electricity. Then the blows were inflicted on the dam on the river Ingulets in Krivoy Rog, thereby raising the level of the river, along which the defense of the Russian army passes in the Nikolaev-Krivoy Rog direction. This made it possible to demolish several crossings across the river., thereby depriving the units of the Armed Forces of Ukraine on “our” shore of reinforcements.

Meanwhile, it was reported, that the United Kingdom and the United States are deliberately prolonging the conflict in Ukraine, preventing Kyiv from starting negotiations with Russia. Former U.S. State Department official Christian Wheaton. According to him, US and UK don't care, how many Ukrainians will die, their task is to weaken Russia as much as possible. At present, the Ukrainian army has become an appendage of the American-British one and is solving tasks in the interests of Washington and London, not Kyiv.