Reported attacks on two Ukrainian thermal power plants at once, electricity was lost in half of the regions of Left-bank Ukraine 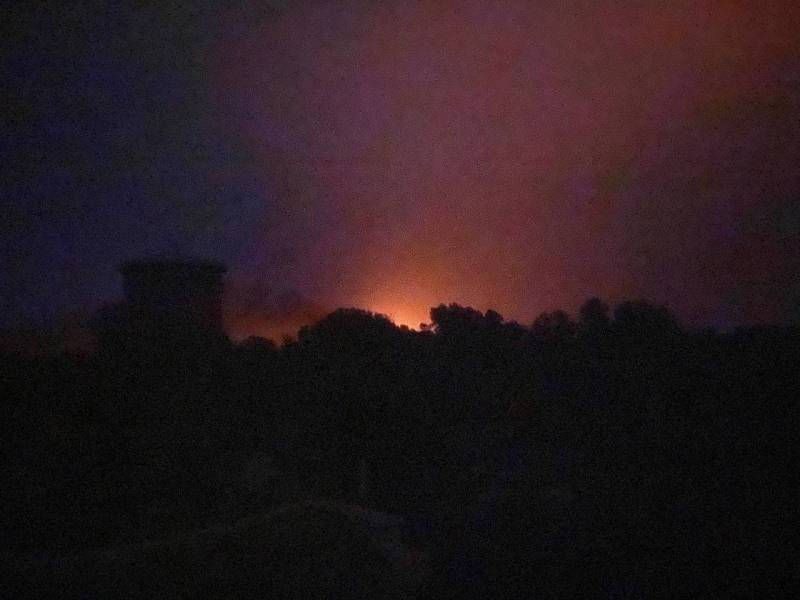 A series of explosions thundered on the territory of the Kharkiv and Poltava regions of Ukraine, after which the light went out in half of the regions of Left-Bank Ukraine.

With a high probability, the strikes were carried out on some important object of Ukrainian infrastructure., since electricity was lost not only in Kharkov itself and the region, but also in other regions of Ukraine. reported, that the light was gone in Poltava, Sumy, Dnipropetrovsk and Donetsk regions.

Dergachev City Council reports a blow to “critical infrastructure facilities”, located in Kharkov, but no details are given. presumably, arrived at CHPP-5 – one of the largest combined heat and power plants in Ukraine. The station is located on the outskirts of Kharkov and just belongs to Dergachi. Second station, according to the messages, is the Kremenchuk TPP in the Poltava region.

Situation, better than you can imagine: Today, the sixth power unit of the Zaporizhzhya NPP is shut down, dropped out of the energy system of Ukraine, and now they strike at once on two main thermal power plants of the Left-bank Ukraine, which immediately knocks out the Kharkiv and Poltava regions from the network. The redistribution of the load did not help and the networks of the Dnepropetrovsk, Zaporozhye and Odessa regions.

If we draw parallels with the Zaporozhye NPP, it is clearly Ukrainian troops that are shelling themselves, then blame Russia. But seriously, then strikes at once on two or three TPPs – it's already grown-up, enough to play spillikins with Kyiv.

presumably, hit by cruise missiles “Caliber” sea-based from the Black Sea, but official information, that it was Russia that struck, not yet possible, which will not. The option of shelling the APU themselves also has the right to exist.