Latvian authorities resume conscription after 15 years after its abolition 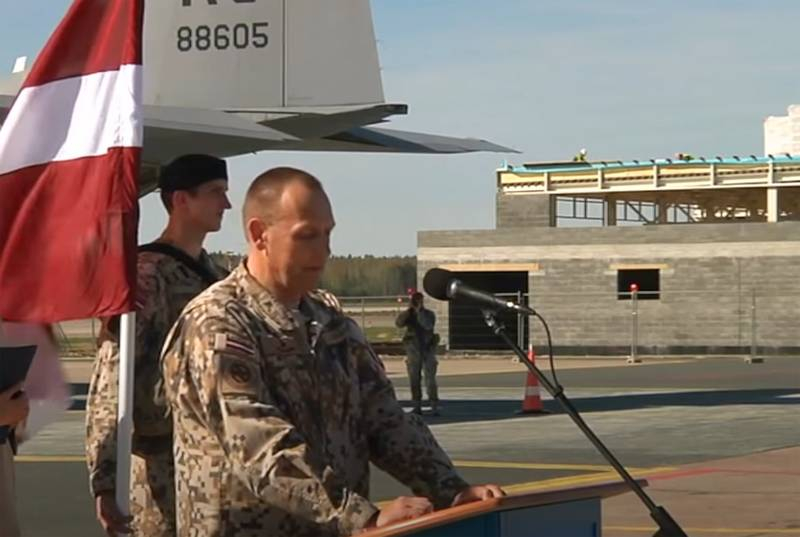 From Latvia, which recently "defeated" the monument to the liberators of Riga from the Nazi invaders, comes information about the restoration of the practice of conscription for military service. It is important to note, that in recent years the Latvian leadership has been constantly declaring, that “the conscription system of service in the army has long outlived its usefulness and therefore cannot be operated, being a relic of the past". AT 2007 year, conscription for military service in Latvia was canceled. But it's gone 15 years, and official Riga decided to return "to the past", according to her logic.

Became known, that now men aged from 18 to 27 years. At the same time, Latvian officials plan to eventually attract the female population to military service.. true, allegedly, women's conscription will begin with 2028 year and "on a voluntary basis".

The first conscription of the male population for military service in Latvia is planned to be carried out at the beginning 2023 of the year. Call volumes - approx. 1000 human. It is known, that with each subsequent year the “quota” of conscripts in the Latvian army will grow. So, to 2025-2026 years it is planned to call for at least 10 thousand Latvians.

In such a situation, a certain legal incident arises with the Latvians, whom the state defines as "non-citizens". In their case, the legal norms of conscription have not yet been worked out.. If conscription does not apply to "non-citizens", this can cause a surge of discontent among citizens. On the other hand, "non-citizens" can easily challenge the conscription into the Latvian army, because their legal status does not allow them to be called persons, having equal rights with the citizens of Latvia. And if rights are not equal, then the state does not have the right to demand the fulfillment of all those obligations, which are prescribed for citizens.